The 3D printed bicycle is one of the innovations in technology using additive manufacturing technology.

When I first heard of a 3D printed bicycle as a means of transport, I thought it was a joke. But the technology that has made 3D printing a reality has turned this science fiction idea into something that could soon be revolutionizing the way the things we use everyday are manufactured.

At a time when our means of transportation need to be seriously re-examined, a 3D printed bicycle is coming into its own. Can this new technology produce cheaper, more efficient bikes to supply worldwide needs?

Many environmentally conscious people consider the bicycle as the preferred mode of transit. They choose to ride a bike for a number of reasons: bicycles are cheap; they don't use gas; they provide good exercise; and they are fun!

Bicycles have been made from the same basic design, with only minor changes, for over a hundred years. Now, however, how bicycles are made may soon be revolutionalized.

Using additive manufacturing technology, or 3D printing, a group of designers have experimented with making a rideable bicycle with positive results. That is, the bicycle they made with the 3D printing method actually worked.

Even Santa's Getting into the Bicycling Craze!

Bicycle Made on a 3D Printer

What's Your Opinion on Making Bicycles with a 3D Printer?

Do We Really Need to Use 3D Technology to Make Bicycles?

Build Your Own 3D Printer

3D Printer How to Book

Manufacturing bicycles and other ordinary products using 3D printers enable these products to be made without the carbon and other polluting emissions that a large factory would produce. They can also be made on site wherever they are needed. This could be helpful to people working in remote areas, especially during humanitarian relief efforts.

This new technology doesn't require urbanization as a direct result of manufacturing products. These products can be made locally and can use a variety of materials to do so. In effect, if used well, this technology could empower even a very small village to manufacture items to meet their own needs as well as items they could sell elsewhere.

These benefits to the 3D printer technology were not ones that were obvious to me as I first explored the possibilities. I now appreciate that this technology could be a major shift in how manufacturing occurs as we move into the future.

Should Bicycles Be Made with 3D Printers?

Now if you are anything like me, you couldn't help but think that the bicycle made with the 3D printer in this video was a bit lacking somehow. Wobbly and fragile, it looked as if it would fall apart with the slightest tension, never mind how it would hold up in an accident.

But of course, this was only a prototype. The designers were merely experimenting after all, and the real achievement was that they could make something that held up and that someone could ride around the yard.

Will a 3D printer model hold up to safety standards? If they are made for children, will they withstand the bang-ups that most kids' bikes have to take as the child learns how to ride? And what about racing bikes or mountain bikes -- will the 3D process make bikes that will hold up under tough conditions?

These were some of my initial questions. In looking at the designer's website, however, I read that far from being more flimsy than a traditional bike, the 3D printer version, called the "Airbike," is strong enough to replace steel or aluminum, and requires no maintenance or assembly, as several of its parts are made as one unit. It can also be made to order to accommodate special requirements, such as the rider's height, etc., and so needs no adjustment after the fact.

As far as safety goes, this same process has been used for aviation purposes and so is appropriate for high stress areas.

And so most of my concerns have been answered by what I've read on the subject.

If we have to have new bikes, making them in a way that minimizes waste and carbon emissions is a positive development.

Places to Learn More about the 3D Printed Bike

How Will This Technology Transform the Manufacturing Process?

Check What You Can Get on Auction

What Is a 3D Printer?

Urbee: Green Car Made with 3D Printer
The Urbee, the first 3D printed car, is also the most environmentally friendly car. Up to 100mpg in urban driving and made to last 30 years.

Write an Article on Wizzley!

Comments: What Are Your Thoughts on the 3D Printed Bicycle?

It is an amazing concept, isn't it? It will be interesting to see how things develop.

The Urbee, the first 3D printed car, is also the most environmentally friendl... Printing in Plastic: Build Your Own 3D Printer (Technology in ...
17%  1   2 sheilamarie
Other Hybrid Vehicles 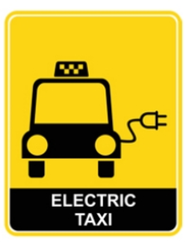 The Urbee, the first 3D printed car, is also the most environmentally friendly car. Up to 100mpg in urban driving and made to last 30 years.
74%  17   5 frankbeswick
Other Green Living Topics

Gardeners do not live for ever, Adam and Eve didn't, but they tend to be healthy.
Loading ...
Error!