Angus Young costumes for Halloween, fancy dress or parties - dress as the world famous rock icon from AC/DC, known for his schoolboy outfit as well as his legendary guitar skills!

Let There Be Rock this Halloween - dress up as Angus Young, the schoolboy guitarist from AC/DC!

Angus Young is one of the most iconic figures in rock music - as the lead guitarist and songwriter from Australian hard rock band AC/DC, Angus is famous worldwide for his legendary guitar skills, high energy performances and for wearing a school uniform!

Angus and his brother Malcolm formed AC/DC in 1973 and the band have been playing their trademark blues influenced hard edged rock and roll ever since. Throughout numerous line ups, Angus remains at the core of AC/DC and the band is acclaimed as one of the most influential in the genre of hard rock and heavy metal.

An Angus Young costume is a great choice for Halloween or Fancy Dress as it's so easy to put together! Just go for a "scruffy schoolboy" look with a school cap, blazer, shorts, shirt and tie, add a guitar and Rock Your Heart Out!

Below is a list of the essential components for a great looking costume. It's an easy outfit to put together as you may well have some of the components already in your wardrobe such as a blazer style jacket, a white shirt, a striped tie, black shoes and grey socks. If you do, then it's relatively cheap to add a few finishing touches such as a "schoolboy" badge and cap and an inflatable guitar and you're ready to rock!

If you're in a hurry and need a costume quickly, why not try a ready made Angus Young costume (pictured below)!

Further down the page, you can find suggestions for suitable items you might need to buy.

Get the Angus Young look with a complete schoolboy costume - great if you need a costume in a hurry!

Just add a guitar and you're ready to rock (see further down this page!)

Be a demonic rock god with these devil horns and tail accessories!

An AC/DC hat makes a perfect schoolboy cap for an Angus Young outfit!

This adjustable size black baseball cap has the iconic AC/DC logo embroidered on it and makes a great schoolboy cap for your costume!

Every schoolboy needs a striped tie! This inexpensive stripy tie is perfect for an Angus look!

A smart plain jacket can double as a school blazer.

This single breasted plain colored blazer can be used for your costume and you can wear it again and again whenever you want to look smart - add a "school badge" below to enhance the effect!

Sew a patch or school badge onto the top pocket of a blazer for a school uniform effect!

Get a "school blazer" effect by attaching an AC/DC patch to the breast pocket of a plain blazer. Simply iron or sew on for an instant "school uniform"!

An Australian schoolboy Rock God costume MUST include short trousers! These inexpensive shorts are available in a variety of colors to match your blazer...and they're great value as they don't need to be altered in any way for your costume, so they can be worn again afterwards!

A simple plain white shirt is all you need

Angus Young wears a plain white shirt. Make your shirt look as scruffy as you can - button it up incorrectly, leave the top button undone and don't tuck it in properly...and of course don't iron it!

Don't have a guitar? No problem - an inexpensive substitute will go great with your costume!

This inflatable guitar features a flame design for ultimate rock star effect and comes at a bargain price to provide the perfect finishing touch to your outfit!

A satchel is a type of small bag once commonly used to carry school books and equipment. Angus Young sometimes wears one hanging from one shoulder. Authentic looking "proper" satchels are not easy to find as they're not much used by modern schoolchildren, but this medic bag has a similar appearance and will give you the desired effect!

Would YOU Dress As Angus Young For Halloween Or A Party?

How to put together an Alex DeLarge costume - the cult anti-hero from A Clock... 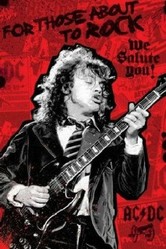 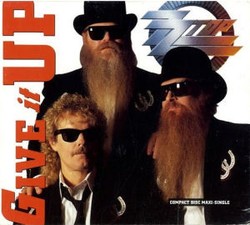 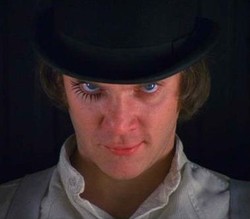 How to put together an Alex DeLarge costume - the cult anti-hero from A Clockwork Orange makes for a great book or movie villain themed Halloween costume or party outfit!
Loading ...
Error!