I talk with Darren Johnson about his musical style, songwriting by inspiration and the challenges and rewards of a life spent making music.

Guitarist Darren Johnson was first drawn to music after hearing his older sister's Beatles records. He says, "I was five when I started listening to my sister's Beatles records. My uncle had a great record collection and when we'd go to visit my grandparents, we'd go down into their basement where my uncle was living and listen to his records. That's where the music first got ingrained in me."

Darren also found himself drawn towards English blues musicians like Peter Green and John Mayall & The Blues Breakers. He started listening to heavy metal as he got older but he says "The blues grabbed me back after I started listening to Jimi Hendrix when I was 13 or 14. I started playing guitar when I was about 14. I started with Hendrix but then I got into people like Muddy Waters and Howlin' Wolf.  I had a band just out of high school. It was a party band and I quit my job fifteen years ago and started playing music full time."

As a solo musician, Darren is able to travel widely and play a lot of gigs. He explains, "I'm very fortunate that I'm a solo act and I can just travel wherever I want. I try to keep writing songs. I recorded a new album last year and I'm going to be working on another one this year.  I'm just trying to make relevant art and keep going. I just want to sustain myself and have a career."

Most of the music he plays is acoustic roots-blues. Darren adds, "I try to play what feels good. I've been playing solo for over five years, but I've always loved playing with a band and I just don't get enough of it, so I'd like to put together a little band that plays a handful of gigs every year and helps me get my fix. It's on my radar so I've been writing some more electric, upbeat stuff for that but my money maker is still solo gigs."

Songwriting is largely based on inspiration for Darren. He says, "I don't really have a process. If you talk to great songwriters, they constantly work at it. They have a time of day where they work at it and a special chair they sit in when they write. I don't do that. I write when it comes to me. I'm good at writing hooks and melodies but filling in the blanks with good material that's relevant is something that I struggle with at times."

He continues, "I'm not really a word person, so it comes in spurts. I'll write a song here and there, but sometimes I won't write a song for two years. I'm always working on something on the back burner. I've got twenty or thirty songs that I'm working on."

The challenges that Darren mentions are two-fold. The first is how crowded the market is for musicians.  He explains, "When you apply to a festival now, they have tens of thousands of applicants so for you to get chosen it comes down to who you know.  Music is an incredibly political thing where you have to know somebody. It isn't always the case, but people who know people often get the better gigs."

The second challenge in being an independent artist is finding ways to distribute his music. Darren says, "It's hard to get your music out and find a good place for it. You see people who have their music on Spotify and they're getting three cents per song. It's ridiculous. I just sell CDs out of the trunk of my car at gigs and if you send me some money through the mail, I'll send you a CD back."

On the plus side, Darren feels that living in the Calgary area has been beneficial for him as a musician. He adds, "You can make a living here. The standard of living is still pretty high and the cost of living is high but you can still do it. You've got to work hard at it though."

His view of Calgary's whole music scene is generally positive. Darren points out, "We've got a great roots scene in Calgary. The blues scene is pretty small and it's taken up by some major players who have a monopoly. Other than that, there's a lot of young kids who are writing in the folk and country vein. I think it's great and I think there's a lot of little venues promoting it. I don't know if there's any money to be made for these kids, but they're out there doing it and I think that's exciting. We've also got a great metal scene and a great punk scene."

In the future, Darren wants to keep maintaining a balance. He says, "I don't want to be a famous guy but I do want to have a lengthy career. I don't want to peak until I'm 55!  I just want to keep getting better. I want to make better music and travel lots. I spend the winters in Mexico and I play down there for three months or so. I want to travel somewhere else for another three months as well. I try not to look too far ahead because you never know what's coming down the line."

Motivation isn't something that he has to seek. Darren explains, "I've always wanted to do this and I've always known that I was going to do it. I think it's inside of me to do it so I don't need to be motivated. I don't watch the news and decide I've got to write a song about it. I'm not like that. It's inside of me and it's all about getting it out."

This profile of Darren Johnson is based on a telephone interview conducted and recorded on Nov. 4, 2016.

Some of the best schmaltzy love songs, with just a touch of nostalgia. 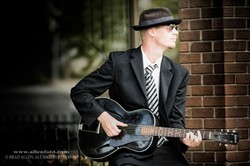 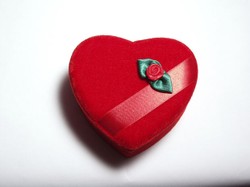 Some of the best schmaltzy love songs, with just a touch of nostalgia.
Loading ...
Error!