I talk to Shannon Quinn about adding fresh twists to ancient songs, finding balance in her career and her sources of musical inspiration.

Shannon Quinn’s childhood was full of musical inspiration. Her father’s a guitarist and both sides of her family have a background in Irish music. She started playing the violin when she was a small child. Shannon explains, "I was drawn to the violin partially through jealousy! When I was in a primary grade, one of the girls in my class brought her violin in to show and tell. I was very jealous that she got all of this attention and I wanted to play the violin too. I progressed to the point that I was playing professionally when I was 10. It became something that I always did and I couldn't imagine any other career choice when I left high school, so it just evolved from there.”

Shannon is currently writing music for an upcoming album and fusing those diverse influences to create a unique sound. She says, "I'm trying to write music that’s new but has an antique sound, so a lot of the chord progressions that I use to re-harmonize traditional material are more pop-oriented. People like what they recognize, so by using certain patterns of chord progressions allows me to give traditional music a fresh spin and broaden my audience a bit more."

Playing very old tunes is something that many modern Celtic musicians are drawn towards in Shannon's view. She says, "If you spend time with the artists who play more modern styles of Celtic music, you discover that their real love is the traditional stuff. They want to play it as it was played hundreds of years ago. In order for traditional music to stay alive, it needs to evolve while continuing to pay homage to the old way of playing the tunes."

She adds, "It's becoming more popular with really young kids to get into traditional music. I think it might be due to the fact that they're bombarded by modern music that doesn’t always have as much substance."

When it comes to recorded music versus live performance, Shannon sometimes finds the recording process to be more nerve-wracking. She continues, "It's a moment in time that's going to be trapped forever. With recording, you have the ability to make a call on what to keep, so you can be a little finicky but you walk a fine line because you don't want to over-produce anything. You want things to sound natural. Playing live you get one shot at it so if it was good, it was good and if it wasn't, it wasn't."

Another contrast between recording music and performing live is the lack of interaction with an audience. Shannon says, "There's no audience to feed off in a recording session. It's just you and whoever's there. They can hear every little sound that you make so that can be more nerve-wracking."

The traditional music scene in Atlantic Canada is a tight-knit community in Shannon's view. She elaborates, "There's a lot of overlap and a lot of artists are playing in each other's bands. A lot of the repertoire gets recycled by different groups, but there are also a lot of people who are doing fresh stuff. For example, the East Pointers are really amazing. They're friends of mine and they're doing some really cool music."

Finding the right balance between playing music and looking after the business side of her career is important for her. Shannon says, "One thing that professional musicians don't talk about very often is how much time we spend not playing music. Time management is important for self-employed artists. You can leave yourself enough time to be creative by getting the managerial stuff out of the way first. Having all of that sorted allows you to relax and work on your music."

The coming year will bring many positive changes for her career. Shannon points out, "I'm working with a new manager named Mark Murphy who is also the manager for the Ennis Sisters. He's helped to propel things forward. I won a couple of Music Nova Scotia awards in 2016. It's my first time being nominated for or winning any awards so that's changed things in a good way. I'm also finishing up pre-production for my upcoming new album. I have a couple of showcases at the ECMA’s in April which is exciting. I'll have a a bouzouki and guitar player from the United States joining me there. His name is Alan Murray and he’s an absolutely phenomenal musician. I'm really looking forward to 2017!"

Shannon’s inspiration comes from her deep passion for making music. She says, “I feel like there’s all of this music inside of me that needs to come out! I can't really stop, it's a bit  like an addiction, so  I have to keep making new music. This is the first year that I've really gone for it as a solo artist. I'm driven to follow that path.”

This profile is based on a telephone interview with Shannon Quinn that was conducted and recorded on Jan. 12, 2017

Lorraine Jordan is a very talented singer-songwriter with a Celtic background... 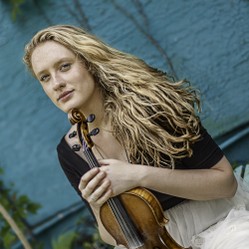 At Saint Patrick’s Day it is a tradition to dress in the colours of shamrock and dance to the tunes of Irish traditional music.
28%  2   3 BardofEly
Celtic Music 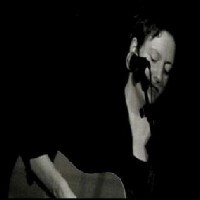 Lorraine Jordan is a very talented singer-songwriter with a Celtic background who has produced some highly-acclaimed albums of mainly acoustic songs.
Loading ...
Error!