I talk to Michael Kolk about his passion for the guitar, the music and composers by whom he is inspired and how he stays motivated and inspired as a musician.

Something in Michael Kolk always drove him towards playing an instrument but it was luck that led him to the guitar. He explains, "My parents tell me that I already wanted to play an instrument when I was five or six. My choices were cello or guitar. There were no places left for cello lessons at the local academy so I took guitar lessons instead. Even from the beginning, I was really interested in the guitar.”

Michael realized that playing the guitar came naturally to him as he grew up. He says, "I still had to practice obviously but I was able to pick things up quite easily. In my early teens, I started taking it more seriously. I practiced a lot more and started taking the Royal Conservatory exams. I got good marks on those which was encouraging. At the end of high school, I asked myself what I wanted to do when I'd graduated. There was nothing else that interested me more than music so it seemed like an obvious choice."

He adds, "Music gradually turned into a career after that point. I started teaching when I was around 20. After that, I started to play in a duo with Drew Henderson. We began recording together and started to do concerts.”

As a classical musician, there are many composers who have influenced Michael on various levels. He says, "I think every classical musician has a reverence for Bach. I'm no different there. One of the great things about Bach's music is that you can play it on virtually any instrument. It transfers so well although it isn’t easy to play.”

He continues, "In terms of guitar composers, I really like Augustin Barrios’ works. He was a brilliant composer. Another classic guitar composer whose work I enjoy is Villa-Lobos. Joaquin Rodrigo is fantastic as well. Outside of guitar, I enjoy Debussy and Ravel and lately I've really been getting into Brahms."

He also cites a number of guitarists for whom he has a deep respect. He says, "One of my earliest influences was Julian Bream. I broke my leg when I was 13 and I had to stay home from school for a couple of months. I listened to Julian Bream constantly during that time and gained an appreciation for the colourful, characterful nature of his playing. There's also the great Italian duo of Lorenzo Micheli and Mateo Mela who are fantastic musicians."

Like many classical musicians, Michael is also an avid fan of many genres of popular music. He says, "I'm a big rock fan. That's something I've been into since I was 10 or 11. I started off listening to Jimi Hendrix and Led Zeppelin and then got into grunge with Stone Temple Pilots and Queens of the Stone Age. Right now, I'm listening to a lot of early Return to Forever with Chick Corea."

Michael's experiences with improvised music have influenced his approach to classical playing. He points out, "I've played blues, a bit of jazz and improvised rock. Having that experience allows me to approach the classical repertoire with more of a sense of freedom than someone who hasn't improvised and has just been reading music."

He goes on to say, "It's a pretty organic process. I like to play with the piece for a while and let it sink in. Different ideas will just come up as I'm playing around with it. It's an intuitive process right now."

Michael approaches recording versus a live performance in different ways. He says, "For a recording, I always try to come in with pretty definite ideas of what I want the interpretations to be at the end and go about making that a reality. In a live performance, it's more free. How I'm feeling on the day, what the room sounds like and even the audience I've got will all influence how I play. To prepare for a live performance, I do a lot of work to make sure I can keep my concentration through a whole program. Playing a whole program from memory takes a lot of mental stamina!"

There are a number of projects that he's looking towards in the immediate future. Michael says, "Drew and I are working on a new recording for the Henderson-Kolk Duo. We're going to do an all Mozart recording. We did a transcription of Mozart's 40th Symphony for guitar which is going on the recording. I'd also like to do another solo record. I want to find repertoire that includes transcriptions or pieces for guitar that haven't been explored by very many guitarists.”

The classical guitar scene is growing stronger across Canada in Michael's view. He elaborates, "Being based in Toronto, I know there are a lot of great classical guitarists here. There are a lot of younger guitarists coming up who are really great players. This scene has really been built up since I moved here 15 years ago. I think it's probably similar across the country.”

However, he sounds a note of caution, saying, "Classical guitar players are getting better and there are more of us, but I'm not sure if the number of opportunities and the audiences are growing at the same rate. We have to make our own opportunities now. Sometimes it's hard to do that and keep the playing at a high level. It requires splitting your time and energy between searching for concerts and promoting ourselves and doing what you want to do which is practice all the time."

Looking for different audiences is one way to create new opportunities. He explains, "It's important to bring classical music to people who are not connoisseurs by putting on an entertaining program that doesn’t lose the integrity of the music. It’s important to try and strike a good balance between music that is accessible and pieces that might challenge the listener a little more."

Introducing the music and talking about it in in more detail can also help keep audiences engaged in his view. Michael adds, "It's something that a lot of classical guitarists, myself included, don't feel completely comfortable doing. I'd rather just get out there and play but I've gotten enough feedback from audience members about how much they enjoyed having the pieces introduced because it guided their listening and gave them something to grab onto.”

Sometimes finding motivation and inspiration can be a challenge for any musician but Michael has learned how to give himself a break. He says, “I'll give myself a break a bit more often now. When I was younger, I had to push through things and force myself to practice a bit more. Now I have a level of technique that's pretty solid. I still have to practice but I know that I can take a day off here and there. Sometimes it's better for my motivation and inspiration in the long run because I can keep myself fresh.”

Another way to keep himself motivated is to play with other musicians. Michael points out, “It’s great to bounce ideas off of other people. It also helps motivate me to practice because I have to play my part well. I really enjoy playing chamber music with other musicians because keeping some variety is important for me to stay focused.”

This profile of Michael Kolk is based on a telephone interview that was conducted and recorded on Jan. 7, 2017.

I met Bonnie Raitt once in Cambridge, Massachusetts in the 70s. It was a meet...

Jimi Hendrix a guitar God and one of the biggest guitar legends of all times ... 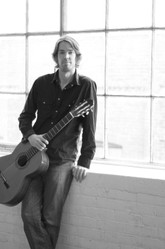 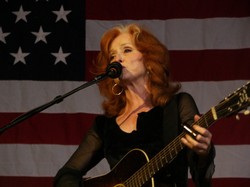 I met Bonnie Raitt once in Cambridge, Massachusetts in the 70s. It was a meeting I will never forget.
43%  5   4 katiem2
Instrumentalists 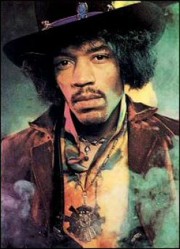 Jimi Hendrix a guitar God and one of the biggest guitar legends of all times Buy Jimi Hendix T-Shirts, Posters and Videos.
Loading ...
Error!