I talk to Glenna Switzer about her lifelong love for music, finally recording her first album and songwriting.

Music has been a life long fascination for Glenna Switzer. Growing up on the farm as an only child she says, “My best friends were my records. I really wanted to take guitar lessons but there were no guitar teachers in Central Butte where I grew up. I started taking piano lessons and I ended up taking fifteen years of classical piano lessons. I still teach piano as a day job.”

After she left home, she bought a guitar at an auction for five dollars. She taught herself to play basic chords and explains, “I’d never written songs before that and I don’t know what it was about the guitar but the songs started coming to me when I started playing it.”

Switzer writes songs based on flashes of inspiration. She says, “I spend a lot of time on the road playing with different bands and songs seem to come to me at 2 a.m. when I’m driving home from gigs. I used to have a terrible time finishing songs if I got interrupted but as time has gone on and I’ve had a bit more practice and worked at it, I can finish the songs and work through them.”

Although Switzer’s first album has been many years in the making, the connections that she’s built over her years of experience in the music industry have proved useful in its creation.  She says, “I was on the board of directors for the Saskatchewan Country Music Association for seven years so I made connections through playing with all of these different people, going to the board meetings and going to the SCMA awards. I’m very fortunate because I have a ton of friends in this business  who didn’t hesitate when I asked them to play on my album.”

She adds, “There were different reasons why I asked people to play on the album. Some of the musicians on it helped me when I was just starting out so having them on my album was my way of saying thank you to them. The other musicians are on my album because I admire their talent.”

One of the musicians on her album, Clayton Linthicum, is a talented young guitarist with whom Switzer first worked when he was only 12 years old. She says, “When he was a kid, I spent a lot of time with him on the bus going to gigs.  He loved all of the music that I loved when I was growing up.. He and I spent hours talking about Buddy Holly. On the album, he played guitar on If You Could Only See which was written after I went to visit Buddy Holly’s grave in Lubbock, Texas. Clayton had to be the one to play guitar on that song!” Making a living out of music is a challenge in the current economic climate as Switzer points out. She says, “Back in the old days, cover bands could play in bars for six nights a week and now a lot of the bars don’t even have bands, rodeos used to have two huge dances on Friday or Saturday nights and now they might just have a beer garden. I think musicians really have to think outside of the box now.”

On the positive side, she says, “Five or six years ago I became a freelance keyboard player. Your weekends start to fill up when you work with other people.  Twenty years ago, you didn’t go help another band out. We were all in competition for the same gigs and if somebody’s guitar player was sick, you didn’t go help them. I think musicians have finally come to realize that it isn’t just a necessity to work together, it’s also a very rewarding experience.”

The struggles that it took for Switzer to make her first album now seem to be paying off for her. She explains, “I’m just riding the wave of my album because it took so long for me to do one. My husband’s a rancher and we went through a mad cow disease crisis in Saskatchewan. I was also raising my kids so there was about a decade where I had about five jobs because we just didn’t have any money. That’s one of the biggest reasons why it took me so long to make my CD.”

Now, she says, “I’m absolutely overwhelmed by the response to the album!  I wasn’t even going to have a CD release for it. It was just a lifelong dream of mine to record an album and I was just going to record it but when the first 500 sold out in ten days, people were telling me I needed an official CD release party. The party happened on March 11th and now I'm working on my EPK. Eventually I’d like to tour with my album and go to some festivals.”

Inspiration and motivation to make music are inherent in her according to Switzer. She says, “My husband’s a rodeo cowboy and he’s 55 but he’s still going to rodeos because that’s what he is and that’s the way with me and music. It just seems that it’s a part of me and I can’t imagine my life without that. I’m very fortunate that I can make a living doing what I’m passionate about. Where it all came from, I don’t know because I’m the only musician in my family!”

This profile is based on an interview conducted via telephone with Glenna Switzer and recorded on July 4, 2016.

The Bitterweed Draw creates energetic, raw country music that begs to be acco... 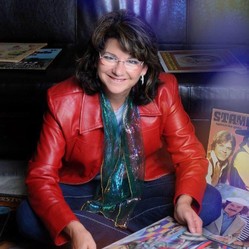 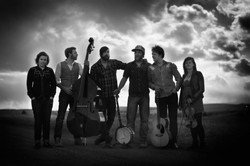 The Bitterweed Draw creates energetic, raw country music that begs to be accompanied by a glass of bourbon.
Loading ...
Error!