Focusing on a specific breed and labeling them as ‘dangerous’ or ‘vicious’ is like racial profiling in humans, saying one specific race is more likely to attack/kill.

In New Hanover County, North Carolina, you cannot adopt a Pit Bull or Pit Bull-mix, or a Chow Chow or Chow-mix dog from a shelter. This policy from the New Hanover County Board of Health also states that if a Pit Bull or Chow Chow (or a mix) is found and not claimed by its owner within five days, then the dog “may be immediately put to death,” (BOH Breed Regulation). The intent of this policy, established in 1994, is to prevent severe or fatal injury by dangerous dog attacks on county citizens. A petition is currently available online in an attempt to encourage the county to change this out of date policy on dangerous breeds. Certain breeds of dog are no more likely to attack than any other, the danger lies within the individual animal and its training.

The CDC has stopped reporting bite statistics by breed, as these numbers are driven by eyewitness reports, and are often very inaccurate. Misidentification of breeds is extremely common; making eyewitness reports an unreliable source. Focusing on a specific breed and labeling them as ‘dangerous’ or ‘vicious’ is like racial profiling in humans, saying one specific race is more likely to attack/kill. The position taken by the American Veterinary Medical Association states, “no breed is inherently aggressive towards humans,” and that regulating one breed simply moves the irresponsible owners to start focusing on breeds that have not yet been regulated, moving the problem to other breeds.

When a breed’s popularity increases it might become the first choice for owners with no prior experience with dogs.  So before we put a label on an entire breed of dog describing them as ‘dangerous,’ let’s first ask, “What proportion of a breed’s owners is knowledgeable about dog training?”  The absolute #1 factor that determines whether a dog will become dangerous is ownership (Fatal Dog Attacks, by Karen Delise). Regardless of the breed, the risk of dangerous attacks can be greatly increased due to improper human interaction such as neglect, fight training, lack of training, careless confinement, and lack of supervision.

If 88% of dog attack related fatalities are 2-year old children who were left unsupervised with a dog, where are the parents?  Perhaps they trusted the neighbors pet because the dog was small or because it looked like a faithful Golden Retriever.  I bet he seemed nice enough.  Maybe they didn’t know that 77% of dog bites are from the pet of family or friends, 50% of which happen on the owner’s property (Statistics about dog bites in the USA and elsewhere).

All dogs are predatory by nature, and improperly managed confrontations can lead to injury from even the most well tempered dog.  Even small dogs have sharp teeth, claws, and powerful muscles in their jaws and legs.  Dogs of all sizes have mauled and killed humans, though a large dog is capable of inflicting damage more quickly. Statistics say that a non-neutered male is more likely to attack than a neutered one, or more so than any female. Yet you don’t say, “That’s a boy dog and he’s not fixed, so he must be dangerous!”  Intact males are involved in 70-76% of reported dog bite incidents and represent 80% of dogs presented to veterinary behaviorists for dominant aggression (A community approach to dog bite prevention, Vet Med Today).

What proportion of dogs involved in acts of aggression against humans came from a known mother/father who exhibited such traits?  Most statistics show the number of dogs in various breeds involved in attacks, but they do not show the ratio of dogs bred in a certain area involved in the attacks,  which could help focus on a specific breeder or pet farm.  As a specific breed’s popularity increases, many people start mating their dogs and selling the puppies, people who know nothing about breeding or genetics (who may not care).  If we were to examine dangerous breeds by statistics, any popular breed may be more likely to show up do the sheer high numbers of how many dogs there are out there, but what are the ratios? Is it 13% of all large breeds attack? Or is it really only .00003%?  Statistically, fatalities due to dog mauling is rare with a dog population of 79 million and less than 30 fatal attacks per year = .0000379% (Fatal Dog Attacks, by Karen Delise).  You are five times more likely to be killed by a bolt of lightning than to be killed by a dog.

The risk of dog attacks can be greatly reduced with proper training.  We need to shift some of the focus away from the animal, and assume responsibility as pet owners.  Educating people on the importance of obedience training for young puppies and how to give proper care to our pets is the first step to changing the likelihood of animal attacks.  Adults can help teach children ways to respect our pets, how not to provoke aggressive behavior, and to never approach a strange animal.  You wouldn’t let your child go play unsupervised with a strange human, would you?  Why should an animal be any different? 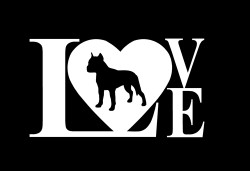 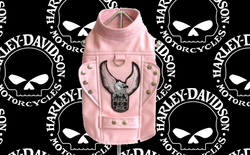 They are the wolves of the street! But they've been saddled with a reputation for being cute and fluffy. This toy breed dog was born to be wild and wants the jacket to prove it!
Loading ...
Error!