Diabetic coma through high blood sugar (hyperglycemia) is completely preventable. That is if you know the symptoms that warn that diabetic coma is imminent. I did not take notice..

Diabetic coma is devastating.
The lead up to hyperglycemic diabetic coma is traumatic.
The clues to the onset of coma are present long before it hits.
Take note of the clues that I did not.
This is a salutary tale from one man who took no notice of the clues, and ended up with blood glucose levels that were 'through the roof', fell into a coma, and was 15 minutes from irretrievable consequences.
But consequences still there were.

Why Am I Writing An Article About Diabetic Coma?

In 2009 I experienced the trauma of going into a hyperglycemic (high blood sugar) diabetic coma. I lived to tell the tale. This is that tale.

This article is the view of a coma victim, who survived the trauma, and is using his experience to give information and hope to those that await the recovery of a diabetic coma victim.

To some extent it was a self-inflicted coma, in that it was a hyperglycemic (hyperglycaemic) coma, brought on by not being diagnosed as a diabetic, and not understanding the seriousness of the symptoms that were manifest.

This is the view of that victim as the problem evolved towards the onset of coma.

Prevention is Better than Control

Diabetic Coma - Could I Have Prevented It?

Yes, of course I could!

If I had been diagnosed as a diabetic beforehand.

It was just after Christmas 2008, the feasting was over. I had an inkling that something was wrong. I had been peeing more often than usual. So, as soon as the surgery was open, I went to make an appointment. As is usual now in the UK the appointment to see my doctor could only be made for 7 days hence. Unless it is an emergency.

Is peeing more than usual an emergency?

You should not make the same mistake.

The 7 days was up. I was peeing even more frequently. I was feeling thirsty more often, and rather debilitated. I thought it was probably the onset of diabetes mellitus (type 2). I had been able to make a late appointment. My doctor saw me. I gave my symptoms and intimated that I thought it could be diabetes. She listened and wrote out a blood-test form for me to take to a blood-testing clinic or hospital.

She neither offered nor proferred any advice about what I should, or should not, do concerning food and drink. It was never even thought about, let alone conveyed.

It was too late that day: the blood-testing centre was closed. The blood-test clinic would not be open for a couple of days, so it would have to be the testing unit at the hospital. I went the next day, early.

I sat around for 2 hours waiting for the blood test to be completed. The blood was extricated (and I do not mean extracted, I picked the word very carefully), after a struggle. Several specimens were taken. They were contained in phials, labelled and lined up in serried ranks with the other unfortunates, ready for experimentation (OK it was only testing, really). I left.

The tests would take a couple of days to be completed, and the results returned to my doctor.

I went back to the surgery after attending the testing centre. I was now feeling much worse. So I requested an appointment as soon as possible.

"Is it an emergency?", the receptionist queried.

I thought it was getting that way.

But try persuading a doctor's receptionist that is the case when you are still walking, and turn up in person. The receptionist thought that, because the doctor would need the results to be available, it would be best to give the appointment for the following Monday - with the weekend in between.

"Safe side for whom", I thought, but did not utter.

This meant I had to wait 5 days.

I never attended the appointment!

Thursday
No food taken in, lots of fluids drunk, lots of peeing. Unfortunately, as I had not been given any advice to the contrary, and perhaps because I was too lazy, or too ill, to investigate it myself, I drank the wrong things. I don't drink tea or coffee. I drink milk - I think I got through a 2 litre bottle; carbonated drink - I thought I would be safe with Coke Zero - I must have drunk 2 large bottles. I also drank diluted squash. Lots of it. You can imagine how much peeing I was doing now.

Friday
I felt pretty bad. I needed to replenish the fridge with liquid sustenance. I purchased some more milk, some more juice, some more Coke.

"You're looking a bit peaky!", came a voice from the till.

Drank milk - it must have been a couple of 2 litre bottles. Same again in Coke, and diluted squash, plus lots of plain water from the tap.

Note: no food passed my lips.

Peeing - on the hour every hour including throughout the night.

Little sleep was had - obviously!

I was now not able to think clearly. I could probably manage to get through to my Monday appointment, before seeing the doctor.

"I do not need to call the doctor out", I thought.

I had to replenish the fridge. I needed more milk, more Coke, more juice.

"You don't look very well at all, today!", came that same ethereal voice from behind the counter.

And I haven't been eating. Maybe that will help!

Now for those of you that don't know the product, it is a glucose drink, advertised as being good for those recovering from, or suffering with, sickness (not being sick). I bought 2 large bottles, no food.

The rest of Saturday was a blur. I must have drunk a large proportion of the liquids, plus more water.

Boy, did I feel ill!

I went to bed at 4:00pm in the afternoon. I survived the night, peeing every 40 minutes, I estimate. I managed to get up in the morning, and go for a shower.

What I haven't told you is that, a couple of years before, I had divorced. I was living in a rented house with two other chaps. You don't need to know, but we had separate rooms and a shared toilet / bathroom. We kept ourselves pretty much to ourselves.

On this occasion it was fortunate for me that one of them had opened his bedroom door and saw me exit the bathroom, after my shower. But it was probably not fortunate for him.

Apparently, I was naked.

He phoned my son. My son phoned the emergency services. My son came over to the house and the paramedics turned up pretty soon after, I am told. Just as well. When the paramedic tried to test my blood-glucose level he could not get a reading. It was off-the-scale.

An ambulance was called.

I was wrapped in a blanket - remember I was still naked. They got me downstairs - with difficulty.

I was dring-dring-dringed all the way to hospital.

Afterwards I was told that the likelihood was, that if they had got me to hospital 15 minutes later, there was no way they could have saved me.

Diabetic coma is a reversible form of coma found in people with diabetes mellitus. It is a medical emergency. Three different types of diabetic coma are identified: #Severe diabetic hypoglycemia #Diabetic ketoacidosis advanced enough to ...

Prevention is better than cure

The moral of the story so far:

This is a cautionary tale, so you do not travel the same path as me.

If you find yourself on the same path, stop, think, look both ways, look again, then cross straight to your doctor's surgery. Do not pass Go. Do not collect £200. This way you can prevent your family from 'Just Visiting'. Preventing diabetic coma is better than having a surgeon trying to extricate you from one. It is not easy. But that is another story!

Diabetic Coma: View From the Inside
Diabetic coma can be seen from the outside, but this time you can read about what it is like from the inside. An account from someone who suffered and survived.
Updated: 12/14/2012, humagaia
Thank you! Would you like to post a comment now?
4

@Katie, funnily enough I'm thrilled too.
And you are right, the worst of downfalls come when we least expect it.

I'm thrilled you're here with us, It is my every hope you maintain the most vital of optimal health. WE never know from one moment to the next what may happen.

H_H it's funny how every ailment we seem to get arrives on a Friday afternoon, just before a long week-end (or a Thursday afternoon around Easter time). It has happened to me so often I have lost count. And the bane of my life has always been the doctors receptionist who thinks they can tell how ill you are just by looking at you.
Our National Health Service is great for some things, but the Service bit could be a bit better.

Years ago I went to the doctor on a Friday for a sore throat and was told if they found anything I'd get a call immediately. Well it was a holiday weekend, and I didn't get told until Tuesday afternoon that I had strep all weekend. We've done well to survive modern medicine.

You need wait no longer, it is published

Chef - You should read the next chapter later this evening! 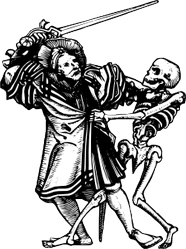 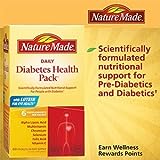