Overcoming children that are very picky about what they will eat.

As a former picky eater myself, I fully understand the thoughts going through my daughters’ heads when they refuse to eat something they really don’t like or, more often than not, something they don't want to try because it is different. And, from my past experience as a child myself, I also know forcing them to eat it will ultimately backfire.
However, my wife and I are always trying to find ways to keep our food budget manageable and, because of that, we can’t constantly prepare separate meals just for our kids. This is why we have put our parenting skills to the test and come up with alternate ways to make sure our children are receiving all the nutrition they need without spending countless hours fighting with them over something they don’t want to eat. 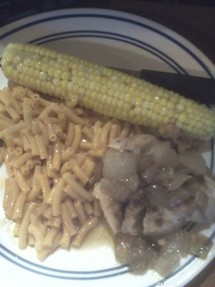 We typically will prepare the meals at least partially with the kids in mind and try to make at least one or two items we know they will enjoy along with maybe an item that they might not necessarily like but will still eat.

When we do this, they are expected to at least try everything on their plate. As long as they follow that rule, the only other requirement is they need to eat at least two of the other food items in their entirety and must have seconds of those items before we will consider letting them have dessert.

Nutrition wise, this does ultimately balance itself out because, while they might skip having meat at one meal, they normally will make up for it at another. This is the same with vegetables. In fact, since switching to this method, they have steadily been gaining weight (something their doctor said was a good thing). That wasn't the case prior to making this change, when we had to fight with them about eating and/or had to make them a separate meal. 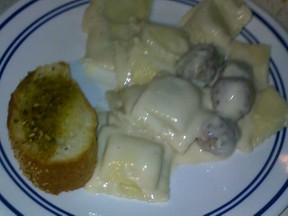 Despite our best efforts, there are just times when we make something one or both of the girls just can’t get enthused about eating. And, while this does prove to be disappointing, we learned a long time ago that arguing about it with them is counterproductive, especially since it means our own food will get cold in the process.

This is why we have a simple and allowable compromise in place just for those occasions. The girls are free to substitute up to two items on their plate as long as they are using something that has already been prepared.

There are two main advantages to doing this. First, we know the girls are getting enough to eat (and are still eating something that is homemade rather than pre-processed). Second, since they are using leftovers, we aren’t spending any extra money and are making sure we will have less food wasted. It’s a win-win situation, especially since we know, from experience, our daughters will ultimately warm up to the food they weren’t interested in eating before.

Kids Eat Better When They Help Plan the Meals 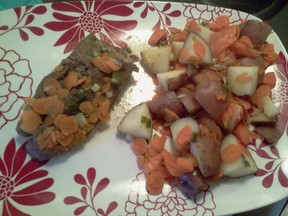 Our oldest daughter, who is the pickier of the two, was an excellent candidate for this because she actually likes helping us cook. She just doesn’t seem to like a lot of the food she helps us prepare.

Now, she’s in charge of planning out two meals each week. And, when she does this, she has some pretty strict criteria. First, the meals have to have most of the food groups, they have to be something everyone (including her younger sister) will eat and she is not allowed to spend more than $15 on the ingredients.

Since she started doing this, she hasn’t fought us nearly as much when we’ve put new foods in front of her because, from her own experience, she now has a pretty decent understanding about just how hard it is to plan a meal on a fixed budget, especially when she can’t get everyone to agree to eat it. And, that is exactly what we were hoping for.

One thing that really surprised us about this though was how creative she has been with it. At first, I thought she would focus on simple things like spaghetti. Instead, she has actually put quite a bit of thought into it. Last week, for example, she came up with the idea of using the slow cooker to make steak, potatoes and carrots and, a few weeks ago, found a recipe for honey mustard pork roast. What was really surprising about that one was everyone, including her sister, loved it. 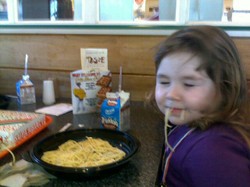 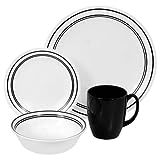 I purchased a package of this soup mix to have with dinner last night. Read to find out why I don't recommend it.
100%  17   11 SidewalkPhilosopher
Other Parenting Topics 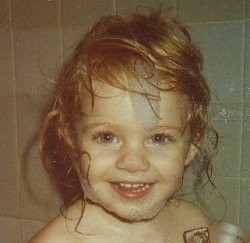 Can you imagine being alone at the age of eleven with no knowledge of your own last name?
Loading ...
Error!