A growing number of people are declaring themselves “sovereign citizens” and refusing to pay taxes, buy licences, or obey court orders.

There has always been a fringe in American society that hates government of any sort. On the extreme right there is the Posse Comitatus (Latin for “force of the county”) whose members claim there is no legitimate government above the county level. This group has also been associated with white supremacy. There are survivalists and citizen militias who practice weapons drills in the belief they have to be ready to fight their own government. The Oklahoma City bomber Timothy McVeigh came out of this seething mass of malcontents. More mainstream is the Tea Party, whose members dress up in tricorne hats and seem to want to take their country back to when such headgear was popular.

The Beliefs of Freemen

A rejection of all government control

The World Freeman Society (that's their logo at left) says “A Freeman is a human being living in a common law jurisdiction under God, who has revoked consent to be governed by human laws.” The “god” referred to is the Christian one.

Writing in The Walrus, Alina Konevski says “Freemen reject police and court authority; they often refuse to pay taxes, mortgages, and even utility bills.” Add to this a refusal to acknowledge passports, social insurance numbers, or any other form of government-issued identification.

Konevski adds that they believe that constitutional protections for freedom of the individual have been taken over “by a ‘corporate’ government in order to enslave the population into a commercial system of debt.”

The FBI says “They do not pay their taxes and regularly create false license plates, driver’s licenses, and even currency.”

In the U.S. law enforcement is concerned about sovereign citizens

This isn’t the real thing; it’s a training exercise in case the real thing happens. The scenario for this simulated event is outlined by Sheriff’s Deputy Richard Saito: “…seven ‘sovereign citizens,’ or militia-styled revolutionaries who advocate the government’s overthrow, assault the port (Port Everglades) by boat. Their goal: steal a shipment of arms and ammunition transiting through the facility.” 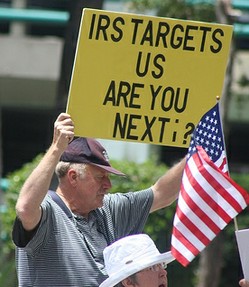 Clearly, the authorities in Florida see the Freemen/Sovereign Citizens as a danger to be taken seriously. Ditto Nevada, where two people face a charge of conspiracy to commit a kidnapping.

Prosecutors say David Brutsche and Devon Newman are sovereign citizens who planned to kidnap a police officer at random. They would then put the officer on trial on charges of violating the right to freedom guaranteed by the Constitution. It seems the verdict was predetermined because authorities say the couple then planned to execute the officer.

According to Francis McCabe (Las Vegas Review-Journal, September 2013) “The two defendants took several actions to further the conspiracy, including training in firearms, producing videos explaining the conspiracy and constructing a metal bar that could be used to detain a person against a wall...”

These are just a couple of the more recent antics of Freemen/Sovereign Citizens. There are sufficient others to prompt the FBI to call the group a “growing domestic threat,” noting that since 2000 “sovereign-citizen extremists have killed six law enforcement officers. In 2010, two Arkansas police officers stopped sovereign-citizen extremists Jerry Kane and his 16-year-old son Joseph during a routine traffic stop on Interstate 40. Joseph Kane jumped out of the vehicle and opened fire with an AK-47 assault rifle, killing both officers.” 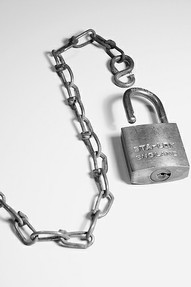 Brian Alexander lives in Kamloops, British Columbia. He refuses to get a driver’s licence and does not pay income tax. (Although, apparently, he does not see the contradiction of driving on roads that are paid for through taxes while refusing to contribute to their construction.)

Alexander is one of a growing number of people calling themselves “sovereign citizens,” who deny that governments have any power over them. He calls himself a “Freeman-on-the-Land” and a “Natural Person.” It’s claimed he is one of 30,000 in Canada, although social media “likes” and “friends” suggest a much smaller number.

Dene Moore, of The Canadian Press reported on the movement (September 2013) and told the story of Daren Wayne McCormick. The Nova Scotia man said he had freed himself from Canada’s gun laws as well as the country’s Criminal Code. Not so, said the judge, and gave McCormick three years in prison for uttering threats to police officers.

One of the leaders of the Freemen-on-the-Land in Canada is Dean Clifford who lives in Manitoba. On his website he says, in the third person and grammatically incorrectly, “His beliefs stem from that 95% of what Government is doing is absolute rubbish and he does not consent to be governed by any of their bureaucrats.”

And, one rather puzzling claim of Mr. Clifford’s is that “They (unspecified who “they” are) know they don’t want to raise any controversy in what they are doing which could insight more people to wake up to the injustices of the system of the corporate governments today.”

Not exactly the intellectual rigour one would expect of a new political movement, but it will have to do.

Another prominent Canadian member is Robert Menard who likes to post rants on the Internet.

Robert Menard Explains (Sort of) His Dislike of Government

However, the Mounties are keeping an eye on anti-government activists

So far, these folks in Canada have restricted themselves to occasional scuffles, yelling, and civil disobedience. However, RCMP spokeswoman Julie Gagnon says the Mounties aren’t writing them off as a bunch of Yahoos: “Individuals associated to this movement are a concern because some followers advocate violence to promote their views and this may involve violence toward police officers. There are officer safety concerns when dealing with followers of this movement during routine police interaction.”

After all, they draw their inspiration from the U.S. where gunplay and bloodshed have become linked to Freemen.

Ron Usher is with the Society of British Columbia Notaries. He says there have been numerous interactions with sovereign citizens because for some unexplained reason they seem to want every document they create notarized. Usher says not all these contacts have ended well, with police being called to deal with disruptions. Usher says the concept of sovereign citizenship appeals “to the angry male whose life isn’t working out very well.”

It does seem to be a bit more than when your six-year-old learns to say “You’re not the boss of me.”

That sounds like the Travellers in this country. They recognise no borders, seem to consider theirselves nomads as they live in caravans or mobile homes, seemingly pay few - if any - taxes and other civic bills, insurance or land rent. They seem to be gypsies in all intents and purposes. And they are linked with a vibrant criminal strand as well, robbing, shoplifting and similar. Showpeople, such as the family of Cambridge graduate Zoah Hedges Stocks, are at pains to point out that they are traditional fair people, who run stalls as a living around the traditional fair pitches in this country and have been known to settle down on legal pitches in their older age to start up a relatively settled life for their children.

Well, world history is full of rebels against bad government. People seem to forget that government, any government, is not a natural law but something created by people, for people. When it stops serving people's interests, it is, sooner or later, removed. Passive resistance is better than bloody revolution, isn't it?

My rant at the extraordinary lengths that people in many developed countries must go to in order to avoid the potential upset by others.
83%  14   6 Jo_Murphy
Political Issues