There is an invisible barrier called the Glass Ceiling that keeps women and minorities from reaching the highest executive positions.

Up until the last few decades the old saying, “a woman’s place is in the home”, was the social norm and those of the female gender were socialized and expected to be the caretakers of their husbands, their children and their homes. Even though society has changed and there are as many women as men in the work-force today, the overall mind-set that women are there for support roles only seems to have taken a strong hold in the corporate world and has hindered it from taken advantage of an incredibly valuable resource.

In the 1988 motion picture, “Working Girl”, Sigourney Weaver’s character, Katherine Lynch, portrays a “bitchy”, conniving female boss who manipulates and takes credit for her subordinate’s (played by Melanie Griffith) idea.  Eighteen years later in the 2008 movie, “The Devil Wears Prada,” Meryl Streep plays the role of Miranda Priestly, a demanding and fearsome fashion magazine editor who spends most of her office time terrorizing and insulting the people that are under her leadership.  The title of this movie is certainly a great indicator of what type of leadership style to expect from Ms. Streep’s character.  These two characters unfortunately portray the once stereotypical leadership style of women leaders in the corporate world.  Perhaps this stereotype came about because men have historically dominated leadership positions in corporations and women have had to present themselves as aggressive, forceful, and willing to do whatever it takes to prove they are competent to hold leadership positions.

Fortunately, in recent years, women have made great strides in proving they are just as capable as men in corporate leadership roles.  And contrary to the stereotypical coercive image that Hollywood portrays, women, like men, can effectively lead, motivate and elevate their subordinates, groups, and teams successfully without having to resort to unfavorable pressure tactics.

Does gender automatically determine a person’s ability to think, learn, analyze, inspire, create, accept challenges, be objective, be decisive, or any of the other traits necessary to be a great leader?  Apparently, in the world of big business that appears to be the case.  Up until the last few decades the old saying, “a woman’s place is in the home”, was the social norm and those of the female gender were socialized and expected to be the caretakers of their husbands, their children and their homes.  The iconic “June Cleaver” of the sitcom Leave it to Beaver is a great representation of what has been historically expected of women.  Mrs. Cleaver not only had the cleanest house in the neighborhood and the most well-mannered children, she had a gourmet dinner on the table by six every evening.  Her husband would delight in the aromas of a meal fit for a king as Mrs. Cleaver greeted him at the door every evening with perfect hair, make up, wearing a dress and high heel shoes.  A woman’s role was/is to support and elevate others in her life to places of greater relevance.

Even though society has changed and there are as many women as men in the work-force today, the mind-set that women are there for support roles only seems to have taken a strong hold in the corporate world and has hindered it from taken advantage of an incredibly valuable resource.  Because of society’s view of how they should behave, females are often raised to act a certain way and over time develop traits to be cooperative, supportive, understanding, gentle, and service oriented.  These traits have been known to handicap women in the business world, keeping them in staff, rather than line positions, and in roles lacking formal authority over others.

Women, over the past 25 years, have increasingly made their way into leadership and managerial positions in the workforce.  Still it remains difficult for women to make it into the top 1% in both the corporate and private business sectors.  The higher up the ladder she climbs, the harder it is to keep climbing.  There is an invisible barrier that keeps women and minorities from reaching the highest executive positions, and those who manage to break through this “glass ceiling” still find themselves making an average of about 85% of the income made by white men in the same positions.

In order to create gender equality in the workplace, you must first improve awareness of the existence of the issue in the workplace.  Within one company, half of the employees may feel there is a gender barrier in place, while the other half is blissfully unaware.  It might be easy to assume that the half screaming gender bias are female, and the men think everything is fine, but there has to be more to it than that.

It is important for everyone to see the varying opinions among coworkers, about gender inequality, and to understand why so many different people might perceive this issue so differently.  If we can understand how job satisfaction might play a role, or marital status, that might make it easier to help remove sexual barriers in the workplace, and for organizations to truly begin to treat all employees equally.

As today’s organizations continually strive for a bigger piece of the pie, the ability to implement change and create a stable working environment has never been more important.
This is more than evening the pay scales for men and women, it’s about changing people’s perceptions about female abilities in the workplace.  Though no one expects change to happen overnight, this battle seems to be moving slowest of all. As today’s corporations grow and adapt from within to accommodate the fundamental needs of their employees, the issue of gender inequality has to be addressed.

While researching this topic, I found that differences in lifestyle and job satisfaction greatly affected people's perceptions of the existence of these gender barriers. It was interesting to see that Companies with the most women on their boards average 26% higher return on investment than the companies reporting the least female board members. With those numbers it is hard to see how a company would half their talent pool by discriminating (intentional or not), and thereby forego “the profitability that diversification makes” (Catalyst.org, 2012). In 2012, Catalyst reported that less than 1 in 10 Fortune 500 companies had even a single female board member. Isn't that shocking?!?

Gender equality is required by the principles of justice, but it is important to remember that people are individuals and cannot be stereotyped into gender. They all want different things out of life. For example, I was years in teaching, but never wanted to be a headteacher, so was I deprived by never having been one? Not at all. My wife turned down an assistant head's job because she wanted a life. I put no pressure on her either way. A woman who wants to reach the top should suffer no unfair barriers, but not everyone wants to get that far, so to measure gender justice you need not only to look at where people are, but at where they want to be.

I entered the work force in 1965. There have been a lot of changes since then but painfully slow. Great article!

Is it okay to date someone you work with? Learn the places to work that find ...

For some reasons, outsourcing is becoming a controversial topic yet many busi... 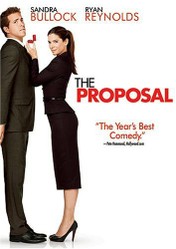 Is it okay to date someone you work with? Learn the places to work that find it appropriate to date co-workers.
76%  14   5 ChrisJankulovsk
Staff Selection 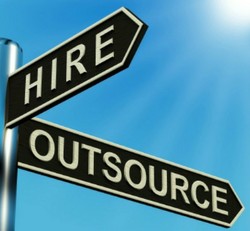 For some reasons, outsourcing is becoming a controversial topic yet many businesses benefit from it. Here are the reasons why companies outsource.
Loading ...
Error!