Glucose levels are measured in mg/dl (US), mmol/l (UK). This complicates writing about a diabetes test. But a glucometer can convert blood sugar monitor readings accordingly.

A glucometer (blood sugar monitor) is a diabetes test machine that calculates glucose levels in mg/dl or mmol/l, by a simple adjustment. Most glucometers can be used in any location whether the local measurement units are milligrams per deciliter or millimoles per litre.
Blood glucose meters are the best way to keep you informed of the current state of your blood glucose. This is essential in understanding how different eating habits affect the glucose levels in blood, and whether overall changes are happening to those levels. This can inform you when pre-diabetes looks to be occurring. The earlier any signs of diabetes are spotted the better the outcome.

Blood glucose levels (or blood sugar levels) are measured in mmol/L (millimoles/litre) in the UK and mg/dl (milligrams/deciliter) in the US.

Of course, the US has to be different (so do a few other countries). The US measurement (mg/dl) determines the concentration of glucose in the blood by weight.

Since we are talking about the same substance, glucose, in each case it is but a simple calculation to determine the conversion rate from molecular weight to actual weight and from litres to deciliters. And it works out to about 18. So there are 18 mg/dl per mmol/l.

I have quoted a range because the normal cycle of food intake and digestion causes rises in the amount of glucose in the blood, specifically after eating.

These levels are not dangerous in themselves, unless they continue at this level for some time.

Blood glucose levels of around 360 mg/dl (20 mmol/l), if they do not decrease, are dangerous.

Levels above 540 mg/dl (30 mmol/l) are going off the scale of the monitors used by paramedics.

High blood sugar is known as hyperglycemia (US), hyperglycaemia (UK).

Or simply a 'hyper'.

High blood sugar is known as hypoglycemia (US), hypoglycaemia (UK).

Hypoglycemia is when blood glucose levels fall below the natural range for your body.

Levels below about 72 mg/gl (4 mmol/l)) can cause a hypoglycemic episode.

These are more dangerous than a hyperglycemic episode, because they come on rapidly. This type of diabetic attack is the most common cause of death in diabetics.

There is much less time to be tested and diagnosed, if a hypo occurs.

And it can happen at the most inopportune time.

I have had several 'hypos', due to medication for diabetes, when my blood glucose level dropped to around 2.3 mmol/l (about 40 mg/dl). These have happened when I have been asleep, and when I have medicated without eating (stupid I know). Thankfully, I woke up sweating and quivering, or realised my mistake.

It is easy to reverse a hypo, if you catch it quickly, simply by an intake of sugary food.

Understanding the symptoms of a hypo and a hyper is crucial though, as to get it wrong could be fatal. Newly diagnosed diabetics have to go through the experiences to know which is causing the particular symptoms.

It is much easier to tell, if you test yourself when you are feeling under the weather,

As I had my glucometer, I could check what was happening, and do something about it.

A glucometer (blood sugar monitor) is essential to test whether your blood glucose levels are above, or below, standard levels.

Whether you have been diagnosed as having diabetes or not, it is still sensible to test for blood glucose levels, with a blood sugar monitor. This is the only way to tell, with any accuracy, whether glucose levels are on the rise, over time. It is a sure-fire way to determine if pre-diabetes is occurring.

With knowledge comes the opportunity to obtain medical assistance at an early stage. The sooner diabetes is diagnosed the less the debilitating effects can be.

In my case I did not do what I am advocating now, with devastating effects. Not only did I enter a diabetic hyperglycemic coma, but this left me with diabetic neuropathies that are irreversible.

I wish I had tested myself using a glucometer.

For a minor outlay I could have prevented things from progressing too far. And that is even though I went to my medical practitioner and told them I thought I had diabetes. Rely on yourself, nobody else, to check your diabetic situation. Do not make my mistakes.

Glucose levels can be high (hyper) or low (hypo). The most dangerous being hypoglycemia. There are symptoms that will let the experienced diabetic know which is occurring. But the best, and only infallible way of telling is with the use of a glucometer.

Using a blood glucose monitor to test for high or low levels is easy and inexpensive. DIY is the only way to keep yourself between high and low glucose levels, with the aid of your glucometer. 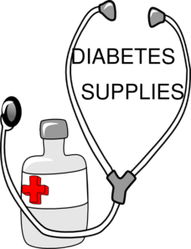 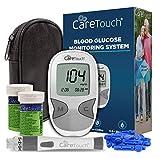