How to estimate construction costs

The key to a successful project and effective cost control is the development of a good estimate as the basis for bid submittal.

The estimate serves as a “flight plan” that is followed by the project team and becomes an essential tool in achieving a profit. If the flight plan is unrealistic or contains basic errors the contractor will certainly lose money. However, if the estimate is strategically calculated and reflects the costs that will be encountered in the field, the chances of a profitable job are greatly increased.

Estimating is essentially the process of looking into the future the future and attempting to predict project costs and resource requirements.  A consistent procedure or set of steps is therefore needed for preparing an estimate to minimize errors and achieve reliable results.

The estimating method depends on the level of design detail that is available.  Before the commencement of design only the conceptual information is available.  A comprehensive unit such as a square foot of floor space or a cubic foot of usable space is used to characterize the facility being constructed.  The representative unit is then multiplied by a price per unit to obtain a gross estimate of the facility cost.  This conceptual estimate becomes useful in the schematic or budgetary phase when design details are not available.  However, the figures developed are of a limited use as soon as design data are available.

Once design details are available the designer maintains estimates of costs to keep the client informed of the general level of costs to be expected.  The production of the plans and specifications proceeds in two steps.  The first step is called preliminary design and offers the owner a pause in which to review construction before detail commences.  This usually takes place at 40% completion of the total design and extends the concept documentation.  This preliminary estimate is prepared by the architect or architect/engineer to reflect expected costs based on more definitive data.

After the preliminary design is approved by the owner, final or detail design is accomplished.  The detail design form part of the plans and specifications that are given to the contractor for bidding purposes.  At this stage the architect or engineer will produce a final engineer’s estimate indicating the total job cost minus markup.

The owner’s estimate is used to ensure that the design produced is within the owner’s financial resources to construct and establish a reference point in evaluating the bids submitted by the competing contractors.

The bid estimate takes place when the contractor prepares his estimate of the job’s cost to include a markup for profit.  This bid as well as the engineer’s estimate require a greater level of effort and a considerable number of estimate hours to prepare.

As the project proceeds from concept through preliminary design to final design and the bidding phase, the level of detail increases, allowing the development of a more accurate estimate.

Markup usually depends on the company's level of growth and strategy. Smaller companies may have a smaller markup as their primary focus is to forge their brand.

Brendon, Contractors must feel quite a sense of achievement when they're able to get cost estimates close to reality early on! What tends to be the markup range for profit?

The nature and assessment of mental disorderson 05/11/2016

How to prepare a detailed construction estimateon 03/07/2016
Ad 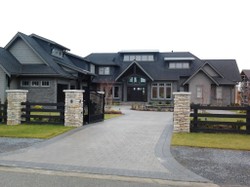 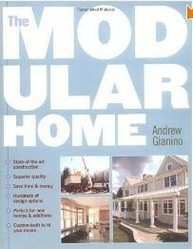 Discover the best places to find modular home floor plans (and plans for mobile homes too), plus find out what the differences are.
Loading ...
Error!