Looking for the right movie that stills your heart and awes the child inside? Here I'll talk about the movie, the romantic novel, and how Miyazaki and Diana created this adventure.

Slowly in the mist, a walking metallic curiosity draws your attention as it passes by a small herd of sheep. Something enchants you about this "castle" as the multiple rooftops strut here and there with those surprisingly stable chicken legs. Then the scene changes to that of a whistling train passing through a quaint European town. A calm young lady busily sews her hats as the windows rattle when the train passes. A subtle introduction to this picturesque and fantastical animated feature instantly gives you a taste for a long train ride through Europe, a travel bug just sinks into your bones as the story progresses. What I talk about here isn't just about the fact that Howl's Moving Castle premiered at the Venice Film Festival in 2004 or how I practically had butterflies tickling my stomach after the film was finished. Going back in time, I bring you back to when Diana Wynne Jones first decides to write a book about a "moving castle" and how Miyazaki brings that story to life on the Big Screen. Follow me as I talk about what this movie means to anyone who has or will watch this incredible piece of art. While you're at it, take a look at the videos on the bottom. If Joe Hisaishi's background music doesn't get you sighing contentedly, the trailer will. Enjoy!

The Beginnings of a Tale Worth Sharing

If you've ever read the book, you could see in the very beginning a page titled "This is for Stephen." Underneath she goes on about how a boy at a school she visited asked her to write something called 'The Moving Castle.' While she liked the idea obviously enough to actually write a book called 'Howl's Moving Castle', the boy's name is forever lost on a stray paper. Nevertheless, Diana made sure to thank him on this page and whether or not he too has read that page, I, too, wish to say thank you. Great inspirations really do come from the most unexpected of places. Like all great ideas, and even in the story itself, the slightest suggestion can turn into big things.

The Film and the Novel

Now about the film, it's not a film that brings Diana's voice to the Big Screen, but more of a respectful, Miyazaki twist on a childhood favorite. Diana had nothing to input to the movie simply because, quoted from when Miyazaki visited her in Wales, "t's fantastic. No, I have no input—I write books, not films. Yes it will be different from the book—in fact it's likely to be very different, but that's as it should be. It will still be a fantastic film." So while the great feature film and the wonderful novel have different twists in the story, and even different views of the characters, both the film and the novel are worth spending a few hours on.

If you like the fairy tale beginnings, the deep insights into plots and characters, and want to know characters more - obviously you would hit the book. However, Miyazaki - no, Studio Ghibli - does something special with this film. From the perfectly romantic landscapes with the painstaking details and brush strokes making the effort worth it to Howl's and Sophie's love war story, Miyazaki brings to life a world of battling air ships, insensitive royals, and double-crossing dogs. Being anti-war, Miyazaki did not make the battle in the land of Ingary pretty. Of course, the film isn't gory or anything a ten year old couldn't see. What's shown are the scenes of sinking ships and houses on fire. Sophie's fierce determination as her home is bombed and Howl slowly transforming into a raven-like monster in order to protect her. War isn't glorious, it's only a shame.

What I love about this film and novel is the perspective on fairy tale traditions. Instead of following the classic idea of the oldest being the first to fail and then going on to how the youngest succeeds and how (usually a he) does it. By breaking the fairy tale tradition, Howl's Moving Castle becomes a sort of tradition in itself. A modern fairy tale set in a fantasy world of steampunk influences and victorian fashion. At first Sophie resigns to her dull life as an exploited hat shop 'heiress'. It is when she finally picks up the willpower to leave the house and see how the rest of the world's doing (A.K.A. her sister) that she gets her life going. That's what I love - she didn't just sit in the tower waiting for prince charming to arrive, she was working hard and taking the next big step in her life and standing up for herself. Then Howl comes along and changes her life completely.

Now what would a lovely getaway be without a wicked old witch chasing after you with walking shadow blobs? The typical villain, well, it turns out she's also the angry ex-lover and the black sheep of the royal academy. Well, her and Howl. No one has just one role in this 'fairy tale' do they? That's the charm of Miyazaki - nothing is what it seems. Hey, Diana too! I know, love them both. Both of them have their own distinct style and way of portraying a story, but because they are different, the story develops multiple levels of meaning and interpretation. Just think of the two as 'alternative realities' - one where the witch is young and evil and the other where she's old and harmless...almost harmless anyway. That's just one fabulous difference.

Unlike Disney where endings are "happily ever after", the film ends with everyone working things out and it seems like the day is good. Yet like the novel, there are still things to consider like rebuilding the town (in the movie) or needing to deal with the chance that another "stupid war" will happen again. Everything works out, but it's not the end, not an "ever after" at least.

The focus on the war aspect of the novel and the relationship between Sophie and Howl does not take away from the delight any of the novel's fans would have seeing Ingary come to life. In fact, the focus is perfect for a movie and Howl's Moving Castle stands up as a Miyazaki film worth watching.

This is just a really random post on what I find so addicting on Wattpad. Can... 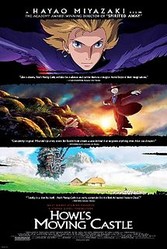 Do you love your coffee? How about Anime? If you do, why get the best of both wolds? Here are some Anime coffee mugs that you can grab online!
29%  2   3 EssentiallyArahs
Anime 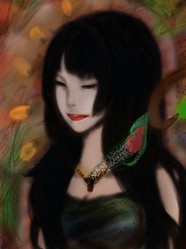 This is just a really random post on what I find so addicting on Wattpad. Can't believe it took me a year to actually get the push to visit the site, I always forget the name...
Loading ...
Error!