The Dirty Catfish Brass Band's tenor sax player, Kyle Wedlake, talks to me about the joy of making music, connecting with the community and spreading positive energy.

A mutual love of New Orleans brass band music first brought the members of the Dirty Catfish Brass Band together in 2011. Their tenor sax player, Kyle Wedlake, tells me that the band originated after their keyboard/organ player Aaron Chodirker had been to the New Orleans Heritage Jazz Festival. Wedlake says, “He’d been playing in (and still does play in) soul cover bands for a long time and he knows the community of horn players here. He thought the Winnipeg scene was missing some of that New Orleans fun he’d been exposed to and he wanted to put a group together.”

He adds, “He talked to some of the horn players that played in his soul band and connected with some other guys that he knew in the Winnipeg community. A bunch of us know each other from doing our university jazz degrees together. Other than that we just combined forces within the community in Winnipeg.”

The band is drawn to the positive energy, the message and the sense of community that is inherent in New Orleans brass band music. Wedlake says, “We like the aspect of the street party and the spontaneity of being able to pop up anywhere. We do a lot of busking around the city and we do some cool gigs like playing during the halftime show at the ‘Bomber games. We also play the concourse an hour before the games to try and get some of that street energy going!”

Wedlake observes, “It’s been eye-opening for us to see this music reach such a wide audience. We’ve got fans that are six years old and fans that are 90 years old.”

Keeping the band's music accessible to a wide audience while still maintaining quality was important for the band from the start. Wedlake explains, “It kind of made sense because we’re all horn players and a lot of us have a history in jazz and improvised music so we mixed those elements in while playing  a more relatable form of music than just performing for a jazz audience.”

The band takes different approaches to the music that they make based on the setting they’re in. Wedlake points out, “We do enjoy writing and arranging and a lot of our focus recently has been on putting together an EP of covers called Big Shiny Brass that we’ve arranged with all of our own influences coming out on July 27, 2016. Sometimes we’ll get hired for corporate functions that have a ‘20’s theme or a New Orleans theme and we’ll stick to more of the traditional stuff there.”

He continues, “We play a pretty good mix of traditional parade standards and our own originals that stem from that lineage as well as covers of ours that are in the brass band tradition. We tend to rework pop tunes pretty hard and bring our own influences into them too.”

Initially the band tried writing music with the full band but Wedlake says they’ve changed their approach over time. He says, “The way that we’ve found to be most successful has been working in smaller groups and having writing sessions with two, three or maybe four guys and hashing out ideas. We really stay focused and try to work through everything. We present it to the larger group when we have good skeleton work and some good material.”

He adds, “Whenever the music  comes into the band we’re always free to go where the band wants to take it so it’s a collective process that way.”

Wedlake has nothing but positive comments about how well the band works together. He says, “This is one project where everyone’s energy is in the right place. There’s zero conflict within the band and there’s no ego involved. Everyone’s skilled and trained so we can work through things really quickly.”

The only real challenge that Wedlake identifies for the band is the transition they’re currently experiencing as a group. He explains, “We’re getting to the point where we might have to be bringing in some new team members as far as management, booking and just making the next leap.”

Winnipeg’s music scene is also something that Wedlake praises. He says, “We feel that it’s such a unique community. It has something to do with our winters I think. Everyone just pulls together and it’s a really unique place.The egos here seem to be really low, everybody plays with everybody and there’s not much cutting down of other people. It’s a great place to be playing music!”

The band’s future direction involves taking things as they come according to Wedlake. He says, “We’re going to keep going with the energy we have. We’ve been starting to get a few more U.S. offers. We’re working on our second full length album after this EP is released. We’re continuing to try to get onto bigger festival stages, pursue more touring options and look at getting more involved with some of the conferences like NXNE and Canada Music Week so we get to be in front of large venue and festival artistic directors.”

Inspiration comes from a plethora of sources for Wedlake and the band.  He says, “We get it from hearing what other brass bands are doing. We get it from working with the talented group of musicians in the band because we do a good job of pushing each other to get better all the time. There’s a real drive within the group to create new music,  hone our craft and continue to grow as individuals and as a group.”

He continues, “It’s inspiring to see the reactions we get from people and seeing smiles and people dancing. We love to see people let loose and remove their daily qualms and afflictions. We love seeing what music can do for the people in our community.”

This band profile is based on an interview conducted with Kyle Wedlake and recorded on June 17, 2016.

It's a typical Friday night at our house. My SO (significant other) is consi...

If you love jazz, nowhere excites the blood more than New Orleans, the cresce... 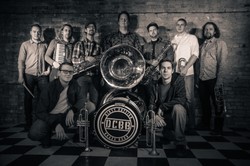 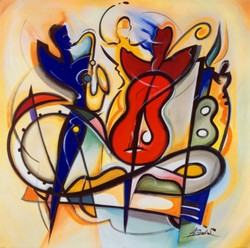 It's a typical Friday night at our house. My SO (significant other) is consistently predictable. How are we going to start our weekend? JAMMING!
13%  0   2 Maritravel
Jazz 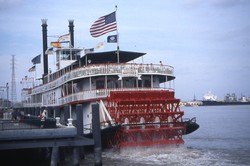 If you love jazz, nowhere excites the blood more than New Orleans, the crescent city that saw the birth of the blues and that still pumps it out day and night, outdoors and indoors
Loading ...
Error!