Lighthouses call something forth from deep within us. Lighthouses symbolize safety and hope in the fog of life.

What is it about lighthouses that seems to inspire so many of us? People love to visit lighthouses as tourists and to photograph them from different angles. Lighthouse enthusiasts fill their houses with symbols of lighthouses.

The sight of them charms us and makes us think nostalgic thoughts about when the lonely lighthouse keeper was responsible for keeping the light burning to aid the traveler on the journey home.

If lighthouses are special to someone you know, I've gathered some gifts that you may want to consider.

I hope you find a lighthouse gift on this page that lights a spark in you!

And on the Isles of Shoals

Because I grew up in New England not so far from the shore, lighthouses have long been a part of my imagination. We spent our summers at Hampton, New Hampshire, sitting on the beach and wondering about the Isles of Shoals that are six miles off the coast. At night we would see the winking light that warned the sailors and the fishermen to beware of the rocks that lurk beneath the waters by the islands.

My father loved to visit the lighthouses up and down the coast, and I can remember a couple of car trips in which whoever was home at the time accompanied him on one of these explorations. We visited the lighthouse at Cape Elizabeth and the Nubble Lighthouse at Cape Neddick near York Harbor, Maine. Dad had been in the Navy during World War II, and these excursions were one of the few times he would talk about what it was like to be out at sea.

Later I can remember taking the ferry out of Rye Harbor with my sisters to get a closer look at the lighthouse on White Island, one of the Isles of Shoals. These were memorable trips.

Available on Amazon or Ebay

Living on a Lake

Saved by a Lighthouse

Lighthouses took on even more special meaning for me when I moved to a home in British Columbia across the water. Because I live inside a nature conservancy, there are no roads to my house and so boating across the lake is the only way I can get home.

The lighthouse on the lake has become a trusted friend, its winking eye a sign of where we are on the lake, especially at night or when visibility is poor. When we see that flashing light, we know we are on course and that home is only minutes away. We can manoeuvre the boat through the waves and find the dock where we can moor. Climbing out of the boat, we look across the lake at that friendly light that has helped us find our way and smile our thank you.

This is what people who live with boats have done for hundreds of years.

While boating across the lake, I have many reveries. First of all, I think of all the Biblical stories of Jesus and his apostles crossing the Sea of Galilee, calming the waves, catching fish, and even taking a step or two on the open sea.

I also think of my grandparents crossing the Atlantic on those great and terrible ships that transported immigrants in the early part of the twentieth century. Many arrived at their destination sick. Others never arrived at all.

My own little passage is tame in comparison. We cross about a 2 1/2 km expanse of lake. The condition of the lake changes from day to day and from morning to night on the same day. Sometimes the lake is calm; at other times, the wind can pick up and the waves can be quite choppy. Visually the conditions change, too. The combinations of clouds and mountains can sometimes seem as if we are living in a fairy land or some kind of Shangri-La.

Although there are times we hardly notice the lighthouse because all is well, at other times when the fog settles in or on an evening crossing, we are grateful for the lighthouse's presence on the far bank.

Lighthouse Are Symbols of Hope

Something about a lighthouse inspires us to move forward when difficulties arise. That steady beacon keeps sailors on course, preventing inadvertent crash-ups on rocks or in shallow waters. So many people are fascinated with lighthouses and their place in history along the coasts of this country and in other places all over the world.

If you know someone who loves lighthouses, or if you love lighthouses yourself, perhaps you will find something on this page that will interest you.

Sometimes It's the Little Touches that Matter

Do You Have a Bathroom Lighthouse Theme?

This Shower Curtain Is Only One of Many Possibilities Available

Legends on the Sea

American lighthouses are famous for a variety of historical reasons. They are also loved for their beauty and aesthetic value on the landscape as well. People love their lighthouses for the way they provide a sense of security. Originally, lighthouses were erected as a consideration for the safety of fishermen and others whose livelihoods depend on the sea. Although they were once operated by a lighthouse keeper and family, today they are automated. However, we still think of the lonely lives of those brave souls who once labored for the safety of others.

Are you a person who has a soft spot for lighthouses? Please leave your story in the comment box below. I'd love to hear from you!

These Antiques Will Decorate Your Home with Nostalgic Style

Here Are Some More Articles You May Enjoy

About Water and Gifts

Lighthouse Ornaments, Pillows, Lamps and Sun Catchers to Brighten Your Home
Nautical decor lovers will enjoy adding a lighthouse or two to their home accessories.

Kayak Gifts
Kayaking is one water sport that lets you enjoy both the quiet of a peaceful lake and the excitement of white water rapids. Find a unique gift for your friends who love to kayak!
Updated: 07/08/2014, sheilamarie
Thank you! Would you like to post a comment now?
4

Comments: Put Your Message in a Bottle and Toss It Towards the Lighthouse

Actually they are based on real structures. Some of them are not working lighthouses anymore but some have become automated and still shine their lights on the horizon. You can still visit many lighthouses.

Always admired lighthouses., some of these antiques and collectible lighthouses are so lovely that I wish there were real structures like them.

@Angel, I'd love to see the lighthouses in North Carolina. I've heard they are very beautiful.
@Samson, thanks. I hope you and your wife get to take a trip to the coast soon. Lighthouses have a romantic draw even for people who have never seen one.
@CountryMouseStudio, I agree. Even inanimate objects can speak to us, if we're listening. I suppose it's the associations we place on them.

It sounds like you live in a beautiful place. It's amazing the relationship we can develop with an something like that.

Beautiful and worthwhile tribute to lighthouses. Personally I've always loved the stately appearance and the significance of their existence. My wife has a number of the collectibles though neither of us have ever visited one personally. Maybe some day...

I have always loved lighthouses. We live a couple of hours from the Outer Banks in NC and visit often. Just beautiful. Great article. I enjoyed it.

Kayaking is one water sport that lets you enjoy both the quiet of a peaceful ...

Kids love to splash in puddles. Keep your child's feet dry with rubber rain b... 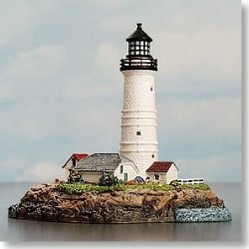 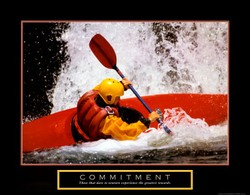 Kayaking is one water sport that lets you enjoy both the quiet of a peaceful lake and the excitement of white water rapids. Find a unique gift for your friends who love to kayak!
50%  6   4 sheilamarie
Outerwear 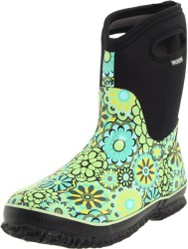