I talk to John Oliver about his roots as a composer, his compositional style and his sources of inspiration.

John Oliver’s musical journey started with getting a guitar for Christmas at the age of eight. He learned to play chords while listening to his father's Gordon Lightfoot records before moving on to private clarinet lessons and playing the flute in his high school band. At the same time, John had started dabbling in composing. As part of his high school classes, he'd done a self-directed study into musical notation from its earliest roots right into avant garde music, so he'd become well versed in contemporary music.

His early interest in composition blossomed once John started studying at the San Francisco Conservatory of Music. After taking a course taught by John Adams, the famous American minimalist composer, his path became clear. He explains, "With John Adams’ encouragement, I dedicated myself to composition. I had been staying up late nights in the practice rooms fooling around with making unusual sounds inside the piano and improvising and writing, so it just made sense.”

Over time, John has been inspired by different composers. He cites John Cage, George Crumb and Karlheinz Stockhausen as some of his early influences. After his interest in avant garde music had developed, he says, "I back-pedalled a bit and looked at Bartók, Debussy and Ravel. Around the same time, I was also getting interested in the Spectralists, so the French influence came in there."

Music with a visceral appeal has always drawn him in. John says, "I've always been drawn to music that has an immediately attractive sound. It's not a musical-intellectual pursuit in my case, even though there's plenty for music intellectuals to explore in my work. I want to communicate the sort of shared, essential things that music conveys to people, regardless of their musical training."

Although John's compositions have evolved over time, there are some basic concepts to which he returns. He explains, "I'm interested in using recognizable musical materials, but always presenting something fresh. It's the job of a composer of art music to be an inventor."

Any device for making sound whether it’s a synthesizer, a tape recorder or an acoustic instrument is fair game for John. He says, "They're all interfaces that excite your musical imagination. I view them all as different ways to access and stimulate your musical brain."

Cool Cut is a piece that he composed two years ago and illustrates his approach to composing music. It sprang from John's early interest in tape recordings, electronic music and the capacity to transform recordings using technology. He adds, "Taking material, working with it and transforming it is the essence of composing music."

Cool Cut is based on Miles Davis' Birth of the Cool album. Although John didn't own the album, he realized he'd heard the whole recording growing up and recalled it note for note. He says, "It has to do with how we remember recorded music. It's like an imprint on our brains. I only discovered that I knew it all once I listened to the whole album on YouTube!"

As he listened to it, he realized that he didn't actually enjoy the experience, but he adds, "When I started remixing it, I was having fun with very familiar material. I thought, 'Wow so this is what all of the remixers are experiencing!' "

His approach to the piece is reminiscent of how Igor Stravinsky approached his Rite of Spring by using elements of Russian folk songs. John says, "I actually got the chord changes and the heads of all these tunes. I was looking at how the head was constructed because the head is usually very highly structured. I remixed tunes and chords and jammed them all together. The result is hybrid music that is constantly recombining and on the move."

One of the challenges that contemporary composers and musicians face is getting support for their music in John's view. He says, "With changes at the CBC around 2008, production and support for ‘art music’ essentially was cut off. We were encouraged to look to private enterprise and philanthropists to fill the gap in public funding. If our music is not heard through major broadcast media, it dies. We also lose track of our own national music and national identity because it’s not being recorded and broadcast.”

Another issue is that the most well-known names in the contemporary music scene are the people most likely to get performances outside of their local area. John says, "It's odd because we live in a time where you can listen to anything from around the world, but in terms of where people make their professional connections and have the music come to life, it's local."

There's also the issue of some people shying away from making references to other music in John's view. He elaborates, "Even if it's unconscious, I get the impression that people are trying to find their voice.  ‘Find your voice' is an oft repeated mantra for young composers. Sometimes I think there may be too much emphasis on that. It fits very well into the 'don't disturb those waters or you may end up being identified with...' sort of idea. People are afraid to reference anything else because of it."

On the other side of this issue  is what he calls the "good student" composer. John says, "It's the composer who has mastered various skills at their chosen conservatory or university but they do something that we've all heard before. They do it well but I wonder why you'd want to do that? I don't know what their ideas are, what their goals are or what their creative being is in the world."

There are two main sources of motivation for John to keep composing. He says, “The process itself is fascinating and if the process wasn’t fascinating I wouldn’t be a composer. What keeps me going is the search for a new combination and what frustrates me is when I can’t quite come up with it.”

He concludes, “Once my job is done and I’ve finished writing the piece, the next step is to share it and see how people respond. I want to see if it serves the process that music is supposed to serve. I want to see if it excites people’s imaginations and gets them talking and thinking.” 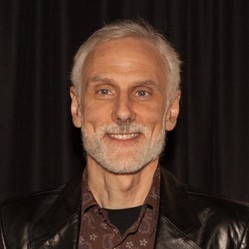