Pepsi-Cola Company executive Russell Arundel, a bit of an eccentric, bought an island off the coast of Nova Scotia in 1948 and declared it a sovereign nation

Outer Bald Tusket Island is a four-acre speck of land off the southern tip of Nova Scotia, Canada. It is quite flat and treeless and its only inhabitants are seabirds, seals, and sheep. Russell Arundel paid $750 (a bit over $7,000 in today’s money) for this less than prime real estate. He put up a stone building to be used as a fishing lodge and declared the island to be the Principality of Outer Baldonia.

Birth of a Nation

It’s likely the creation of Outer Baldonia involved rum; lots of it 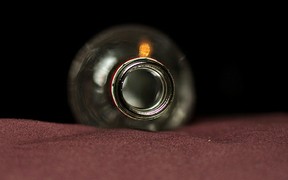 According to Sports Illustrated (1967) Arundel declared his island “an independent principality of sport fishermen, with himself as the ruling Prince of Princes. To surround himself with a suitable court, he installed his fishermen friends - who are businessmen from the U.S. and Canada - as vassal princes, knights and admirals, depending on their prowess with rod and reel.”

There was a “royal palace,” but we must get images of Versailles and Windsor Castle out of our minds. The ruins of this structure show it to have been built from beach pebbles and to have the footprint of a modest garage.

The monarch himself only spent one night in his regal residence, which he confessed to be “Windy, cold, and miserable.”

Within the palace was a “chemical reception chamber” that was responsible for producing the island’s only export – empty beer and rum bottles.

Prince Arundel also endowed his country with most of the trappings of nationhood – coins, flag (right), passport, great seal and crest – all having some sort of piscatorial reference.

The national currency was the tunar.

Every nation needs to have a virtuous constitution

Citizenship was limited to 100 people who had to qualify by landing a bluefin tuna and paying a fee of $50.00.

International law can be so stodgy Russell Arundel set up the Consulate of Outer Baldonia at his Washington D.C. law office and was listed in the American capital’s phone book. The listing resulted in invitations to receptions and official dinners.

The Prince of Princes attended many of these diplomatic bun fights in his official regalia, which was liberally decorated with bottle caps and sardine cans fashioned into medals.

Official recognition was harder to come by.

Outer Baldonia was not welcomed into the United Nations family. It seems the Organization of American States, and the Commonwealth took a pass on it too.

However, the humourless Soviet Union didn’t catch on that it was a joke. In 1952, the state-controlled Literaturnaya Gazeta published a withering attack on the little “nation” as an imperialist outpost operating under the influence of Wall Street. It referred to Prince Arundel as a war-mad “fuehrer,” and sneered at the constitution as a document designed to turn “his subjects into savages.”

Outer Baldonia Takes on the U.S.S.R

The gloves come off 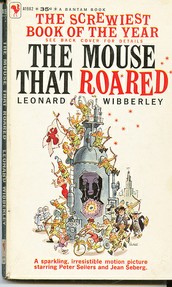 On March 9, 1953, Outer Baldonia declared war on the Soviet Union. Canada and the United States offered to defend the island and the Armdale Yacht Club of Halifax pledged all its members’ vessels to the plucky micronation.

A formidable navy of kayaks, pleasure yachts, and fishing boats was placed under the command of Outer Baldonia’s 69 admirals.

Moscow quickly realized it was out of its depth and decided against a military engagement.

It was almost a real life parallel of Leonard Wibberley’s 1955 satirical novel The Mouse That Roared, (later a movie starring Peter Sellers) in which the fictional state of the Duchy of Grand Fenwick goes to war against the United States and wins.

The Soviets were content to satisfy their martial honour by issuing a series of vitriolic press releases denouncing Outer Baldonia as a capitalist lickspittle.

It’s for the birds

In 1973, Prince Arundel sold Outer Baldonia to the Nova Scotia Bird Society for one dollar. The island has reverted to its original name of Outer Bald Tusket Island and is operated as a bird sanctuary.

Its one-time existence as a whimsical nation gives succour to all those who yearn to be free.

Often associated with GMC & vehicle manufacturing, Oshawa, Ontario sometimes gets an undeserved rep . But this little gem of a city, has some treats for the adventurous traveler!
58%  9   4 Sheri_Oz
Ontario