Once I had purchased my new LeCreuset dutch oven, I needed to find one-pot meals to create. Healthy meals come from using fresh vegetables and organic food. I don't mind doing a lot of chopping, and I try to include what I grow myself. What I really dislike about cooking is the mess. Keeping meals contained in one pot means less of a mess.

The Dutch Oven Obsession cookbook gets good reviews on Amazon, so I bought it. The book does not have a lot of photos, but I have found some very tasty recipes. Here I will share photos of the food I've made which either follow, or closely follow, recipes found in this book. No recipes are provided on this page. You must buy the book to make the food.

About the Dutch Oven Obsession Cookbook

The book is 227 pages long and includes 100 recipes for breakfast and brunch, main courses with various types of meat - each in their own section of the book - breads and desserts, along with jam.

The author, Robin Donovan, begins by extolling the virtues of dutch ovens.  She goes on to list her favorite brands and talks about pan sizes.  This is where I discovered that all recipes in this book were made using the 5 1/2 quart size.  The recipes will not state this, so it's good to know.

There are photos throughout the book, but not every recipe has a picture.

The faster meals are labeled with "weeknight win" at the top, and if the whole meal is done in "one pot" that is also noted at the top.

Buy the Cookbook at Amazon in Paperback or Kindle Edition

It's where I bought mine. Also, read reviews by other happy customers.

Obviously this is a recipe that could be made using a baking sheet. My Dutch oven was being used so I used a Lodge cast iron pan.

Turkey Pot Pie is not listed in this book, but a similar recipe is.

My favorite one pot meals have always been soups, stew and chili.  I enjoy a meal of mostly vegetables and little to no meat.

I rarely made pot pies because I never had a good recipe to follow - until now.  The Pot Pie recipe title in the Obsession book is called, "Chicken, Leek, and Mushroom Pot Pie".  Sometimes we must be open minded, and I figured I could easily make this without the leeks.  I also don't make my own pie crust when the store bought kind is quite good.

So I set about making an after-Thanksgiving, turkey leftover pot pie.  It came out delicious and I used the filling part of the recipe to make it.

My Version of the Pot Pie Recipe, Page 134

Turkey and vegetables with crust.

Teach Yourself to Cook

Choose the simplest recipes and make something wonderful to surprise the family or guests! Become comfortable with substituting foods.

My mother was not a good cook.  I don't remember her owning a dutch oven, and I certainly don't remember her teaching me any handy cooking secrets.  In fact most meals I ate as a child I would just as soon forget.  When I went out on my own I had to learn how to cook food I would love to eat.

As my own family grew to include four kids, I should have been using a dutch oven to make big meals that provided lots of leftovers.  But no one told me about cooking in one pot and it would have saved me so much trouble!

This recipe book lists each step to creating the dish by number, which anyone should be able to follow.  She often adds a little paragraph about the meal, or to offer suggestions for substitutions to the recipe.  The recipes range from super simple to more advanced, so you have a choice.

I suggest reading through the recipe first to get an idea of what will need to be done.  And make substitutions if there are ingredients you don't like.  Don't let the recipe titles turn you off.  Some of them are very long and fancy, but the food itself sounds heavenly.  Substitutions can be made!

Measure Out Ingredients Before You Begin

Use plates, bowls or ramekins to hold ingredients.

I now do something I rarely did before.  I measure out the ingredients and chop, prepare, whatever is needed before I begin to cook.  It's far less stressful, especially when trying a new recipe.

For instance, for the mac and cheese, I measured all the dry herbs and spices into a small bowl so they would be ready to mix in.  The cheese was shredded into a bowl and ready to go.  The milk was in a glass measuring cup ready to pour.  Baking the dish went smoothly.

Ramekins, which are made to bake in, can do double duty in this area.  The size is perfect for holding small amounts of ingredients.

Small dishes can hold pre-measured ingredients which can simply be dumped into the recipe when needed. Ramekins double as small baking dishes.

Which Size Dutch Oven Do I Need?

The author states that all recipes in the Dutch Oven Obsession cookbook were made in a 5 1/2 quart size dutch oven.

Because my LeCreuset is only 3 1/2 quarts and I've found that it's the perfect size for a small family of 2-3 people.  Usually I cut the recipes in half, and it's plenty, but entire recipes would usually fit in my pot.

Comparing Dutch Ovens For Size and Quality
Cast iron dutch ovens run the spectrum from very expensive to quite affordable. What should you look for before buying?

Cover the noodles with a bread crumb topping. This was delicious!

Use Amazon's "Look Inside" to see Recipes

Buy recipe books that appeal to your tastes and abilities.

View the "look inside" to view the list of recipes.  Choose the paperback edition which will show the index.

Most reviewers who give books fewer "stars" do so because of lack of pictures.  I understand that people like to see photos of cooked food, but realistically I think this is difficult to do when writing a large cookbook.

Other negative remarks are for lack of nutritional information and / or calorie count.

When I cook, I use a basic recipe and add / subtract as I choose.  I use a cookbook to help give me ideas about what to make.  If a book contains recipe titles that sound good, I will want to try them.  If the recipe lists lots of unusual and odd foods, I will pass on that book.  To each his / her own.

These books get good reviews from customers.

As I was trying out one of the recipes in the Obsession cookbook, it seemed that part of the directions were missing.  I had to wing it, and ended up not liking the dish in the end.  It was made with butternut squash and white beans.

I e-mailed the author, but got no reply.  So that was disappointing.

More recipes to try include:

Do you enjoy meals made all in one pot?

Derdriu...I always enjoy your comments. I do not detect a difference in taste or texture between pans. The bread crumb topping I used was my own, but it was very similar to the one in the recipe. Their's was a bit more involved but included butter, parmesan cheese, and bread crumbs - which is all I used. The recipe called for garlic, oil and salt and it was to be cooked and mixed before the rest of the recipe was made.

dustytoes, Thank you for the persuasive photos, practical information and product lines. Do you detect appearance, taste and texture differences between the baking sheet and Lodge cast iron pan buttermilk biscuits and between the Dutch and standard oven pot pie? Is the bread crumb dressing yours or in the book?

Trust yourself. There's a gracious host or hostess within you. You can be a...

I was lucky enough to receive a preview copy of a new Quinoa Cookbook by Wend... 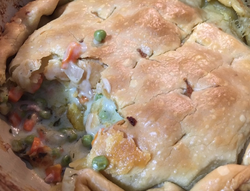 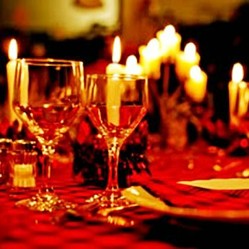 Trust yourself. There's a gracious host or hostess within you. You can be a domestic diva and entertain guests with ease.
100%  12   6 Sam
Cookbooks 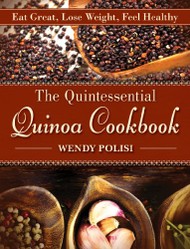 I was lucky enough to receive a preview copy of a new Quinoa Cookbook by Wendy Polisi, one of the leading Quinoa experts in the field of yummy Quinoa recipes. Here my thoughts ...
Loading ...
Error!