I picked these up for lunch earlier today. Read to find out if they were worth my money.

Product Description: Frozen steakhouse-flavored beefsteak burgers from the No Name brand. I purchased a package of these burgers (8 patties total) at one of our local grocery stores this morning for $9.59. I prepared the burgers on my grill this afternoon and served them as a family barbecued lunch.

Temperatures were in the 60s today for the first time in a long time and, because of that, I decided to take advantage of the weather and fire up the grill at lunchtime. I was in the mood for burgers so I ran to the grocery store in search of some pre-made patties. After considering a couple other choices, I ended up purchasing No Name Steakhouse Seasoned Beefsteak Burgers.

My decision to buy this brand was motivated solely on price. I had a choice between this brand a couple generic brands and, at $9.65, this brand was surprisingly less expensive. And, after cooking them on the grill and making them for lunch, I was definitely happy with my purchase.

Cooking these patties was relatively easy since there was no need to prep them. They were cooked, from a frozen state, right outside of the box. Of course, that being said, I should mention they do require some effort to separate and, as I was struggling to do this, I did think they could have used some sort of separator, such as the paper I normally see separating the Johnsonville Brat Patties I frequently buy.

The burgers were a bit on the greasy side when I was grilling them. However, even though that was the case, they weren't as greasy as some other frozen patties I've purchased in the past and the grill didn't flame up nearly as much as I'm used to it flaming up. But, even though it wasn't a big deal on the grill, I'm not sure if I would want to pan fry these.

I think the thing I liked most about these burgers was the flavor. There was a good blend of seasonings in them and they seemed to be made from some top quality meat. I definitely liked them better than some of the other brands we've purchased for this reason because, even though it was still somewhat easy to tell these were frozen patties rather than fresh, they were a higher-quality frozen patty.

As I said, the patties are hard to separate and might be a bit too greasy for pan frying. However, if you are looking for a hamburger patty to make on your grill, this is one I definitely would recommend, especially if, like for me, they are the most affordable option.

I purchased these this morning. Read to find out what I thought of them. 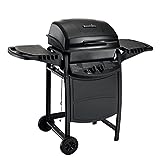 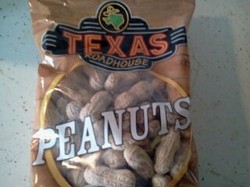 I purchased these this morning. Read to find out what I thought of them.
18%  1   2 StevenHelmer
Other Food & Cooking 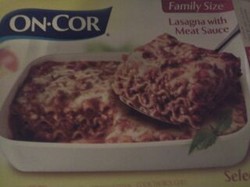 I purchased this for dinner last night. Read to find out what I thought of it.
Loading ...
Error!