Stroke occurs when blood flow to the brain is inhibited. A number of preventable factors have been found to be associated with an increased risk of the condition.

What is a stroke?

Another name for a stroke is cerebral infarction. It's like a heart attack except in the brain. The blood vessels that bring blood to the brain get restricted - either due to atherosclerosis or damage that causes hemorrhaging. Aneurysms, trauma, and even congenital anomalies can result in the blood flow to the brain being cut off.

According to the MayoClinic, most strokes are ischemic strokes, which is what it's called when the blood flow is simply stopped. The other one-tenth of strokes are hemorrhagic, caused by a break in the vessel.

A mini-stroke occurs when the blood flow is interrupted for a very short time and then re-starts on its own. This is referred to as a transient ischemic attack (TIA), with symptoms only occurring for an hour or two and then the person feeling normal again. TIA is considered a harbinger of a future full stroke unless preventative steps are taken.

Have you experienced a stroke?

Lifestyle and dietary changes can prevent up to 80 percent of strokes!

According to the National Stroke Association, the main contributing factors to stroke are:

Get help recovering from a stroke

Dietary modification, along with exercise, is one of the easiest ways to reduce the risk of stroke. Antioxidants are important components of the human diet and include:

Foods that include antioxidants are:

What you can do to decrease your risk

Antioxidant intake via food reduces stroke risk
Studies have found that antioxidants, when included in foods we eat, can reduce the risk of stroke.

The National Stroke Association prevention guidelines
Eating a diet low in cholesterol and sodium, controlling other heart disease risk factors such as hypertension, limiting alcohol intake and stopping smoking can all benefit your stroke risk.

Centers for Disease Control stroke prevention guidelines
The CDC recommends maintaining a healthy weight, eating a generally healthy diet, and controlling other heart disease modifiers to reduce the risk of a stroke.

Some risk factors simply aren't controllable, so knowing the signs of a stroke is the best chance for reducing the risk of complications by seeking immediate medical care.The symptoms of a stroke come on suddenly and include:

Women sometimes have unique symptoms that can include nausea, face pain, chest pain, trouble breathing, hiccups, and palpitations. Which symptoms occur depends on which blood vessel is affected, but all come on suddenly. 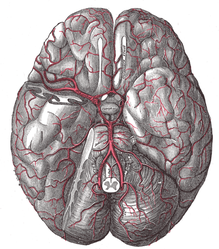 Stronger After Stroke: Your Roadmap to Recovery
100%  8   12 katiem2
Diseases, Disorders and Conditions