If you're from California, or a few other Western states, you're certainly aware that See's Candy is the best chocolate around.

As a chocolate addict, I've tasted a lot of chocolate candy, but none as good as See's Candy. Charles See started the company after moving to Los Angeles in 1921. In 1972, the family sold the company to Berkshire Hathaway Inc., owned by Warren Buffet. Being the astute business man that he is, Buffet hasn't changed a thing about this wonderful company. The shops still have that sparkling clean atmosphere, and the chocolates are still fresh and delicious.

To this day, Mary See serves as the logo for the company.  If there was a formula for how a sweet-natured grandmother should look, it might be a picture of the white-haired lady with spectacles and a warm smile. Charles See, Mary's son, saw his future in his mother's candy recipes, so he started the company in Los Angeles after moving there from Canada.

The first store and kitchen, designed after Mary's spotlessly clean black and white kitchen, opened on Western Avenue in November of 1921. Mary, Charles and his wife Florence ran the entire operation.

By the mid- 1920's, See's Candy had expanded to 12 shops.The family built the company up to 30 shops during the depression, and in1936, they expanded to San Francisco.

Mary See died in 1939, but she lives today through her recipes. Wars, disasters and bad economies of the 20th century haven't stopped people from eating chocolate.  Even today in the 21st century, with 200 stores in the Western United States, the See's family tradition continues.

Where it All Started

If you asked a Californian what the best chocolate in the world is, they most likely would say See's Candy. Every shopping mall of any significance has a See's shop. Shoppers love to take a break by slipping into a store and buying a few of their favorite chocolates.

Hoilday guests often show up at the door with a box of See's for the hostess. When stumped on a gift to get a friend or relative, a box of See's does the trick. There probably isn't an adult in the state that hasn't recieved a box of these chocolates for Christmas, Valentines Day, Easter or Halloween.

When I was in High School, during the late 1960's, an ice cream shop across the street from the school sold See's butterscotch and chocolate suckers: Two for a nickel. That was quite a deal even by 1960 standards. The butterscotch suckers were the favorite of most See's fans. These delicious confections now come in vanilla, butterscotch, chocolate, café latté, and root beer.

I love nuts of all kinds so whenever I buy a box of See's Candy, I get the nuts and chews. If you don't care for nuts, the soft centers are equally as good. But if a poll were taken, I'd bet that the Butterscotch Squares would win.

Sometimes I hand select my pound of chocolate. This is the list of chocolates I usually choose:

There are many more that I love, but I have to remind myself: Moderation

Sees Candy is also available in sugarless for diabetics. All of the chocolate products come in milk or dark chocolate.

Where to find a Store

On March 18, 2012, See's opened its first Texas store at North East Mall in Hurst. The company also has stores in other Western States:

There are also stores in Hong Kong, Japan and Macau.

If you don't have a See's store in your town, you can order from Amazon off of this page. The prices are the same as the store prices.

Here's a piece of trivia: Remember that famous scene on I Love Lucy with Ethel and Lucy working in the candy factory? It was shot at the Washington Ave. store in Los Angeles.

Those lollipops are delicious too. thanks for the comment Arlene.

Luckily, they're open all year long in CA.

Many malls will have a See's Candy Kiosk only for the Thanksgiving / Christmas holiday season (North Star Mall in San Antonio has one). Yum!

Thank you Pam. I've got to get some soon. I feel a craving coming on.

Ellen DeGeneres had a lot of fun with that candy didn't she? I don't live anywhere near a Sees store so I will have to check out Amazon.

I just wrote a review of fine chocolates. I'm going to highlight you on the article, will publish it today. I'll send you the link when I do. Great review on See's candy. I love chocolates :) YUMMY

Thank you Tolovaj. I hear that American chocolate is sweeter than the chocolates you mention.

I have tried all sorts chocolates from Swiss, Austria, France, Belgium, Germany and Italy (and we have some fine products in Slovenia too, of course), so I guess it is time to check what See Candy has to offer to contest for the best of the world title...
Thanks for introducing this company with all tradition and everything:)

I'm with you, Cindy. We could always binge and purge. lol

They are all over California. Thanks for the comment.

Today we discuss the topic of decadent high end chocolates. Find out how to g...

Whether you or your child are eliminating sugar due to diabetes, low carb die... 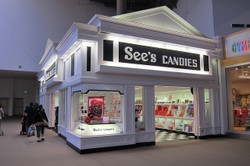 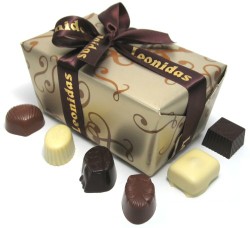 Today we discuss the topic of decadent high end chocolates. Find out how to get your hands on the best quality chocolates for the best prices. Get great deals on chocolate now.
54%  8   4 AbbyFitz
Candy 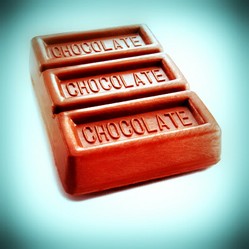 Whether you or your child are eliminating sugar due to diabetes, low carb dieting, or you just want to eat healthy, these tasty candy bars are a chocolate lover's dream.
Loading ...
Error!