Matt Patershuk discusses inspiration, passion for music and the craft of songwriting with me.

Matt Patershuk has always been passionate about music, but it took him some time to launch himself as a musician. He started writing songs more seriously in his late 20’s and didn’t perform in front of audiences until he was in his early 30’s. He says, “I had a bit of a case of stage fright for a while but I managed to work my way through that. I jumped in at the deep end like I do with most things. Dumb luck and ignorance has taken me a long way so far so I’m going to keep at it!”

The approach that Patershuk takes to songwriting is straightforward. He explains, “I try and get out of the way of my subconscious and let it do what it’s going to do. That’s where my best material comes from. I love telling personal stories, either other people’s or my own.”

He adds, “The best thing is to write and not really worry about the consequences until after you hit the editing stage. You can decide if you really want to show people what you’ve done at that point.”

Patershuk used to write songs strictly when the inspiration struck but he’s now focusing on diligently pursuing the craft of songwriting. He writes every night before he goes to sleep and first thing in the morning before he leaves to work at his full-time job. He says, “I really enjoy writing in the morning because I’m not fully awake yet. Getting that creative process started is easier because the world hasn’t really gotten to me at that point.”

He also works with the best musicians that he can find. He points out, “You learn so much being around people who are really good at what they’re doing, it helps make you better. It’s best to work with people when you know what they can do and what they can bring to the table.”

The physically isolated location in which Patershuk lives presents a challenge for him in terms of getting to major music venues in Alberta. He says, “There is stuff going on in our neck of the woods but there’s only so many times you can play locally before they’ll get sick of you. It’s pretty tough to keep your head above water from a dollars and cents perspective but I do work full time so I subsidize playing with that.”

On the other hand, Patershuk has been involved with the Bow Valley Music Club which has been helpful in terms of networking for him. He comments, “I can’t say enough about what those guys have done for me in helping me to meet other people in Alberta. They’ve been so friendly, kind and welcoming to me.”

Roots music is incredibly vibrant in Canada from Patershuk’s perspective. He says, “When I went through the records that were nominated for the Canadian Music Awards this year in the roots category, they were all fantastic.”

He continues, “It’s good for artists out there because you’re trying to keep up with the good stuff that everybody else is doing. It’s great to see somebody do so well and raise the bar.  You’ve got to be really motivated if you do anything creative.”

Finding a balance between his music and the rest of his life is crucial for Patershuk. He says, “I’ve got a family that’s more important to me than anything so I want to fit the family and my music together. To do that on my own terms, I’ve got to work a full tme job so my musical goals are essentially creative ones. I’m very focused on writing better songs and becoming a better musician and performer. I’m really working hard at it and I want to do another record in the future.”

Patershuk's latest album I Was So Fond of You  is a tribute to his sister Clare who was killed by a drunk driver. He says, “It was really hard to lose her because I loved her so much and she was a great sister but she was also a great person generally who gave so much to her community and was really selfless in that way.”

He continues, “I delivered her eulogy at her funeral and I was really intent on trying to write a song for her at that point but I couldn’t really do it. Eventually I did write some songs for her, specifically the title track of the record. Listening to the record afterwards, there were things that I didn’t think  related to her and losing her at first but a lot of the songs did relate more subtle ways. Losing her really permeated the entire record.”

In making I Was So Fond of You, Patershuk worked with Steve Dawson at his Black Hen Recording Studio in Nashville. He had also worked with him on his first record. The experience of working with Dawson has impressed Patershuk. He says, “Steve’s been so incredibly generous to me in terms of time and the advice he gave me. I was impressed by how seriously and how respectfully he treated my first project when I was a completely unknown quantity to him and everyone else.”

The newest album was recorded without any headphones or isolation to create a more intimate feeling. Patershuk says, “I really wanted to make a record that sounded like people playing live together so we sat in a very small circle in a studio, without headphones or isolation and we just played. The only overdub was Anna Egge’s backing vocals afterwards.”

While all of the musicians with whom he worked were talented, Anna Egge’s participation was particularly meaningful for Patershuk. He says, “Just before Clare died, I opened for Anna at the Artery in Edmonton and Clare was there. She saw Anna play and was totally taken by her music as was I. When we were going into the studio, I asked Anna if she’d sing on the record and although she didn’t understand that connection, I’m so glad that she took part in it. Aside from Anna being an amazing songwriter and singer, that connection really made a nice difference for me.”

Ultimately making music comes from somewhere deep inside for Patershuk.  He says, “I don’t know if I have a good reason for it. It’s a drive that I have to make music and write the best music that I can. It’s something that’s part of me that I can’t really explain.”

This interview with Matt Patershuk was recorded on May 9, 2016. 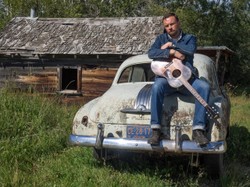 The Ultimate Aaron Tippin Audio CD stands strong with its title song taking a stand for right against wrong.
14%  0   2 Krlmagi
Country and Western 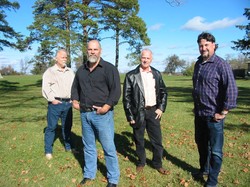