The Green Lantern returned to movie screens with Ryan Reynolds portraying the superhero. Three 2012 calendars have been produced to celebrate that release.

Ryan Reynolds is The Green Lantern

For the first time in movie theaters, super hero The Green Lantern landed in cinemas on June 17, 2011. Ryan Reynolds stars as Hal Jordan, and dons the emerald green suit to protect against evils that might dare to upset the intergalactic peace.

To tie in with this blockbuster release, not only is there to be a new video game called The Green Lantern: Rise of the Manhunters, but also two new Green Lantern roller coasters at Six Flags, a soundtrack album, posters and these 2012 Green Lantern calendars. Find Out More About The Green Lantern Movie

Is The Green Lantern Movie For You?

I have to confess I've never read the Green Lantern comics and didn't know anything about the movies. But, the trailer now has me up to speed (sorta). With Ryan Reynolds starring I might even be enticed to see it :) Great looking posters/page.

My family is looking forward to seeing the new Green Lantern movie.

Probably not for me, but these are very cool calendars and certainly there are many, many Green Lantern fans who would love the gift of a calendar!

I'm exited to see this movie, I was always a Green Lantern Comic Book reader when I was young.

The calendar look good to me. great page

Not for me, but I suspect our grandson would love the Green Lantern!

I'm impressed. How on earth did you do all this? 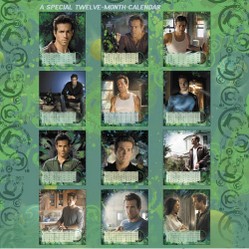