For a long time diabetes was assumed to be one disease. Now we know that it takes several forms. All diabetes types are fundamentally similar, but differ in many important ways.

A less common form is gestational diabetes which, by its name alone you will recognise as being exclusively (as of 2012) for women, occurs in pregnancy, and disappears after childbirth.

There is even pre-diabetes, which is characterized by a raised sugar level in the blood, but which does not show itself as full-blown diabetes. It is the warning sign. Always take note of this condition, and do something about it, before you require medication.

You will probably have heard mention of different types of diabetes. They all have the same diabetic signs associated - excess sugar in blood and urine - but the condition is caused by different factors affecting your body.

How common is each type of Diabetes Mellitus?

It has been reported that the ratio between diabetes type 2 and type 1 diabetes mellitus approximately follows the 90:10 rule

As the understanding increases this ratio may change. There is no doubt there are a significant number of misdiagnoses that place diabetics into the type 2 category, because that is the most likely type. Be aware that this is a dangerous situation, as the medication required for treatment is different for each type of diabetes.

If you believe you have been misdiagnosed you should consult your medical support team.

Before You Get Diabetes

Here is a brief outline of each of the types of diabetes:

Rather than be aware of the types of diabetes, it is more important to know the symptoms, in order to make an informed assumption that you may have diabetes.

A full diagnosis can only be made by a qualified medical practitioner.

There are a number of types of diabetes, each with its own causes, but each with similar signs and symptoms.

These are the most notable.

As scientific research moves on apace, additional sub-forms are identified and researched further.

These new findings are more related to the causes of diabetes than to the symptoms that are manifest for each main type.

Diabetes mellitus type 1 is a form of diabetes mellitus that results from autoimmune destruction of insulin-producing beta cells of the pancreas. The subsequent lack of insulin leads to increased blood and urine glucose. The ...
Diabetes mellitus type 2formerly non-insulin-dependent diabetes mellitus or adult-onset diabetesis a metabolic disorder that is characterized by high blood glucose in the context of insulin resistance and relative insulin deficiency. The ...
Gestational diabetes is a condition in which women without previously diagnosed diabetes exhibit high blood glucose levels during pregnancy. There is some question whether the condition is natural during pregnancy. Gestational diabetes ...
Prediabetes is the state in which some but not all of the diagnostic criteria for diabetes are met. It is often described as the “gray area” between normal blood sugar and diabetic levels. While in this range, patients are at risk for not ...
Diabetes insipidus is a condition characterized by excessive thirst and excretion of large amounts of severely diluted urine, with reduction of fluid intake having no effect on the concentration of the urine. There are several ...

Diabetic Coma: View From the Inside
Diabetic coma can be seen from the outside, but this time you can read about what it is like from the inside. An account from someone who suffered and survived.

Pre-Diabetes: Borderline Diabetes
Prediabetes: a condition where blood glucose (blood sugar) has risen above the norm for an individual, indicates that insulin function is impaired: the precursor to diabetes.
Updated: 03/09/2012, humagaia
Thank you! Would you like to post a comment now?
3 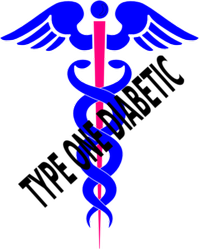