I talk to Victor Anthony about his passion for making music, the creative interrelationship of photography and music for him and where he finds inspiration.

Victor Anthony grew up around music and has immersed himself in it for his whole life. Growing up in Nashville he started out, like many people in the American South, singing in church. As he grew up, he took piano lessons, played saxophone in the junior high school band and finally discovered the guitar. He continued as a “living room player” until 1984. Victor continues, “At that time, I had the opportunity to do some work in a theatrical setting. They were doing an original musical set in the 1930’s and they needed some people who could play that style of music with credibility. I went over to the theatre, sat on the lip of the stage with my old Gibson and sang Sixteen Tons. I got the gig and I did two or three shows at the theatre that year.” Eventually the theatre offered him a full time job as a resident musician. He gave up his day job, took a drastic pay cut to continue his career as a musician and has continued that career for over thirty years.

He didn’t start out as a songwriter, but Victor has eased into it over the years. He explains, “When I was working at the theater, I became associated with an organization that promotes artists in classrooms, so I wrote kid’s songs related to that work. It was 1993 before I wrote a song for grown ups that I thought was a keeper.”

His music is steeped in all of the diverse traditions of the American South.  One way in which he absorbed those traditions was working for his father’s jukebox supply business. Victor says, “All of the jukebox operators came once a week to get all of the 45’s for their jukeboxes. It was my job to be aware of the country music, the blues and even the pop stuff that was out there.  I knew about Howlin’ Wolf long before anyone else in my circle did and I was a big fan of Dolly Parton before it was cool to be a fan of Dolly Parton. All of those elements are not literally in the music I make now, but they’re there spiritually.”

As a songwriter, Victor relies on flashes of creative inspiration to drive his songs. He points out, “Most of my songs almost write themselves. Some of my best songs have literally just fallen out of the sky.  The songs that I’m proudest of fall into that category. I’m not someone who goes out to the shed every day and hacks one out. Sometimes I wish I had that kind of discipline but I don’t and I never have.”

One way in which he inspires himself is to “doodle around” on the guitar until something happens. Victor continues, “If I had to offer advice to anyone one thing I would say right off the bat is just to play your instrument. Even if you don’t have words, just ‘blah blah blah’ to what you’re playing and if it’s worthwhile something will emerge eventually.”

There isn’t a fixed set of topics that Victor writes about in his songs. He explains, “I try to avoid angst if I can. I think we’ve all heard a little too much of that. I tend to be more interested in not writing about me. I like character songs and I’ve written a fair number of those. They’re either pulled from a character’s point of view or they’re about a character. My life experiences will have informed those lyrics, but I try to avoid the ‘I, me’ thing that permeates the singer/songwriter world lately like the plague.”

Another aspect of his creative expression is the fine art photography that he does. Victor says, “To me, music and photography have always come from the same place and they’re basically interchangeable. A lot of my songs are fairly visual. I don’t know that in my guts there’s any difference between the two things.”

As for most independent musicians, the biggest challenge that Victor cites is making a living out of music. He points out that musician’s wages haven’t gone up in the past 30 years while the cost of living has continued to rise. He adds, “If you’re actually going to hang out your shingle and try to make a living at it, you’re not going to love every gig that you play. Very few people are in that position. If you’ve got the music inside of you, it is going to have to come out. You deal with it however you can, but if you have it in you, it’s going to come out.”

On the positive side, he’s encouraged by the number of talented young musicians that are appearing on the scene. Victor says, “I’m incredibly encouraged by how many brilliant young musicians there are now. One of the pluses of the digital world is that we have access to all of these young performers that we wouldn’t have known about pre-Internet. The level of their craft is so high. These kids are just monster players and it’s a beautiful thing to see. I’m not too worried about the future because these kids are really good and they’re doing it from a good place.”

He adds, “I’ll tell you this: I’ve played in front of 5,000 people and I’ve been on television. I’ve done that stuff and I’d rather play a house concert than any other gig. That’s as intimate as it gets and the experience that I have in that situation and that the audience has in that situation is one you just can’t get on a screen.”

In the future, he plans to keep on creating and playing, but he isn’t interested in chasing things as hard as he did in the past. Victor says, “I turn 65 this year and I’m in a new country where nobody knows me. When we got up here, my wife reminded me that I had an opportunity to start over and create my own career. I guess I’m doing that now but it’s a much lower key endeavour. I was aiming high before with all of the trappings of the music business and I’m just not interested in that any more. As you can imagine, that changes the game.”

One of Victor’s biggest inspirations is reading a good book. He says, “I’m married to an author so there’s a lot of books in our house. She and I don’t necessarily read all the same things but reading is more inspiring than anything else right now. Twenty years ago, I might have said listening to Randy Newman or someone like that but now it’s a good book.”

To learn more about Victor, visit his website here.

This profile of Victor Anthony is based on a telephone interview conducted and recorded on July 11, 2017. 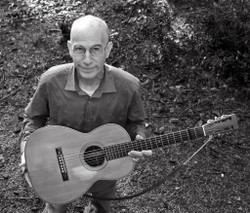