In 1944 Dr. Hans Aspberger described the unique behavioral symptoms of a condition that closely resembled autism.

Aspberger Syndrome, named after the Austrian doctor, bears some resemblance to autism with some significant differences. Children with the disorder tend to function at a higher level than children with autism, and they demonstrate normal to high intelligence. Although Aspberger children may develop problems communicating later, their language is near-normal. Symptoms of Aspberger Syndrome can range from mild to severe and is part of the autism spectrum.

Pervasive developmental disorders (PDD) are a group of conditions that constitute the development of many basic skills in a child. The following list of behaviors can help to either eliminate your concerns for your child or serve as a starting point for a professional diagnoses:

Social difficulties lie in making friends due to their awkwardness and inability to initiate and carry on a conversation. Their behavior may include hand wringing, finger twisting and other odd, repetitive movements. Strange rituals such as the order in which they prepare for bed may occur with insistence on performing them with no deviation.

Communication problems may include a lack of eye contact or lack of inflection in tone when speaking to someone. Facial expressions and gestures might be absent when communicating with others. Problems understanding language in context and a literal perception of all language can occur.

The child with Aspberger Syndrome may develop obsessive interests in just a few areas such as baseball scores, earthquakes or bicycle repair. Many talented Aspberger's children excel in a specific area like math, computers or music. They may be an encyclopedia of statistics and dates.

Children with Aspberger Syndrome may display awkwardness or clumsiness. Their gait may be stilted or bouncy, and they may be unaware of personal space, by standing too close or too far away when engaging in a conversation with other people.

Although there is a lack of standardized tests to diagnose Aspberger's Syndrome, there are multiple screening devices available. Your child's pediatrician will start with a developmental screening. Next, a team of professionals consisting of a psychologist, neurologist, psychiatrist and speech therapist performs their assessments to rule in or out Aspberger's Syndrome.

Individualized for Your Child

There is no cure for Aspberger's Syndrome and autism spectrum disorders, but there are treatments and therapies. It begins with an Individualized Education Plan (IEP) at your child's school. The IEP sets up guidelines that target the child's interests, plans a predictable schedule, teaches tasks as a series of simple steps in a highly structured environment and reinforces desired behavior. The IEP typically includes:

Your child may require some or all of these interventions to help her lead as normal a life as possible.

With early intervention, Aspberger's children can learn to overcome their disabilities although social interactions and personal relationships may remain challenging. Many of these children grow into successful adults who work in the mainstream, get married and raise a family. With  early intervention, continued moral support and encouragement, Aspberger's individuals can lead happy, healthy and productive lives.

On his current visit to the UK The Donald has come over as very short on diplomatic skills, but capable of being manipulative to get his own political ends. His understanding of the present complex and tense situation in the UK comes over as limited and simplistic.For example he thinks that the British wanted Brexit [exiting the EU] whereas forty eight per cent did not and probably less than half of those who voted in favour of it wanted the extreme version, which Trump favours. He is tactless enough to align himself with the hardest right wingers, who want the extreme version, unaware that they are declining in popularity and credibility. So tactless is Trump that he has praised one of them, Boris Johnson, as a potential prime minister , a man whose credibility is slumping and whom many regard as untrustworthy and self-serving.

Is this Asperger's syndrome or mere ignorance and stupidity?

Frank, it goes along with their lack of social skills. DT really doesn't understand why people are so offended about the things he says. He wouldn't say them if he knew.

You say that Aspergers sufferers cannot filter what comes from their mouths. Could you tell us more on this point?

Not all people with Aspbergers have a problem with coordination and gate. I really believe that Donald Trump has Aspbergers. That's why he can't filter things that come out of his mouth. The spectrum for Aspbergers and autism has been widened quite a bit. With some people, you'd have to really get to know them to realize they have it.

BrendaReeves, Are coordination and gait always a problem to keep monitoring?

Yes, I would say that's what my friend has.

There is a condition known as mild Aspergers. I suspect that it is more common than people think.

Early diagnosis of any condition provides a child with the opportunity to learn skills they may otherwise miss out on. Great article, Brenda!

Educational and comforting too! How better to help your child confront a hea... 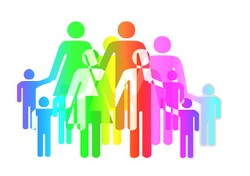 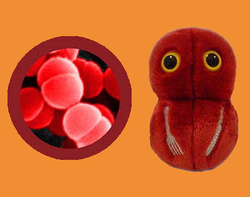 Educational and comforting too! How better to help your child confront a health condition than by letting them grasp the friendly looking microbe that's causing it?
Loading ...
Error!