Some proven suggestions on how you can improve your mood quickly and with very little effort.

When I was in therapy many years ago my therapist switched gears on me one day and said, "Today we're going to do something different; instead of telling me what's wrong, I want you to share with me what's going RIGHT in your world."

Naturally I explained to him (through gritted teeth) that I was not paying him because I was happy, I came to him to get help with what was making me UN-happy! But he convinced me to try out his suggestion, just as an exercise that he thought would be beneficial. I could always, he added, go back to the way things were next time!

Through this exercise and working with a book called "Feeling Good" by David D. Burns I learned some great techniques for feeling better in even the lousiest situations. I've listed some suggestions these exercises taught me in the hope that it will encourage someone interested in the subject to pursue it further.

1) What we feel is dependent on what we tell ourselves.

This is something I have to constantly work at.  No one...NO ONE...controls my emotions but myself.  My decision to see waking up early and having to fight my way through heavy traffic to get to work as a "punishment" was a choice.

Alternately, my decision to see quitting smoking after 10 years as a fun, exciting and new adventure was a choice too, as was my decision to start on a healthy diet that cut out a lot of comfort foods I thought I couldn't live without.

A feeling comes from a thought, and a thought can be controlled.  This is how you find people who have all the odds against them doing the most remarkable things:  they tell themselves they can, and you can too!

2) Choosing to feel good doesn't take any more energy than feeling bad does.

If you have a hard time "thinking positive" it's most likely because NOT feeling positive is something you've gotten used to doing.  It's a familiar pattern of thoughts that you've made a habit of over the years.  "Oh, this will never work out so I shouldn't bother."  "Oh, I don’t like that sort of thing and never have."  "I'm a failure."

These are not facts!

These are thoughts you tell yourself for whatever reason, possibly related to your early development...but you don't have to KEEP those thoughts.

The only thing you have to do to get started on a happier path is to realize you THINK those thoughts, and start being aware of them.  In time you can train yourself to eliminate "never, shouldn't, don't, and failure," among other things.  It might SEEM like work initially because it requires thought to change a pattern but it doesn't take any more energy than negative thoughts do...it might actually take LESS energy, as negative thoughts are a stressor that hampers one's nervous system over time.

3) Carrying a notepad around can help make you happier

One way to get in the habit of correcting negative thought patterns is to keep a notepad/notebook or similar implement handy.  Every time you catch yourself thinking, "I can't" you write it down, mention why you thought that and look at it later.  At some point you look at all the "I can'ts" and "I won'ts" and "I'd rather nots" and can ask yourself WHY you thought those things...were they rational responses to the situation you were thinking about?  Could you possibly replace those thoughts with something more positive?  Maybe you WILL next time, if you give it a try.

Another great thing to write in notebooks is, of course, affirmations.  In our rather "over it" society it's common to make fun of someone for saying something to the effect of "I'm a good person and, gosh darn it, people like me," but the original intent of this affirmation is still a good one, and still probably true.  Just seeing "You're a great person" in print every day has a positive effect, whether you wrote it  yourself or someone else did.

Alternately, you can jot down other positive things in your notebook; quotes you like, things you heard others say,  anything that you feel has value.  The idea is to create a bit of a "security blanket" with your notebook that symbolizes your effort to feel better.  In time the symbol becomes a positive "reality," a concrete reminder of how you're feeling better about yourself.

Most living things LOVE repetition and patterns that cycle.  The "magic" of most hypnotic suggestion works on repetition, as does success in starting a new physical fitness or nutrition regime.  If you keep doing something over and over, particularly at specific times, your mind and body start to "crave" it.  You can do it with BAD habits; you can certainly do it with good ones.

Start small--tell yourself once a day, "I feel good today" and build from there, it's as easy as that.  This is a particularly valuable exercise if you have certain "hot spots," particular times of the day or specific situations you get into that set you off on a path of negative thinking.  Go into it fully armed--listen to joyful music beforehand if you can; if not, hum the music in your head.  Keep reminding yourself, "I'm going to keep my spirits up, and I'm going to 'win" this one, even if I lose."

Life is not a movie or TV show.  I've been saying this a lot lately because it seems like a many of us have fallen prey to the concept of life being "neat;" having a clean beginning, middle and end where the hero wins and the bad guy gets conquered.

The truth is, life just keeps rolling along and if you failed yesterday you most likely have another chance to get it right TODAY.  There's no reason to think that today's mistakes are a catastrophe; they might just be the first steps into a path of bigger success.  The important thing again, in all of these suggestions, is to remember YOU have control of how you interpret each situation.  You can see missing a sale at a department store as the biggest tragedy of anyone's life or you can interpret a personal physical misfortune as the universe giving you a chance to prove to yourself and everyone what you're made of, it's up to you.

All you really have to do is decide, today, how you want to feel and go from there!

The best book on this subject I've ever read:

Wow, there's nothing more gratifying than feeling as if I have helped someone else in some way, thank you and hoping you and yours will be well!

I've sent this URL to a friend who really needs this advice, so thanks for the article and the book title which I will keep by me to hand on when needed.

I also love Dr. Burns' book "Feeling Good". I've had very good results with implementing the ideas in that book. Depression is something I struggled with for a long time, and I saw several counselors and while I enjoyed seeing most of them, I don't think they helped me all that much until I encountered one who practiced many of the same methods that Burns describes.

She was the one who first pointed me to that book too.

I ESPECIALLY love the idea of carrying a notebook with me...I use it in so many different ways, some of which I got from that book and others of which I developed on my own. But I think it has been a huge improvement to my life, to become familiar with these ideas.

Thanks! And yes, I have about a million different vials of scents that I adore , good suggestion! :)

These are great tips and aromatherapy really can lift your mood.

I can always use tips to feeling good. Thanks!

"Can You Take It?" Dealing With Criticism

Criticism: Everyone does it sometimes, many like to give it and some are bet...

How to Stop Worrying - 7 Tips

Even though you probably already know that worrying is a waste of your time, ... 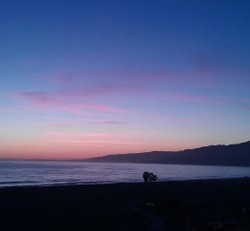 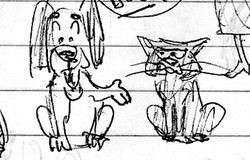 "Can You Take It?" Dealing With Criticism

Criticism: Everyone does it sometimes, many like to give it and some are better than others at taking it...how about you?
43%  2   5 athena2011
Behavior Modification 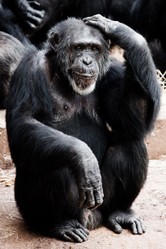 How to Stop Worrying - 7 Tips

Even though you probably already know that worrying is a waste of your time, you might find yourself still doing it. Learn how to stop here.
Loading ...
Error!