6 Things I Learned About Life From Working At Disneyland

When I was 22 I spent the summer as a Jungle Cruise guide at Disneyland in Anaheim, CA. The experience taught me several things about life that I think are worth sharing!

I was a sophomore in college in Oregon when I found an ad for employment at Disneyland...the recruiters were looking for students to come to Anaheim to be summer "castmembers" at the park. I had always been a Disney fan and couldn't believe I was going to get a chance to work at the "Happiest Place On Earth!" I jumped out of my mouse-ka-shorts when I was sent an acceptance letter. The experience of working at Disneyland that summer had a profound effect on the way I look at the world. Read on and I'll share what I learned...

1) Even at the "Happiest Place On Earth," work is always just...work.

My first day on the job I was assigned the position of a Jungle Cruise Tour Guide--my initial reaction was excitement, fear and anticipation.  While training for the job I lost the anticipation and was overwhelmed with fear.  On my first solo cruise around the Jungle in a boat filled with excited tourists I was petrified.

Like most people, when I was younger I thought "magic" was real.  It isn't!  Repeat after me:  Magic is not real!  If more people understood this simple concept I think there would be far less disappointment and unrest in the world.

Keeping the "show" going at Disneyland takes incredible resources and a lot of time.  It's a 24-hour "performance," as they call it in Disneyspeak, all designed to give every single person who walks through the front gates the same feeling of "magic in the air" that the park produces in such a seemingly effortless way.  OK, it's actually designed to rake in the cash, but Disney does a great job of making you feel as if YOU are the star of life's show and the show has a happy ending.

This is not how real life is, of course.  Reality is an ambiguous, on-going thing, unlike a movie or TV show.  A day at Disneyland has a beginning, middle and end with solidly defined heroines/heroes and "bad guys."  Real life does not offer these things, and if you hope it will (as many a Disney fan does) you'll be endlessly disappointed by what you encounter in the world around you!

3) Pretty much everyone has the same feelings you have about things; confident people just hide it better.

I thought I was the only one in training for the Jungle Cruise who was scared out of my khaki shorts at the prospect of guiding families on a journey they had waited up to 2 hours in the hot California sun to enjoy.  I thought I was the only one who sometimes biffed my spiel or made mistakes or felt like a moron.  By summer's end I had made some friends and found out we ALL felt like idiots a lot of the time on the job.  Somehow, after that, I relaxed a lot and my co-workers began to look up to me. I didn't know any more or less about the job than I had at the beginning of the summer but I became a leader by default, just because I seemed to know what I was doing.  I think this happens more than anyone cares to admit.

4) Everyone, no matter how old, is still a child inside.

On the job at Disneyland I saw grandparents throw tantrums, parents talk and act like children with developmental challenges  and grown children acting like little monkeys who hadn't been socialized beyond infancy yet.  Something about the famous California park brings out the child inside of people; I think that may be the main reason it's so popular.  It can be nice sometimes--childlike wonder and joy is charismatic--but it can also be pretty horrifying.  I can think of few more unattractive things than the sight of "grown up" children of all ages shamelessly letting their un-controlled ego out to play, behaving at Disneyland like a spoiled 4 year old who has just recognized it's HIS birthday party and he gets to cry (or do anything else) if he wants to.

5) Happiness is a relative term.

I remember hearing some kids whining because one of the rides at Disneyland wasn't working and you'd have thought someone had just told them their parents had died.

By contrast, I met a quiet, humble family on one of my boats that had a child with special physical needs. We were stuck on my boat for an hour or two when it broke down and it was agonizing for me trying to figure out how to entertain the family.  I needn't have worried...I've never seen a smile so genuine as the one on the face of this little girl stuck in her wheelchair taking in the action around her while we sat and stared at the mechanized animals around us--she was just delighted to be there.

I figured out by watching all these familes running around on vacation that life is what you make it; there are some who can go to Disneyland and be miserable on the fairest day, some who could be overjoyed when the park was at its most crowded and mercilessly uncomfortable...like everything, it just depends on how you look at it.

6) Life goes on whether you're there to witness it or not.

Often times I worked late at the park and would be leaving when the guests and most of the day staff were already gone.  It was eerie to be walking around the place with no people present...the lights were still on, the music loops continued to play, the recorded announcing voice still called out, "Ladies and gentlemen, boys and girls," at regular intervals.

Many years after I'd worked at Disneyland I rode the Jungle Cruise to see if anything had changed and nothing had--I witnessed the same silly jokes, the same plastic animals, the same reactions from the guests.

While working the Jungle Cruise had been a benchmark moment in my life it had only been one summer.  The park had been going for years before I'd worked there, has been going years since and, barring any unforseen major changes, could still be delighting kids after I'm gone.

I eventually began to see that working at the Jungle Cruise at Disneyland could be compared to life: I would be a part of it for awhile, have some good times and bad times, make some friends, create some memories, have my moment in the sun and then, when it is time to go, pass the torch to another generation and move on to somewhere else.  Works for me!

Thanks for the comment BrendaReeves! :) Yeah, I was sick and had to WORK there once, the longest day of my life :)

The last time I took my kids to Disneyland I pulled onto the freeway and suddenly didn't feel good. I came down with a fever and sore throat that very minute, but I wasn't about to tell three kids that Mom was sick and we couldn't go. We went and the kids had a great time. I was miserable the whole time. I enjoyed your story.

Thanks for the comment! There are lots of "secret" things I'd love to share about the park but I also don't want to get in trouble, ha ha...

I can now better imagine what goes on behind the scenes at Disneyland. What a life experience you had working at Disney. Great Article.

Top 5 Things a Secular Humanist Can Do to Start the New Year o...

Here are five things that every Secular Humanist should have on their list of...

If you're struggling to find extra time in your day, there's one easy thing y... 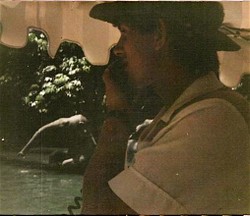 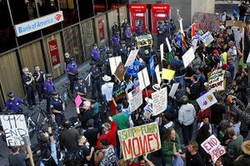 Here are five things that every Secular Humanist should have on their list of New Year resolutions.
50%  3   6 Tiggered
Awareness 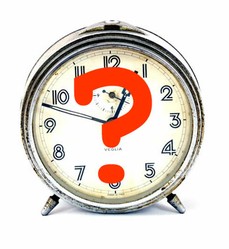 If you're struggling to find extra time in your day, there's one easy thing you can do to solve the problem
Loading ...
Error!