Traveling can be a lot of fun but it can also be filled with stress, work and unexpected surprises...many travel books don't mention this!

My mother was lamenting to me recently that she'd never traveled anywhere and had always wanted to, and now she was growing too old to do much exploring. I tried to convince her that you're never too old to travel. I also tried to convince her that a trip may end up being a lot more work than it seems, and a lot less exotic. She didn't believe me on either count of course, and I probably wouldn't have either, once.

My friend is an extensive traveler and backs me up on this. There is more to a trip than romantic walks along the Seine or languid boat rides down a peaceful Venice canal, be it in Italy or Vegas. It's a nice feeling to reach "that place" on a trip that you'll always remember, the moment you relax and enjoy yourself, the reason you wanted to travel in the first place, whatever that may be.

I also think it's a good thing our minds seem to block out memories of the pain and tedium that GOT us to "that place."

I think it's worth noting a few things about travel you don't often find in guidebooks, for the novice traveler to discover or the experienced traveler to chuckle along with.

1) It takes a lot of work to move yourself from one location to another.

(and even more to move OTHERS!)

If you're young and unfettered by wants/needs of any kind or if you are so rich you can pay to have any environment you're in adapted to your personal tastes, it's probably no work at all to go somewhere outside your home.  In fact, if that's your situation in life you probably don't even feel the need to LEAVE your home! But for the REST of us visiting someplace is a lot of hassle.

No matter how much you brought you always leave something behind, and you always bring too much.  And there are about 17,000 things you think of that you forgot about after you're already at your destination.

I know one person who gets so obsessed with this part of a trip she never moves beyond it, and every vacation ends up being an endless parade of items being hefted to and from luggage bags, trunks and back seats of cars.

2) No matter how much you've planned things out something will always come up that's unexpected.

Part of the "fun" of a trip is not knowing what's going to happen next.  This is also a lot of the UN-fun.

I've survived minor mishaps and major catastrophes.  I've missed flights, whole trips...been delayed by traffic and more serious misfortunes, lost my passport, lost my cash/card, forgot to sign paperwork, forgot to call ahead to tell the hotel I was late and generally cursed my fate on numerous occasions.  In most cases there was nothing I could've done to foresee what went wrong, but I beat myself up anyway.

I have no suggestions--you can buy insurance for a flight and feel bad later you didn't use it; you can plan for rain and be burdened by carrying rain gear everywhere.  I'm not offering solutions, just pointing things out!

Forget phobias of small spaces or heights or freeways or train cars...it takes a lot of willpower to sit quietly in place for an extended period of time, particularly, perhaps, if there is a screeching infant present (no offense to the mothers who don't enjoy it any more than those around them and probably feel like they have to take the blame).  It's a sobering feeling to face the fact that you cannot get up and go out in the sunshine and, say, ride a bike; that you are going to be stuck sitting in place for a long time before you're "free" again.

I know about first class accommodations and the like, but barring having an unlimited expense account sitting on a plane or car for even an hour can be really annoying.  You can MAKE it fun, that's true, but you have to put your mind to it, which is another topic of course.

Then there are bodily functions.  You can only prepare so much for them, in yourself or others.

Flying creates air bubbles in the human system and often leads to gas.  What does one do when one is sitting on a crowded plane blowing up like a helium balloon?

Similarly, I've had the sensation of sitting in a window seat at 3 a.m. when everyone on the plane is ostensibly asleep, crossing and uncrossing my legs because I drank too much soda and need to annoy my fellow passengers by waking them up and stepping over them to get to the restroom...after I just did it 15 minutes before.

There are colds, fevers, rashes, restless leg syndrome, incontinence, diarrhea, night terrors and drooling when you sleep, hiccups, vomiting, spontaneous human discharges and odors  of untold varieties. I've been forced to sit intimately close to strangers and endure the antics of relatives I barely know. I've been seated next to people who must certainly have been insane.  How do you respond to someone who won't stop talking to you, even after you've said to him, "Please stop talking to me?"

4) The world is a much bigger place than your mind can ever conceive of.

The world is really big.  So big it makes you dizzy if you think about it.  It's even more dizzying if you actually SEE it.  If you're from a small town and go to a big city you're in for culture shock...if the city you're in doesn't speak your language natively you're just added to your own stress.  If you're a city person and go to the country you might find the silence deafening.

To descend into a landscape that you don't recognize, near or far, is to understand just how small you really are in relation to the world...and how insignificant!  I've had the same feeling driving cross-country as I have had flying overseas...you just can't begin to imagine how much...MUCHNESS...there is in the world until you see it firsthand.  It's an exciting thing but can be disorienting too.

5) On a trip, nothing is ever where you think it ought to be.

Speaking of disorienting...this probably only affects people who are more set in their ways but I've seen it happen to people of all ages.  Even if you've carefully packed your bags, your things are still IN a BAG and not where you usually keep them at home.

And what if you forgot something?  Maybe the hotel or your hosts can help, maybe there's a convenient store nearby, and maybe there isn't.

I wandered all over the French Quarter late one night with a long-suffering friend looking for anything resembling a 7-11 or similar convenience store.  I was paralyzed with fear to stand in a public square in Argentina and realize I not only didn't speak a word of Spanish but also had no idea where I was or how to get back to my hotel.

Even if you take a trip over the river and through the woods to your grandma's house, you are going some place that isn't YOUR place and nothing will be where YOU would expect it to be.  It can be a disorienting, sometimes uncomfortable, perhaps even overwhelming feeling.

As with anything else in life, if you set your expectations too high you're bound to be disappointed.  This is particularly true if you decide to repeat a trip that was fun before.  There's no better way to ruin the memories of a good past trip than to repeat the experience and spend your CURRENT trip (especially if it's expensive) thinking, "Last time was a lot more fun."

It's not impossible to repeat a good experience, it's just something to consider before you plunk down your money for a visit somewhere...

7) You probably won't know for sure whether you had any fun or not until you get back.

This is probably the most important lesson I learned of all.  An expert-traveler friend taught it to me one time when I was moaning via email from London that I wasn't having as much fun as I'd hoped I would. She cautioned me that I wouldn't know for sure whether or not the trip had been a good one until I was home and had processed it all for a bit.

She was right!  In time I looked back on the trip and forgot the hassles and cares I'd had and only remembered the parts that made the trip worth taking in the first place: the people I met, the activities I engaged in and the thrill of exploring worlds that weren't familiar to me.

In the end it's probably better than you DON'T remember my tips, I suppose...someone once said to me if new parents had any idea how much trouble their kids were going to be they'd never have them in the first place...and by missing the uncomfortable parts you also miss the joy.

I do offer my suggestions in the hope that it might help someone prepare for some of the lesser talked about aspects of a trip, give some advance warning.  I know that the less you have to think about things while you're on vacation the more fun you have. Happy Trails!

This year was my tenth Glastonbury Festival. I've picked up a thing or two ab...

Zazzle has great ideas for luggage tags. You can find cute, fun bag tags, and... 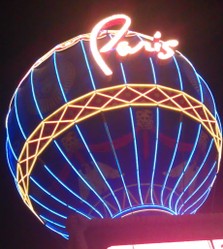 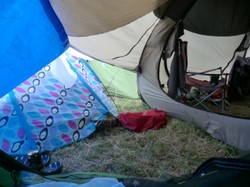 This year was my tenth Glastonbury Festival. I've picked up a thing or two about what you should pack. This is my top ten items to take to Glastonbury and other festivals.
100%  25   15 Mira
Travel Bags & Luggage 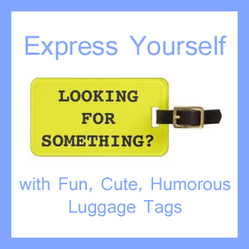 Zazzle has great ideas for luggage tags. You can find cute, fun bag tags, and downright funny ones. You can customize them or delete the image to make your own luggage labels.
Loading ...
Error!