UAGS, Urmston Allotment and Garden Society, eight allotments bonded together, was founded in 1916 and is celebrating its centenary year.

The image of gardeners is often that of crusty old men whose life is their pumpkins, but this is far from the truth. Quiet we often are, but not men only,there are some very adept women gardeners whose dedication produces wonderful plots. We have a variety of occupations and ages, and many people of differing skill levels. There are some old gardeners, I am not far from that description myself, and some young people finding their way. UAGS is an example of the allotment ideal, ordinary people banding together for the sake of self-reliance. I have the honour of being its chair.

Nineteen sixteen and the U boats were ravaging British shipping. A nation that had  become dependent on imports of food was being starved into submission, or so its enemies hoped.But some thought differently. In 1916 Lord Selbourne wrote a letter to a newspaper observing that there was much unused land in Urmston, an area of what was later to become part of Trafford in Greater Manchester, and that this could be used for the hungry British populace to grow their own food to beat the U-boat blockade. The ball started rolling. Soon several areas were marked out as allotment sites. In subsequent years a few more were added. In 1927 Chadwick Park,my own site, was instituted and is still running. Finally we added Laneheads, which is unique in that we bought the land, making it the only privately owned site among seven council-owned sites.

Why were several plots bonded as one? After all, allotments usually run themselves. But think of the war. Many men experienced in managing allotment sites were in the forces, and a good proportion of these were dead. The land was being cultivated by women and old men. They did a  brilliant job, but the women were overworked: doing war work, running families and gardening, often doing tasks that they had never done before. Administrative experience among them was limited,time even more so, and many were exhausted with overwork. So combining into one society was for the overall advantage of all, the few administrators available could take on the task of several sites, freeing up most folk just to simply garden in peace.

The Second World War showed the need for allotments, and UAGs played a full role in the Dig For Victory campaign, which saw British people growing as much food as they could wherever they could.The land was worked to its full capacity. Afterwards,however, the quiet gardeners settled back into civilian life,  enjoying the peace and so it has remained for many years.

The Running of the Society

I am going to use this section to outline a rough idea of how  a community garden or allotment can operate.

Each site has its own committee, all of whom are unpaid officials. These include a chair, secretary and treasurer. The treasurer's role is the one that has undergone evolution. Gone are the old days of paying everything by cheque, now we have card payments, Dropbox etc. The modern treasurer has had to move with the times. The treasurer must collect rents and in our case pass them on to UAGS central account. The secretary's role is much the same as before, writing letters, but there is always a  small number of older people who will not use or do not have email.  The chair is responsible for conducting meetings and leading the site. Some sites have the secretary's role divided into a ground secretary and a membership secretary, responsible for inspecting the ground and keeping membership records respectively.

The difficult part of the task is to inspect plots to ensure that standards are maintained. This is important as the council, which is the landlord of seven of the eight sites, has a strict rule that land must be cultivated and failure to properly cultivate is to invite a warning letter and ultimately expulsion. But

Sites receive a grant of 38% of rent back from the council for general maintenance tasks, but many sites hold plant sales or events to make extra money. One of our sites, Marlborough Road, has a thriving trade in hanging baskets,made by a quiet, lovable elderly man who is an expert in making them, a real craftsman. All profits are re-invested in the site and no one takes any personal gain. Another site, Mossfield, has several heated greenhouses in which it propagates plants for sale to  the public, again with all proceeds  going into its accounts.

The UAGs committee  runs the whole operation,which is classed as a social enterprise. There  is a chair [I am he] secretary and treasurer.Each site sends a representative to the committee and there are two extra representatives elected by the annual general meeting.

What is my job as chair? I conduct and control meetings several times a year. I have to be responsible  for the disciplining of members in some circumstances. Discipline involves establishing a small committee headed by an AGM [Annual General Meeting]  representative supported by two others,who listen to both sides and make a recommendation. I have only done one disciplinary hearing, and we let the man off with a warning to get on better with his neighbours in  future, which he heeded

I would like to say that all goes well all the time, but all societies have their problems. so what issues do I face as chair of the society? One of my most intractable problems is the partial flooding of Marlborough Road site. This is a prizewinning site, but several plots have been under water by several inches for over a year now, and the situation is showing no signs of improving. It is due to changes in drainage, and the council does not know what to do.

Pressures on land are serious, and we know that our urban borough is desperate for land for house building. So far our good-natured council has not threatened allotment sites, but in some parts of the country allotments without legal protection have been snatched for housing development. Seven of our sites are statutory allotments, so that an act of Parliament would be needed to shut them, but we face the future with concern. As chair of UAGS  and of the political body, Trafford Allotment Federation I am working on a long-term strategy of co-operating with the council, which I think will benefit us all. I am also facing the lease negotiations in  the next two months, which will be a challenge, but I have already told the council that I want the negotiations to be amicable.   I am trying to liaise with council officials and councilors to ensure that relationships are as good as possible.

What the future holds I know not, but I was talking to the council leader about my vision for food security, for I believe that in an ever more insecure world countries need to grow their own food and individuals have to take responsibility for feeding themselves. I told the council leader  that allotments are part of my vision for the country's food security. I hope that he listened.

Congratulations on the Membership to the Chartered Institute of Horticulture!

The running off the society does not consume much time,but being at the top is an emotional drain. I have been trying to reform the society, beginning with the way in which we conduct meetings, which have been a bit disorganized until now. I am facing a meeting with the council on the fifteenth December to discuss the lease. In my parallel role as chair of Trafford Allotment Federation I have been contacting candidates for the mayoral elections in Greater Manchester about my vision for the future of allotments.

But some pleasing news, my role as chair was part of my successful application to be upgraded to the status of Member of the Chartered Institute of Horticulture. There are ranks higher, and I don't expect to reach them, but it is something good.

Councils are able to take land, but they are not the main culprits, for it is privately owned sites that are being sold off by their landlords. There is a related problem that cash strapped councils are being forced by financial pressures to sell council owned farms at auction. It does not affect my borough or allotments, but it is not nice. It is all due to our silly Conservative government's unwillingness to fund local services adequately.

Wow, there is a lot more to this than I suspected! Besides time spent doing the gardening, you are involved in the running, which also sounds time-consuming. I have to agree that this type of gardening is a growing trend and need. I honestly don't trust supermarkets, and would love to only buy organic or use home-grown food. In New England it wasn't a problem finding places to buy, but it was all very expensive (for me). In Florida, I am having a hard time finding local farms to buy from, unless I travel. But, I am still looking.
I would hate to see gardening sites taken over for buildings. The counsels can do that? So much work would be lost.

Volunteering in the local park in my home town has been a boon for me at a d... 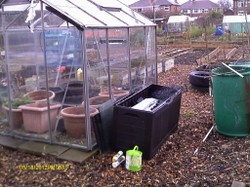 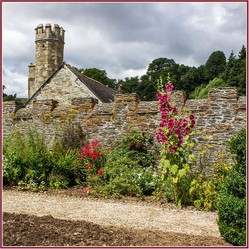 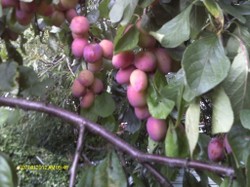 The British allotment movement grew out of the agricultural and industrial revolutions and brought about a major improvement in the lives of the British people.
55%  11   3 frankbeswick
English Garden 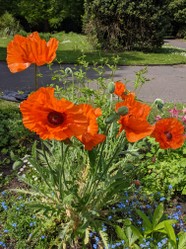 Volunteering in the local park in my home town has been a boon for me at a difficult time in my life.
Loading ...
Error!