As a one-time chain-smoker I can empathize with the work and discomfort it takes to finally quit for good...but I did it and I believe anyone can!

I was a heavy smoker for about 10 years. It seems incredible to me now, and unbelievably stupid, that I became a smoker in the first place.

I won't preach about how bad smoking is--that information is out there and always HAS been (the first "How To Quit Smoking" book I ever read was from the 1940s!). I also won't deny that there's a reason--beyond chemical addiction--why people continue to smoke even with the information available and unpleasant side-effects. Unless you have been a smoker yourself it's very difficult to understand what a pleasant "place" the comfort of cigarettes can take you to in a world full of responsibilities and stress. But if you're reading this you are possibly a smoker considering quitting, an ex-smoker wondering how someone else fared or have a friend or loved one who you'd like to see give up the habit. Read on for some suggestions that worked for me and might be useful to you too...

OK, we all know this is bogus; once you have started smoking it becomes increasingly difficult to stop, the damage has been done.  But it can't be stressed enough, particularly to younger people--friends, family members, co-workers--the message needs to be made clear from the get go:  Smoking isn't cool, it isn't nice and it isn't necessary, so just don't start!

I got this advice from a doctor when I had been smoking about a year.  He asked me if I smoked and I said yes, and his response was:  "Quit.  Now."  I remember how it made me feel at the time...I knew he was right and I knew I wouldn't follow his advice, either...I was young.

I did, however,  start thinking about quitting and though I wouldn't ACTUALLY quit for several more years the seed had been planted.  It may be the best advice I ever got, and could ever share.  Quit!  Now!

3) Use any excuse necessary to convince yourself you need to quit.

Nowadays, at least in a lot of places, smokers are treated just a step above, say, someone with leprosy.  I have mixed feelings about this tactic but it worked on me.

I got tired of being ostracized, of having to go someplace to get my "fix."  I got tired of the disapproving looks people gave me, the judgment, the feeling of being an outsider. I got tired of trying to hide the smell and acoutrements that go with smoking.  It affected my friendships, my family life and my ability to date.

Other people may not be as guilt-ridden as I was; I think a rebellious attitude might be part of the whole addiction process. But if you DO get the guilts, use it...use anything you can to convince yourself smoking is a bad idea.  Your self-esteem will return when you quit, trust me.

4) Be sure quitting is something you really want to do.

My experience with people who have tried to quit smoking  and have failed (including myself a couple times early on) is that motivation is key...if you really want to quit, you will. If you don't, you probably won't.

That doesn't mean you shouldn't TRY, if you're just thinking about it. It's really unpleasant to look in the mirror at yourself and light up again, admit failure after you've gone through the first uncomfortable 24 hours or so of avoiding cigarettes.  But perhaps part of that "shame" helps you the next time.

Today might not be the day you decide to quit but just start THINKING about it.  Once an idea is in place it usually stays there and grows.

5) Wait until the time is ALMOST right.

I say "almost" because you can get into a trap of always pushing a date to quit further away, because it's scary and may not seem like a pleasant thing to do.  You don’t want to try to quit smoking when you're dieting, recently unemployed, or involved in any number of personal problems that can make focusing on quitting a bad habit difficult.  But keep in mind you can ALWAYS find an excuse not to quit and at some point you just have to decide to do it.  So find a time when things are going FAIRLY well at least, write the date on a calendar and start focusing on the date, gearing up for it.  Look FORWARD to it!  Why not?

When I eventually quit smoking for good I didn't need the patch (it gave me weird dreams, anyway!) or even candy substitutes to suck on or anything else.  My resolve was strong and I just put my last cigarette down and have still never picked up another one, years later.

6) Build up a head of steam, set a target date and just DO it.

It's the same with starting a dietary change or fitness program or any new venture...you tell your friends and get them involved not only for their support but to convince yourself what you're doing is right for you.  Doing this builds up your confidence and makes it harder for you to slip...now if you don't reach your goal you aren't just letting yourself down, you're letting your supporters down too.

Set a date and look forward to it.  Convince yourself it's going to be "fun" to do something new and different (and healthy) and it'll BECOME fun.

When the date arrives, take a deep breath and jump.  Like everything, the first step is the biggest and the rest fall into place.

7) Remember that the first few days are the hardest, it gets easier every day.

After you stop supplying your body with nicotine it quickly adjusts itself and your body begins to "remember" what it was like before it had to adapt to the poison you were injecting into it.  After that, the discomfort a person feels from smoking cessation is mostly from missing a comfortable, familiar habit. If you're used to  brushing your teeth every day at 7 a.m. it feels strange NOT to.  It takes time to adjust to new habits, and the more familiar/comfortable the habit the more challenging it is to adjust to changes.

It's hard to take away the feeling that a person is being deprived when she or he has to give up something.  The best way to re-think this is to remind yourself that what your doing is ultimately going to be a LOT more comforting, even if in the moment it doesn't feel that way.

Quitting is a big step.  I'm not going to say it's hard because I think once you've truly decided you want to quit you will do it, period.

Quitting smoking is actually easy if you think about it--you just don't pick up another one. It's a CHOICE to avoid cigarettes, and a good one, it's not a punishment.  This line of reasoning really does make all the difference, believe me!

Meanwhile, indulge a little...you deserve it, you're taking a big step.  Eat a little more than usual--you'll probably be enjoying the taste more and you can always address any extra pounds added later if you have to.  Sleep better, laugh, cry, play, dream, do things with the newfound energy you have.

Remember, you weren't always a smoker...try to think of all the things you did before you were addicted, and do them!

Each minute of the day that you maintain your status as a non-smoker is worth celebrating, especially in the first few days when you are still convincing yourself that you've made the right choice.  Reward yourself!  You're doing it!  And if you continue to see it as a good thing you'll keep going.

10) Don't give up, but if you do slip, promise yourself to try again in the future.

Is smoking the worst thing you can do?  Not really--it's still legal to buy and use cigarettes.  Many people have lived long and, one assumes, happy lives despite being addicts.

I have mixed feelings about demonizing cigarettes and the companies that make them...it takes the responsibility away from the smoker.  No one forces a smoker to pick up the next cigarette and smoke it, it's a choice.  As a friend pointed out to me, it's not even like dieting--you have to eat, you don't have to smoke.

I will say, however, the first morning I woke up after not having smoked for 24 hours I couldn't believe the differences I felt, whether they were real or perceived.  I felt like I'd been under a spell, that I'd been deluded.  I was a little bewildered, even angry.  I had had no idea what being a smoker had "done" to me, the way it had hampered my feelings, drugged my nerves and dulled my senses for so long.

It's been 12 years since I quit.  The summer I put my last cigarette down was one of the most challenging times of my life for a variety of reaons...and still I didn't pick up another cigarette.  Each day that I made it as a "non-smoker" my resolve grew stronger.

I didn't just quit smoking, I FOUND myself, tested what I was made of and became a stronger person because of it.  I would love to know that I could assist someone else in such a journey and have written this in the hopes that someone finds it useful.  If you're thinking about quitting smoking or trying to convince someone else to quit, good luck!  If you've already quit, congratulations!

If all else fails, or even succeeds, contact me!  This is a subject I'm rather passionate about and having been on both sides of it I feel I have a broader perspective than a lot of people.  Please feel free to let me know your stories, success, failures or uncertainties, I'm interested!

Wow, what a big step, but a good one...be curious to find out how it goes...good luck to her!

I'll keep you posted. She promised me she would quit without my prompting her, but passed up her dead line in silence... I'll wait to hear from her for a week or so before I ask her if she read this ...

I'm so glad to hear my suggestions might be useful, let me know if it helps! And thanks so much for checking out/commenting on my article!

I'm sending this to my older sister, she smokes and has been told she needs to quit smoking NOW for her health. She keeps on smoking! Hopefully this will get through to her. It's helpful the message is delivered from a former smoker. Thanks for posting such a helpful article.

Deciding to quit smoking is a wonderful thing but it's important to keep your... 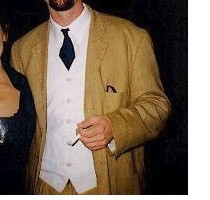 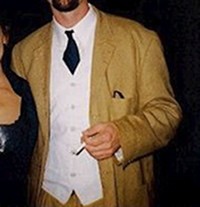 Deciding to quit smoking is a wonderful thing but it's important to keep your momentum going once you've gone through with it. Read this article for some suggestions!
100%  20   12 melanie_a917
Other General Health Topics