A Walk With my Father:

Keswick and back in a circular walk via Buttermere and the Honister Pass is a walk haloed in my memory.

This is a walk that can be re-trod but not relived, for it was the long walk that I took with my father many years ago and which cannot be forgotten.Times with long gone parents are golden memories. A lovely Cumbrian day took us in a circle from Keswick through Newlands Valley, over the footpaths to Buttermere over the Honister Pass, before we walked down Borrowdale in time for an evening meal.

Picture above courtesy of ok-james. It shows Buttermere.

We left Mother with my sister Veronica to enjoy a light ladies' day shopping,ambling and visiting tea shops. Mother loved walking, but by that time her health was declining and so she did not fancy a long walk any more. Dad and I set out shortly after breakfast, making the most of the long summer days and the fact that we were both fast, strong walkers. We crossed the isthmus between Derwentwater and Bassenthwaite and turned down the Newlands Valley.

Why the dale is called Newlands I know not, but there is no significant town or lake in it, making it one of Cumbria's quietest dales.  What struck me was the sheer peace and quietness of the place. Yes, there is a road, but there were not many cars that day, and so Dad and I walked easily, passing on a footpath along the slopes of Catbells, a fourteen hundred foot hill which repays those who ascend  it with an easy climb and a good view across the island studded lake. Newlands is country walking, you pass along narrow roads, there are only B roads in the valley, between green fields used as sheep pasture. There were few sheep to be seen, as most were still  up on the hill sides, making the most of the Summer warmth before being brought down later in the year for the colder season.

There is little spectacular in the valley, but that is part of its charm. To enjoy nature to the full you must learn to see heaven in the ordinary. While the dramatic is to be enjoyed, the everyday greenery of the fields has its own value, it is so conducive to peace of heart and mind. Having passed Catbells we  turned westwards to follow the routes towards Buttermere Hause,the mountain pass that crosses the fells [Cumbrian for hills] towards Buttermere. On the way we passed the small  valley of Keskadale, known for its sessile oaks. The sessile oak is a tree whose acorns are stubbier than the acorns of English Oak and have no stalks. It grows well on the less fertile soils of Northern soils of Northern England, but was heavily used by industry in the early industrial  revolution, diminishing the stock to a level from which it never recovered. On the way my father was ever alert for birds, as he was a keen bird watcher when he had time, and he had a good eye for the flittings of these creatures and could tell quite well what species was which. Both father and mother were keen on landscape, but from my father I have taken my liking for identifying species of animals and plants. Lapwings, pied wagtails, curlew, none missed his experienced eye.

The road ended and we took the footpaths beside Sail Beck.  We began to rise up Buttermere Hause [pass]  whereupon the scenery became more mountain-like. The path passed between steep slopes and alongside heathery and tussocky ,sometimes boggy moorland  besides Mill Beck and then it opened up onto the easy descent into Buttermere, where we would rest and refresh a little.

There is a joy in walking downhill towards a beautiful destination, and Dad and I had it in abundance. The day was fine, we were not exhausted and refreshment beckoned.

Buttermere is a hamlet, less in size than a village, and it is mainly a collection of hotels and cottages sitting on the isthmus between  lakes Buttermere and Crummock Water. The name has nothing to do with butter, but it has much to do with a Norse Earl, Jarl [earl] Buthar, who dwelt there in the early Norman period and resisted Norman control. An independent-minded Viking doing his own thing, cherishing his freedom,not unusual, but he was good at holding on for years. The dramatized  story of the freedom loving Jarl is told in Rosemary Sutcliffe's The Shield Ring and culminates in the Norse victory over the Normans at Rannerdale, which is a good read for young persons.

There is a tale about Buttermere. One day a colonel on leave from his regiment caught  a massive pike in one of the lakes. On returning with his prize he found a telegram ordering him to return to his regiment. It was first September 1939, and Hitler had invaded Poland.  Unable to feast on his catch he gave the landlord money with the instruction "Have it stuffed and I will collect it when I return." It still awaits collection, for the colonel never returned. His widow asked the hotel to keep and display it in his memory.

Buttermere is not heavily populated and the far end of the valley, where Buttermere is set is scarcely inhabited. The footpaths occupy a narrow strip between the lake and the steep, bare slopes. At the far end is an area of flat land below the ascent to Fleetwith Pike, the mountain at the end of the dale.

Dad and I stopped in one of the hotels for a pint, he of ale and I of cider,  and then moved on to the stark Honister Pass.

This is an uncompromising mountainous area where the road ascends and descends through a harsh moorland. The slopes on either side are steep and rocky, and part of the route runs past  old slate mines where men tunnelled neath the ground to extract Britain's roofing materials, until the mines closed some years ago.They opened again recently, but much of the mine zone high in the cliffs is used for adventure sports.

The land is,as you can see from the picture,  prone to mists and rain, and at the far end is Seathwaite, England's rainiest village.It was misty that day and my father and I talked as we walked. We discussed religious matters, for Dad was deeply and genuinely religious, a man who spent his pension years serving the church before ill-health claimed him. Yet he was something of a paradox, a war time reconnaissance trooper,in a unit considered one step below commandos,he had seen much action, but it never sullied his religious piety. A faith that stood the test!  As boys we wanted tales of war, and he gave us some, but it was only in later years that I realized how hard the conflict had been for him, a sensitive man forced by circumstance to do what he did not want to do.

He had learned his first bird watching skills when on duty with the army in Scotland, and on our walk he showed me my first heron. His alert eye spotted the flight when I had seen just a bird. " A heron" he declared and pointed, and I saw the large,wide-winged creature flying over the beck [stream.] I have seen many a heron since then, as they are common in my watery area with its canals and rivers, but at the back  of my mind lurks my first experience of one,and that came from my father.

We also did a good deed. Encountering two very nice and vulnerable elderly ladies whose three wheeler car was stuck trying to ascend the pass, we stepped in to help. The hill start on the steep slope was too much for them, and they needed assistance. Dad was mainly Irish by blood and had the short,broad ,muscular physique of many Irish, a physique that he has passed on to me, so the two of us exerted our muscle to get the two nice ladies started. They waved as the car set off, and we never saw them again.

No more of note happened on that stage of the walk and we descended to Seathwaite, where being English we just had to get a cup of tea.

There were no more incidents,just a sense of achievement as we descended to Borrowdale. We walked along the dale, past Castle Crag, the volcanic plug  that juts up in the midst of the dale.It was where the Romans had a signal station.I thought on their troops, far from home and fearing the Picts. The word now denotes the savage Caledonians, but the Northern British were just as wild and killed many Romans over the years of occupation.so we walked and eventually made it back to Keswick in time for supper at seven thirty and to an evening in an inn. The end of a memorable day.

My father is now long gone, but the memories remain, golden glows in the advancing darkness of time that gathers behind us in our journey through life.

Early breakfast between seven and eight and a quick start. Wildlife mapping was not part of army training and Dad was self taught. He could identify birds by sight and by their calls.

frankbeswick, What time did you have breakfast? Is it a case of a 12-hour walk since you all returned by 7:30 p.m.? Was your father self-taught or was there wildlife mapping training as part of army duty in Scotland? Would he have been able to identify birds by flight, sight or sound or all three?

Thanks, Sandy, your words show me that my aim in writing the article was achieved.

Felt like I was on a journey, walking with you and your father. Lovely memory.

As for walking the same path, but not reliving it, I believe you relive it in your mind, and repeating the walk can help keep those memories fresh.

There is a dialect difference here, for what the Americans call birding we Brits call bird watching.

Your story touched me. I love the fact that birding gets one out in nature to walk. That's why I bird.

The afternoon tea sounds nice, but I would give the shopping a miss. It doesn't turn me on. Anyway, we stopped for a pint at Buttermere, far preferable! Yes, Dad had gained quite a lot of knowledge of nature and wild life over the years.

Are you sure you wouldn't have preferred shopping and afternoon tea with me and Mother ?

Dad's superb knowledge of wildlife and vegetation made him a superb walking companion.

Reflections on the Monarch's Death13 days ago

Walking the Great Glen19 days ago

The Rings of Power: initial thoughts24 days ago 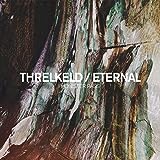