Are you interested in buying or selling gold coins? Find out how to spot counterfeit gold and silver bullion coins so you won't be cheated.

With gold prices as high as they are, it's no surprise that the counterfeit bullion trade has surged to new heights. Counterfeiters make millions of dollars every year by selling fake silver and gold coins to investors around the world. If you're planning to sell gold coins, make sure you understand how to spot counterfeit or fake coins so you don't get ripped off.

Where do Counterfeit Coins Come From?

The majority of fake gold and silver coins come from China, which leads the world in producing counterfeit bullion. According to Global Piracy and Counterfeiting, around 10% of the GDP of China is directly related to counterfeiting. With decades of practice, counterfeiters have become very sophisticated in their ability to produce fake bullion that can even fool experts sometimes, which means it's very important to get authentication for any bullion you're planning to buy and sell. Always take your coins to experienced gold buyers in Miami or elsewhere to learn more about their authenticity.

Is Your Coin Fake or a Copy?

You should also understand the difference between a bullion coin that's a fake and a copy. Copy coins just borrow a design from a popular coin and may be made from precious metals like gold and silver. They can also be manufactured legitimately and legally by private mints. These coins aren't intended to deceive buyers and should be considered a replica. Counterfeit coins, on the other hand, are designed to fool you into believing they're made from a precious metal and are usually made from a metal alloy. Occasionally they are produced using real gold, although in a smaller amount than the genuine coin. Most, though, are just a coin blank that's plated with gold or silver but falsely marked. When you sell gold coins, replicas will still have worth as they're made from gold or silver but a counterfeit coin will most likely be worthless.

Before You Sell Gold -- Know the Weight of Bullion!

The easiest way to spot a fake bullion coin is the weight. Gold is very heavy and counterfeiters will always use a lighter metal to make fake coins. Silver coins also tend to be too light, which is a dead giveaway of a fake coin. This weight difference may be so obvious you don't need a scale to confirm it's fake. If you do need your scale, remember that silver and gold bullion coins should weigh 1 troy ounce (31.1 grams) not 1 avoirdupois ounce (28.3 grams).

Look at the Quality of the Coin

Even if the coin is the proper weight, don't forget to look at its overall quality. A counterfeit coin will often be either too shiny or too dull, so it helps to see a few genuine coins before you buy and sell gold so you have a good comparison. Fakes may also look grainy as if they were cast coins, not pressed. They may even have flecks on the surface, which you won't see with a genuine coin. Always take a look at the rim of the coin, as many are coin blanks plated with precious metals. If you see a seam, the coin is almost always fake. If you can, use a magnifying glass to compare the coin you have to either a confirmed genuine coin or a clear photo online to check out the details. Finally, before you buy and sell gold coins, make sure you look for the most obvious sign of a counterfeit: misspellings and grammatical errors.

Use the Magnet Test Before You Sell Gold

This quick test also works to test gold jewelry before you sell it to a gold buyer. Silver and gold are non-magnetic so you'll know right away a coin is fake if it sticks to a magnet. Keep in mind this test doesn't tell you the metal content of the coin or necessarily mean the coin is legitimate just because it passes, but most fake bullion coins are made with iron.

Finally, always buy your bullion from licensed and accredited dealers rather than private transactions. This gives you some back-up and the ability to take action if you find out you were sold a fake bullion coin, as opposed to being out hundreds to thousands of dollars.

Gold & Silver Tests to Avoid When You Sell Gold Bullion

The tests above are safe to use on your coins and won't damage them or reduce their value. Some tests, though, should not be used on gold bullion. These tests include:

The difference between 10k and 14k gold and white gold

All About Italian Gold Jewelry Designs and Artistry

Italy is one of the leading countries in fashion and gold jewelry designs. It... 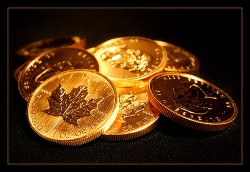 Want to Sell Jewelry? How to Evaluate Your Jewelry and Estimate Valueon 02/25/2013 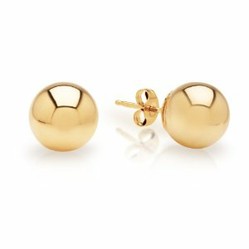 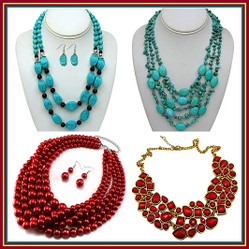 All About Italian Gold Jewelry Designs and Artistry

Italy is one of the leading countries in fashion and gold jewelry designs. It has long sought the attention and focus from the craftsmanship and skills in the field of jewelry.
Loading ...
Error!