Ammonia is a common replacement for urine in Southern Hoodoo and is used in folk magic for cleansing, clearing, protection, uncrossing and removing jinxes.

Throughout history, ammonia has proved to be the most versatile of products. The dictionary defines versatile as “capable of turning with ease from one thing to another,” and from more than 10,000 years ago to today, people continue to use ammonia in a variety of ways. This article describes some of the more popular and unique uses of ammonia in Southern folk magic and hoodoo.

The common contemporary definition of hoodoo is that it began as primarily African American folk magic that over time assimilated other spiritual traditions from other cultures such as Jewish mysticism, Catholicism, European folk magic and Native American herbalism. This is a very simplistic explanation for a very complex and ancient tradition that served a specific function for slaves during plantation days. Hoodoo gave enslaved people some form of control; albeit, spiritual control, and to outsiders simply an illusion of control. But, whether or not slave owners believed in African religious practices or not, they certainly feared it, and the open practice of hoodoo had to remain on the downlow for many many years or their practitioners suffered terrible consequences, including torture and death.

When enslaved Africans came to New Orleans directly from Africa, they arrived with intact, encyclopedic knowledge of the use of herbs, roots, bones, natural elements and their spiritual qualities. According to Dahomean cosmology, the knowledge of how to utilize the sacred herbs, roots, bones, and other natural elements for controlling and changing one’s destiny was given to them from the deity called Legba, who received the knowledge from the Forest Spirits.

The Role Of Ammonia in Southern Hoodoo and Conjure

Urine, or more commonly referred to as chamber lye in the past, was often added to floor washes to 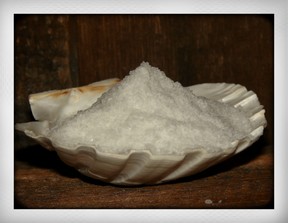 enhance cleansing and marking territory by infusing the essence of a person into the wash itself. For example, in New Orleans many years ago, it was common for folks to wash their front steps with a solution of urine, salt, bluestone or red brick dust or other ingredients that possess magical qualities of their own. The combination of ingredients forms a protective barrier, spiritually marking that territory as a ward to thwart evil and negative energies.

As is often the case with folk practices, change occurs over time. Since people no longer use chambers to hold their urine, and there are bathrooms with running water, the use of urine as a practical ingredient diminished. The younger generation, not growing up in the same context as their grandparents, began substituting ammonia for urine when it came to performing magic works involving cleansings. Ammonia is a solution of anhydrous ammonia (NH3) in water and at least since the commercialization of Hoodoo in the 1930s became the standard  replacement for urine in Hoodoo and Conjure. Various brands of ammonia are marketed to the folk magic demographic for their use in cleansing, clearing, protection, uncrossing and removing jinxes.

1. Basic Cleansing Bath. Use 1 capful of ammonia to a full bath to cleanse negative energy off of you. It’s strong stuff and you don’t need much for a cleansing. Too much can have an opposite effect of souring your life.

2. Clearing negativity from your clothes and linens. Add one capful of ammonia to your wash loads each week to keep your clothing and bedding free of negative energies.

3.  Clearing clinging negative energy off of the surfaces in your home. Pour a capful of ammonia in a bucket of hot water. Toss a bit of hyssop or rue into the water and swish everything around using a large crucifix. Take a clean white cloth and soak it in the water while praying the 23rd psalm. Remove the cloth and wring it out. It is now ready to be used to wipe down counters, doors, refrigerators and other kitchen appliances,  lamps, furniture, floors, walls, light switches, windows and blinds. Many surfaces of the home may be wiped down with this benign solution. While you are wiping down the surfaces, you should be mindful of wiping away evil messes and stagnant energy.

4.  Cleanse and prepare candles. If you don’t have any Florida water with which to cleanse your candles before a working, and you don’t want to use saltwater or holy water, take a lint free white dish towel (even a paper towel can be used for this) and pour just enough ammonia to moisten the towel and wipe down your candles with the moist cloth. Any negative funk that may have been attached to the candle will be wiped away. Be sure to let your candles dry thoroughly before using.

A More Sinister Way to Use Ammonia in Hoodoo and Conjure

So far, I have listed some of the positive ways ammonia can be used. But there is another side to ammonia - that of souring a situation or condition.Take the following as an example: 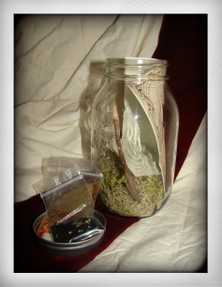 Bottle Spell to Break up a Couple (make them fight like cats and dogs).

Clip a piece of hair from a mean dog from the back left side of its body, and some hair from a black cat from its right front paw. Put it in a bottle and add some ammonia and swamp water or polluted water, or any dirty water from any source if you don’t have access to either of those. Write down the couple’s name on a piece of brown paper and put inside the bottle and shake it up. It will make them fight like cats and dogs. You can keep the bottle around and shake it up whenever you want to create havoc for them...but eventually the bottle should be disposed of either under the couple’s front steps or in a cemetery.

To Cure Swelling, get the ends of twelve leafy weeping willow stems and put in a pot of water. Add a capful of ammonia and bring to a low boil, stirring occasionally for about half an hour. Take a cupful of that willow water and add to your bathwater and bathe in it. Follow this with a rubdown of the swelling with olive oil and a tiny bit of oil of cinnamon. Do this for nine days.

To Keep a Dog from Tracking You

who might be tracked by dogs. Add ammonia to your shoes and the dog won’t be able to smell you.

Using Ammonia to Brighten the Colors of Wool

To Keep Away Evil

Take three black chicken feathers and place in a fireproof bowl or plate. Add a tiny bit of ammonia and sprinkle with salt and cayenne pepper and burn. Fumigate your home with this and it is said it will keep evil and people with evil intentions away from your home.

I remember as a child my Mom using ammonia for cleaning hard wood floors or the like and for other purposes, faint memories but I can remember the scent of ammonia. Great and interest article. Welcome to Wizzley.

Thank you for taking the time to read my first article MikeRobbers and WriterArtist!

Very interesting fact on ammonia, I did not know it could keep evil away and was a common potent for voodoo.

In many places around the world, people avoid eating food during the time of solar and lunar eclipses.
100%  45   13 Ragtimelil
Spiritual Practices

I’ve spent many years of my life searching for a spiritual group or religion that I could belong to. I’ve never really found it but it has been an interesting journey.
Loading ...
Error!