Ignorance about antibiotics and why doctors are reluctant to prescribe them has increased the risk of super-bugs developing that will be resistant to these drugs.

Recent patient surveys has shown that most people remain ignorant about how antibiotics work, why resistance develops, and the risks this creates for the treatment of diseases. The widespread use of antibiotics in animals and even in rearing tropical aquarium fish, are additional major risks that increase the likelihood of resistance developing in bacteria that may infect humans. Super-bugs with multiple resistance to a range of antibiotics, pose a threat that the next pandemic will kill millions of people.

Despite the 100 years that have elapsed since the discovery of antibiotics, recent studies have shown that most people are confused about what they do, how they work, and why, and when, you should take them. Antibiotics are extensively used in rearing animals and even in breeding aquarium fish. This ignorance and widespread overuse and misuse, has raised concerns about growing bacterial resistance to antibiotics which looms as a major health rise to everyone on Planet Earth. If and when the next pandemic occurs, we all may be at risk if the antibiotics don't work.

Why is Ignorance a problem?

The following points summarize the extend of the ignorance determined by recent surveys in Australia, US and Europe:.

So What are the Facts about Antibiotics and Drug Resistance?

Antibiotics kill bacteria and they have zero impact on viruses. For colds and flu and other common diseases caused by viruses antibiotics will be ineffective. However many people with colds and flu and sore throats only go to their local doctor or medical clinic when the symptoms get worse and last for more than one or two days. People who are sick can get secondary infections from bacteria which can cause bronchitis or 'strep throat' infection cause by streptococcus bacteria. Antibiotics can treat these secondary infections.

In Australia many doctors are reluctant to prescribe antibiotics unless they can see signs that a secondary infection has occurred through a build-up of congestion in the lungs and through examination of the throat, ears and tonsils. Many people who are sick or parents with sick children go to the doctor to get antibiotics to prevent secondary infections or to start preliminary treatment so the illness does not worsen. Patients can get very disappointed or angry when the antibiotics are not prescribed. The doctors are in a sense saving-up the antibiotics for the real and bad infections.

Every time a particular antibiotic is used there is a risk that it will induce resistance in the bacteria. It is simply a case of natural selection. There is some variation in the population of bacteria due to natural mutations that occur all the time. Rarely one of more bacteria will have the mutation which renders them resistant to the drug. These bacteria will survive and proliferate. In time, the majority of the bacteria will be resistant to that particular antibiotic and the drug will be useless. This means that every drug that is introduced has a limited 'use-by date' before the bacteria develop resistance. It is getting harder and harder to develop new antibiotics and this has become a major problem.

The notion of a super-bug develops when particular strains of bacteria in hospitals develop resistance to many different antibiotics at the same time. Normally doctors and hospitals have a range of antibiotics available. They like to keep several in reserve and use them only rarely to reduce the chance that resistance will develop. Usually they will prescribe a common and widely used variety first and then move through the list as the treatment failure becomes more apparent. What this means is that if a patient has pneumonia a doctor will prescribe one antibiotic after the other until the treatment works. However this all takes time, and the patient may die before the last remaining drug can be used and by then it may be too late.

The use of antibiotics in animals and even in tropical aquarium fish is a particular issue. Animals and fish can pass on various bacteria that cause illness in humans. The danger is that people who get these infections will be treated with the general common antibiotics first and may get seriously ill before their doctors realise the bacteria causing the illness are resistant. Animals and fish can become breeding grounds for super-bugs through the overuse of antibiotics.

Trusted at Home Medical Test for HIV, Cholesterol, Ovulation a...

Save money and time with at home medical test for allergies,cholesterol, ovul...

Water ionizers are designed to purify water supplies by using electrolysis to... 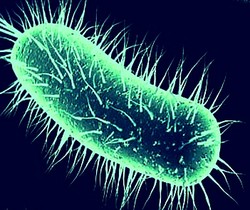 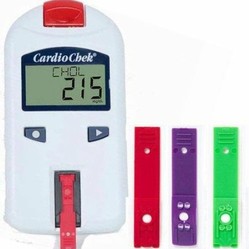 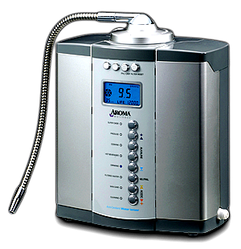 Water ionizers are designed to purify water supplies by using electrolysis to increase the alkalinity and pH of the water. This provides many health benefits.
Loading ...
Error!