An exhibition of art inspired by the Spanish Civil War is about to open at the Laing Gallery in Newcastle, following a very successful run at The Pallant Gallery, Chichester, UK.

Scars from the Spanish Civil War still haunt the imagination and this exhibition, due to open in Newcastle from March 7th - June 7th 2015, shows how the conflict affected artists of the time. These included Picasso whose painting "The Weeping Woman" is perhaps the star exhibit of the show. As well as paintings, there are rare documents and memorabilia on display - the AIA's banner for the British Battalion of the International Brigade that went to fight in Spain, emotive posters by Felicity Ashbee whose portrayals of desperate war victims were a revelation at the time, and photographs of writers, like Orwell, Hemingway, Auden, Julian Bell and John Cornford, who went to the front. All in all, it is a wonderful display of the coming together of artists, writers and believers in democracy who went to fight in the war that Hemingway described as "the dress rehearsal for the inevitable European war".

This Exhibition has been running at The Pallant Gallery in Chichester since November and I've been to see it twice.  I've long been a student of that particular conflict, led to it by my love of the poetry and prose of Federico García Lorca who was one of the first to be killed by Franco's rebel militia during the early uprisings in Granada in 1936.  Running alongside the Spanish Civil War exhibition in Chichester was a display of abstract art by the British artist Terry Frost, whose engagement with the poetry of Lorca has produced some startling prints, most notably his "Lament for Ignacio Sanchez Mejias" (1935), the bullfighter, a dramatic splash of red, black and yellow on a white background (the black of the bull, the red of the blood and the yellow for the heat of the sun). 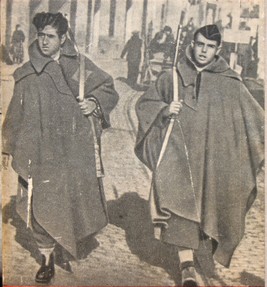 In contrast to the attention paid to the artists of the first and second world wars, the Spanish conflict is often overlooked.  The 1930's was a more ideological time than today and passions were high as intellectuals argued the respective merits of communism and fascism.  To have communist beliefs in the thirties was a normal political stance and many influential and highly placed members of the public engaged deeply with the issues of their times through political action from a communist standpoint. 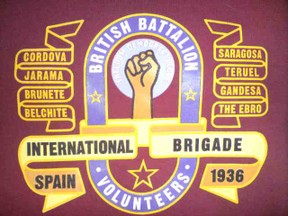 When the civil war started, the call to arms had men coming from all corners of the world to fight. More than 40,000 men and women joined the International Brigades from 53 countries (about 2,500 came from Britain)and many more joined auxiliary posts as nurses, drivers etc.

To Fight or Write (or Paint)

Whether artists and writers should actually go to war to fight against Fascism or stay at home and paint and write about it was the cause of much discussion during the beginning period of the war.  It was felt by some that art could influence people more, and the sale of it could raise money for the cause.  It was discussed even more vehemently after the early death of the British artist Felicity Browne whose sketchbook drawings of men and women engaged in the conflict inspired many to join the Artists' International Association.

This Association helped raise funds to buy and send an ambulance to the front and the leading artists of the day painted and gave work for sale, the proceeds of which went towards relief for the starving men and women in Spain.  These artists came from various schools, from the Bloomsbury Group to sculptors like Barbara Hepworth.  Julian Bell, son of prominent member of the Bloomsbury Group, Vanessa Bell, was killed in a bombing raid in 1937 while serving as an ambulance driver, a death which affected her for a long time, especially as she was one who felt that he could influence more people by working in England and had pleaded with him not to go. 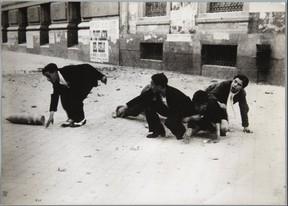 One of the highlights of the conflict years, if it may be called a highlight, was the exhibiting of Picasso's Guernica (1937) at the New Burlington Galleries in London in October 1938 and later at the Whitechapel Art Gallery in London before moving to a Manchester Car Showroom for display it to the public.  Seen by thousands of men and women, this visceral response to the bombing of a defenceless town by Hitler's Luftwaffe, influenced many of the up and coming British artists of the time.

Refugees from the Spanish Civil War

There was a huge refugee crisis during and after the war with millions of displaced people in Spain and France (France because many escaped over the Pyrenees from Spain to France).  More than 40,000 Basque children arrived in Southampton, England, in May 1937, fleeing from the bombing in Guernica and other cities in Northern Spain to be dispersed across southern England.  Their plight inspired the teenage painter Ursula McCannell who collected photograph of refugees and used them as source material for her paintings.

The Last Great Cause?

It has often been described as "the last great cause" and indeed it may well be.  Fighters have enlisted in other foreign wars since the thirties but these are usually mercenaries, not men driven  to fight for an ideal.  One could almost say that ideology died in that war.

The story of these artists, those who died and those who returned, is inspirational.  Everyone who can, should visit the Exhibition at .......

Plan International founded in 1937 as "Foster Parents Plan for Children in Spain".

It is also the 75th Anniversary of Plan International, a child sponsorship agency that grew in direct response to the Spanish Civil War which was founded in 1937 by British journalist John Langdon-Davies and refugee worker Eric Muggeridge.  Plan’s original aim was to provide food, accommodation and education to children whose lives had been disrupted by the Spanish conflict. Today it is a global organization working in 50 developing countries to promote children's rights and to lift millions of children and their families out of poverty.  It adheres to Langdon-Davies's idea of a personal relationship between a child and a sponsor - a model that puts the child at the centre -  and remains the core of what this global organisation does today.

Information on sponsorship of a child through Plan International (which costs only .50p per day and which will educate that child and help the village by upgrading facilities) is available at:

Conscience and Conflict: British Artists and the Spanish Civil War

by Simon Martin and Paul Preston

From Guernica to Human Rights: Essays on the Spanish Civil War

Thank you Steve. Maybe you'll manage to visit the Exhibition?

Thank you, Jan Toms. Your comments always inspire me to do better!

What an informative article. I had not realized the extent of involvement of British artists and writers - only sorry that I missed the exhibition at Chichester. I look forward to more of Mari Nicholson's faultless contributions.

A restored gallery at Kew Gardens is now permanently devoted to the stunning ... 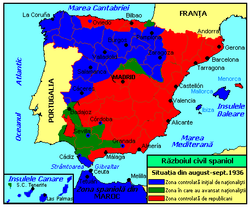 Summer art festivals and fairs can be overwhelming with so much to see and do, but proper preparation can help you get the most fun out of them.
46%  6   4 KathleenDuffy
Art Galleries 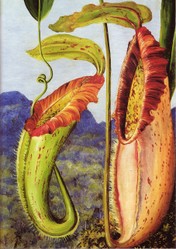