The company Planetary Resources, Inc. has asteroid sized goals in mind, and the smarts to reach them. Even more importantly, we could be seeing the return of the space age.

It's no secret that the Earth's resources have a limit to them. People have been worried for years now that we may be reaching that limit. So if someone told you that there was a near infinite amount of these same resources just outside of our grasp, what would you do? Planetary Resources, Inc. has stepped up to face all of the challenges that question presents, and when you combine this team's smarts with James Cameron's money, you look like you've put together a winning formula.

In the early 1800s, following the work of the astronomer Johann Daniel Titius, a group known as the Celestial Police began their search for the "missing planet" in our solar system. Titius has proposed a mathematical pattern existed in the layout of the system and mapped the axis of the known planets using this pattern. However, it allowed for a space between Mars and Jupiter that Titius believed was not empty. The Celestial Police went searching for the planet they believed existed somewhere in this gap, but found something else instead. At the time, they believed the two objects they discovered in this gap to be small stars, and named them asteroids. The Celestial Police had stumbled upon something huge for the time period, and we still call these giant space rocks asteroids to this day.

So why is it that today asteroids are largely forgotten about when we discuss our solar system? The planets and their moons are always the big names in space, particularly Pluto (during the debate on what we accept as a planet) and Titan, one of Jupiter's moons (during talks of the always on-going search for extra-terrestrial life). Asteroids are seemingly only at the forefront of any discussion during hypothetical apocalyptic scenarios, but even then tend to play second banana to the fanfare created by zombies or nuclear warfare. What many people have failed to realize to this date is that asteroids aren't only the harbingers of destruction they have been portrayed as, but an untapped source of precious resources with limitless potential.

Many of the resources we take for granted on Earth today, including water, may have come from constant collisions with comets and other bodies in space. The asteroids of today are no different than the asteroids of the past, containing all the same precious minerals, gases, and other resources they have trapped within them. In particular, Planetary Resources, Inc. is interested in the water trapped within these rocks as well as the precious metals such as platinum.

Asteroids are once again at the forefront of discussions about our solar system, thanks to the dreams of the men responsible for Planetary Resources.

Planetary Resources, Inc. and the Minds Responsible for the Next Great Push

Meet Eric Anderson and Peter Diamandis. These two are the co-founders of Planetary Resources and are the two men responsible for this exploration of extraterrestrial mining. The two appear as very sharp individuals who know what they're doing, and have gained the backing of some very influential names in the world today. What's more important than any of this, however, is the history these two have in the space industry.

Eric Anderson was one of the co-founders of the Space Adventures corporation, giving him an impressive knowledge of how going to space really works. Space Adventures is a space tourism company that will send clients to orbit (for a hefty fee, of course). His list of customers is impressive, including names such as Dennis Tito and Dr. Charles Simonyi. He also acquired ZERO-G (Zero Gravity Corporation) which to this day is still the only FAA approved zero gravity flight provider.

Peter Diamandis is the other head of this team. Diamandis is one of the largest names in the personal space-flight program. He is also the founder of the X-PRIZE program, a non-profit that works towards breakthroughs for the betterment of humanity. Diamandis has a long list of awards to his name and even more achievements. Together with Anderson, these two present the duo likeliest to accomplish a task of this magnitude.

Of course, it helps to have the backing of people with a lot of fame and knowledge (and of course, money). Anderson and Diamandis aren't lacking in this regard either. Famed director James Cameron, who has been dabbling a bit in the sciences recently with his trip to the bottom of the Mariana Trench, has been announced as an adviser to the company. Both Larry Page and Eric Schmidt of Google are backing the project as well, as has previously mentioned Dr. Simonyi. With names of this caliber coming together, it certainly looks like what was once just a dream is quickly becoming a reality.

Planetary Resources hopes to send a telescope into orbit within the next two years to look for suitable asteroids to mine that come close enough to Earth. There are at least 1500 of these asteroids that we know of, and each of them are either as easy or easier to reach (and return from) as our own Moon. That's only the beginning. The team is already picturing groups of drones moving to asteroids, collecting resources, and bringing them back Earth. These resources are essential in helping with any future space travel as well. It's safe to assume that if Planetary Resources' plan can take off, the rest of the world might want to go with them.

The Return of the Space Age?

We've already seen the great potential asteroids hold as resource bearers, as well as the (almost) equally great potential of the Planetary Resources team. Assuming they can keep up funding and ambition, their views could become a reality. And if they succeed, what's to stop the rest of the world from joining in? We could be facing the return of the space age.

Planetary Resources’ huge interest in asteroids containing water is not out of nowhere. An asteroid made of water-ice is an incredible resource to have. Water can be broken down into pure hydrogen and oxygen used in rocket fuel. Even a small water-ice asteroid, up to 50 meters in diameter, could contain enough water to power the manned shuttle program. As for precious metals, these asteroids are another giant source of these good conductors, and will make it easier to access the technology necessary to perform space travel.

Last year, NASA stopped their space shuttle program, putting manned missions to space on a long hiatus. As Neil deGrasse Tyson has pointed out before, NASA's funding is 4/10ths of a penny on the tax dollar. Seeing how underfunded they were, it's no surprise such an expensive portion of the organization was shut down. The move wasn't met with outrage so much as disappointment, but Tyson is one of the most outspoken supporters of NASA and is calling for the budget being raised.

Planetary Resources represents the hope for that to happen. Should Anderson and Diamandis succeed, and should they profit, governments around the world will not want to be caught behind the oncoming rush. Other corporations are looking at sending manned missions into space already, with the most notable example being the Dragon rocket. This will be the first privately owned rocket to dock at a NASA space station once it reaches the station.

But why should Planetary Resources have such a large impact on the future of space travel? The materials that they mine from these asteroids are absolutely imperative for future manned missions. Water can either be broken down into fuel or used in the actual mission itself. If a large abundance of these asteroids is found, the company could open the space equivalent of gas stations, allowing other rockets to refuel for a much cheaper price than it currently is.

We can already see the space travel industry pushing forward around the globe. Planetary Resources and the Dragon rocket are just the beginnings of what could become humanity’s next great leap forward.

Want to learn more about space? Check out these books.

I've dug up a few interesting dense rocks, that are heavier than an average rock with what appears to be a burnt outer shell. I can't beat a chunk off as they are invisible to breakage. Oh and magnetic, they may or may not be an asteroid, but finding them has def given me the fever to find more. I ran a excavating company before the building industry tanked. We dug up some interesting things.

Asteroid mining is an interesting subject and sounds like a very worthwhile and needed venture for our future.

It's about time the governments of the world recognize how small this planet is. The final frontier may be within our lifetimes.

In some cases the conflict is real, yet in others there is harmonious accord....

Nobody's perfect. In fact we are never correct. It's the foundation of science.

Space: From Earth to the Edge of the Universe
44%  10   2 blackspanielgallery
Development 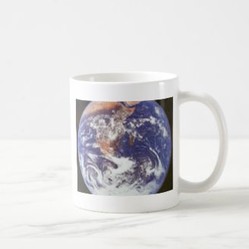 What else will happen? Some things are possible to foresee to an extent, and we can determine expected consequences.
22%  3   2 blackspanielgallery
Development 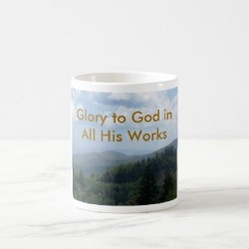 In some cases the conflict is real, yet in others there is harmonious accord. Which is the case often depends on the religion.
19%  2   2 Fargy
Development 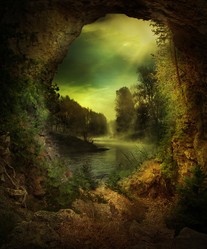 Nobody's perfect. In fact we are never correct. It's the foundation of science.
Loading ...
Error!