The festival is celebrated exclusively by women who prepare pongala on devotion to the Goddess. In the year 2015, the festival falls on March 5th. The festival date is calculated based on the Hindu calendar, and every year the preparations for the festival are organized at the temple and also the entire city, so that the celebrations go smoothly.

Pongala is the prasadam or the food offering made to the Goddess. As the day approaches the devotees start the preparation by getting everything needed to make the pongala in the traditional way. The most common food offering that you can see for the Pongala is the rice dessert or payasam made with rice, jaggery and coconut. Plain white rice in the form of porridge is also commonly prepared. Other things that are made for the festival include therali and mandaputtu - which are traditional steamed desserts from Kerala. The main ingredients in these desserts are rice flour, jaggery and coconuts.

The important thing with the festival is the offering of food to the Mother Goddess, which is known by the name Pongala. However, pongala is not made at home.

Those who wish to do the pongala, go to the temple or to the surroundings of the temple very early in the morning. Some people even come the night before, if they can stay somewhere nearby. In the early morning of the festival day, everyone finds a place near the temple surroundings where they can prepare the pongala in the traditional way.

If you wish to go for the pongala festival, you may take the earthen clay pots  to prepare the food. You also need to bring other necessities like the spatula, spoons and other utensils. And you have to find a place where you can make the food traditionally in the traditional ovens. You can probably find bricks to make the oven, but mostly you have to bring the woods needed to burn fire in the oven. Make sure you also bring all the ingredients you need to make the pongala - like rice, jaggery coconuts, and vayana leaves if needed.

Once you have find the right place and set the oven, you can fill the pots with water and rice, in order to prepare the pongala. However, the chief priest from the Attukal temple has to pass the divine fire which you can use and then pass on to others.

After the pongala is prepared, everyone wait till the holy water from the temple is sprinkled, after which the food can be served. By sprinkling the holy water, the belief is that you have offered the food to the Goddess.

You do not have to fast on the pongala day, provided you take only vegetarian food. Many people prefer not to take even water until the pongala is prepared. However, this is not a must.

Since the festival falls on either late February or early March every year, the weather is too hot during the day time and you may need to bring enough drinking water to help yourself stay hydrated. Actually you can find so many people offering drinking water to the devotees, but it is a good idea to have some water with you. If possible, find places where shades are available, like somewhere near trees, so you won't be tired.  Those who have friends or relatives staying near to the temple, usually find a place near to their houses so that they can take rest in between.

The below image from Wikimedia Commons Image may not necessarily show the pongala made at Attukal temple, but the image shows a typical pongala offering made in the traditional way. Please note that the rangoli designs that you see here are not necessary for Attukal Pongala.

Actually it will be really better if you can find a proper place, otherwise you may need to sit directly under the hot sun. Even if you can't find a place earlier, you don't have to worry because you can always find help around you. So many people offer drinking water, and many people even offer food and resting places even for the strangers. There will also be medical services available in case of any emergencies.

You can find below the pongala devotional songs in Malayalam language

There are pongala festivals carried out at many Devi temples in South India, and many of them are famous too.

However, Attukal pongala is thought to be the most famous pongala festival, where women from across the state come before the Mother Goddess seeking blessings. Please understand that men are not allowed in the temple premises on the Pongala day, other than the priests, security personnel etc.

According to the information available, Attukal pongala festival is considered to be the largest congregation of women in the world, owing to the presence of more than 2 million women attending the festival!

Have you ever heard about the Attukal Pongala festival before?

Thank you, Violette, for the explanations!

Thanks Mira for stopping by! Pongala is a sweet dish, usually made with rice, that is prepared and offered to the Goddess as part of the festivals and other rituals.

The Goddess worshipped in Attukal temple is usually referred as Attukal Amma or the Mother Goddess, but also commonly referred as Bhagavathy (there is also a much longer story related to an incarnation of Goddess named Kannaki).

I believe the deity worshipped here is a form of Goddess Parvathi.

Hi Frank, I do not know about the ancient Celtic festival, but I do not think the pongala festival is something like the spring fertility festival. During the festival time, it is summer season here. If I can find out something about how the date is chosen for the festival, I will definitely update it. Thanks so much for reading!

I haven't heard the word pongala before. You say the food is called pongala as well, but does it mean anything? And which goddess is the Godess?

The ancient Celts had a festival of the goddess on February the Second, which was celebration of fertility as the new year was beginning. Does this pongala festival serve as a Spring fertility festival like the Celtic one?

Your articles on Hindu festivals are so informative, so useful.

It's interesting to read about different cultures and celebrations. Thanks!

I have heard about the Pongala festival that is extremely popular in South India. I also like the dish that goes by the name of Pongala. 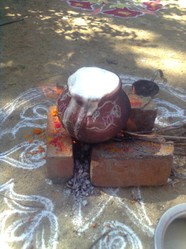 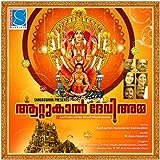 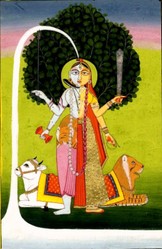 The Ardhanarishvara or Ardhanareeshwara concept also known as Shiva Shakthi in Hinduism symbolizes the equal importance of feminine and masculine energies in the universe.
75%  6   8 Ragtimelil
Hinduism