In this article I talk about backing up your computer's information

Okay, so visualize this: You own a business and you have over 1 million entries in your customer information database, you have everything you need to survive as a business on your laptop/desktop computer. It is the end of the work day and your computer is as good as can be, you shut it down and go home for the night. The next morning you come in, fire the machine up and BAM! Your hard drive has crashed, or worse, a virus got in your computer and destroyed the bootloader for your Operating System (OS), meaning you can't even boot your computer to the desktop, thus meaning you have lost EVERY BIT of your data (pun intended). Can you imagine the horror of losing all of that data? I know I can't.

Backing up your computer's data is one of the most important things you can do for the sake of your computer and your own SANITY. There is plenty of information out there of how to back up your data, and keep in mind that there are two different kinds of backups: system backups and data backups (I can't remember the official terms for each).

A system backup would deal with the OS (here is a web page I found that explains more about it, if you care to know: Click here).

A data backup is what you would expect: your music, your pictures, your documents and files, etc, etc, etc. You get the point.

There are ways, however, to back both up at the same  time. Have you ever been to a school or been in a work environment that has 10-20 computers with the same OS, same applications (Namely the staples such as Microsoft Office, Adobe Acrobat, ect,.)? They don’t have 10-20 discs of the applications and OS and run a disk on each machine, they use third-party software such as Macrium Reflect or Acronis True Image on a reference computer and either push it out through a server or burn it to a disk to install the image to the computers. This method  is called Disk Imaging, you basically take a snapshot of everything on the reference computer and burn it to a disk (or a server if you want to apply the image to multiple computers and  have a server).

Windows actually has its own disk image utilities called sysprep and imageX that is operated through Windows Deployment Services, which uses a CLI (Command Line Interface). If you aren’t comfortable using a CLI, I’d suggest using third-party software as mentioned above since it has a GUI (Graphical User Interface).

I can hear you asking “What is the best media (CD, DVD, External hard drive, ect.) to use to make my backups?” or something along those lines. Well, if it wasn’t for the file system issues with a flash drive (more on that later) I would say a USB flash drive. It is small enough to put in your pocket and you can put it on a necklace chain if need be. But because of the file system I would have to go with an external hard drive. They aren’t too bad on the price range. Heck, you could get a 2 TERABYTE external hard drive for $119.99 on Newegg.com if you know how to look, 2 TERABYTES! That is 2000 Gigabytes.

I have yet to make an image for my computer since I don’t have an external hard drive, but trust me, once I get one I'll be backing up regularly

TIPS before starting your disk image:

Thanks for the great article. I'm looking forward to learning a lot from you.

There are a lot of computer myths a lot of users believe in. Let's have a loo...

The sharpness of images on computer monitors and other electronic visual disp... 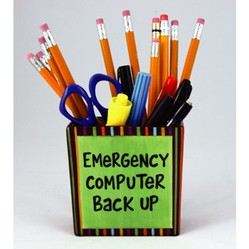 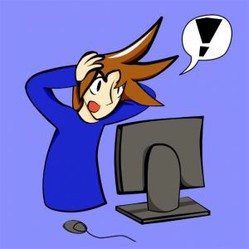 There are a lot of computer myths a lot of users believe in. Let's have a look at five most common computer myths and see whether any of them are actually true.
38%  0   5 DerdriuMarriner
Other PC Topics 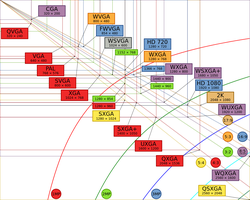 The sharpness of images on computer monitors and other electronic visual display devices depends upon pixels, which often are standardized as common display resolutions.
Loading ...
Error!