A collection of beautiful pug throw blankets to celebrate one of America's most beloved dog breeds.

There's a fairly large selection of pug-themed throw blankets on Zazzle, an online gift shop with unique items created by artists from around the world.

Zazzle's galleries feature gift ideas for a wide range of tastes and pursuits, including many items for dog lovers. Many breeds are featured. Among some of the cutest are pug-related products, since these little dogs are so comical looking.

According to the Pug Dog Club of America, these animals were first bred in China, centuries before Christ was born. These dogs were considered so important that the emperors, who owned them, would station guards to watch over them.

Then, according to another report, these dogs arrived in Europe in the 16th century. The Pug Dog Club says they were brought to the continent by Dutch traders.

For centuries, people have been dressing pugs in costumes. At one time, in 17th-century Europe, these dogs rode in coaches with their masters, dressed like little coach men.

Pugs were especially beloved by the European nobility. At one point, they even became the official dog of the Dutch House of Orange, which, it was reported, happened after one of these dogs saved the life of a prince.

Pugs were shipped across the Atlantic to the shores of the United States in the late 1800's, and were soon recognized by the American Kennel Club as a distinct breed.

The Pug Dog Club of America, which seeks to support pug owners and promote ethical treatment of all dogs, was founded in 1931.

A variety of Zazzle artists have created unique pug designs. There are dozens of pug throw blankets to choose from. Zazzle is based in Redwood City, California, so all of these blankets shown below are made in America.

Also, these blankets are made to order, so further customization options are possible. For instance, it would be probably be possible to print the recipient's name on the blanket, or a message such as "Happy Anniversary" or "Happy Birthday."

The nine pug mugs on this beautiful 54 by 38-inch blanket shown below are designed by Dog Pound Gifts, which, as the name suggests offer a huge selection of dog-related items, including neckties that feature various individual dog breeds, scarves, hats, wallets and much more.

This whimsical blanket with a brown background shows a pig pile of a pug, cat and mouse. It is designed by a British illustrator and textile maker named Sharon Turner, whose online gallery is called "Scrumilicious."

She has created many designs with bold colors and patterns, and they are featured on a wide range of products, such as iPhone cases, pillows, prints, greeting cards and more.

This blanket designed by Swedish graphic design firm named Destei, whom has created a large number of other animal-themed items on Zazzle. The pug in this cartoon depiction is silver fawn colored, and has a facial marking known as a Morrison mask.

This blanket measures 38 by 54 inches, and is made from a cotton/polyester blend.

Destei has created a number of other items in this same pattern, such as a keepsake box, a maple key rack and a round pouf foot stool, or seat, made with a cotton-fabric cover.

This pug with the monocle and top hat is part of the Crazy Creatures gallery, run by a Toronto-based artist named Jeff Bartels, noted for designs that feature wide-eyed animals, in this particular line.

Bartels has created a number of dogs and cats, but also frogs, lions, leopards, koala bears and more.

They are so homely that they're cute. There are a lot of cute pug pictures online.

I really liked these. I thought they were so cute, and would make a great gift for dog lovers.

These shops seem endless. I think I could spend several lifetimes exploring all of them.

I love the pig pile! There are so many Zazzle artists to discover.

They really are very cute. Great to have their company on blankets, it makes the rugs more warm and cozy.

Pugs are so cute!

Hi younghopes, thanks so much for pinning this.

Some of these throw blankets look so cute and i am sure they will be bought by all those who love pugs. I am pinning this

It's just about time to get a calendar for the new year and what could be bet... 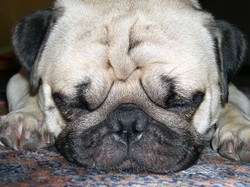 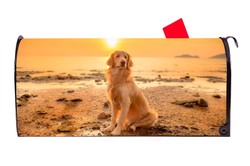 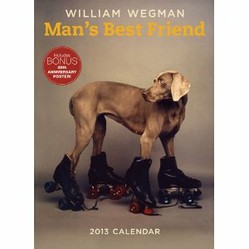 It's just about time to get a calendar for the new year and what could be better than a dog calendar? There are some seriously unique calendars of dogs for 2013.
Loading ...
Error!