Benefits of a Growing Company in Indiana

Indiana is benefiting from tax cuts along with becoming a right to work state.

Allowing businesses to grow by giving them corporate tax credits among other incentives allows businesses to flourish in the state of Indiana.

Indiana has gone above and beyond in recent months to improve the environment for businesses. Tax credits for growing businesses are causing companies to stay in the state, while others are moving to take advantage of these programs. Shortly after the tax incentives the government passed the Right to Work legislation, which prevents union contracts from forcing employees to join the union or pay fees, thus allowing businesses more flexibility in hiring.

Businesses that have location flexibility look for places where the amount of red tape is minimal. Owners also look for states or cities where taxes are lower. These two ingredients make up the recipe for business success. Indiana recently made some changes that cut taxes for growing businesses by as much as 25 percent. This is a significant drop, and enough to draw some new businesses to the state.

The Economic Development for a Growing Economy credit, or EDGE, is a refundable tax credit that entices businesses to choose Indiana over a competing state when deciding where to place their physical location. These credits are a percentage of the payroll tax withholding for the new Indiana jobs. In this way, the state rewards the business for its contributions to the job market.

The Headquarters Relocation Tax Credit works similarly. Companies that choose to relocate their corporate headquarters to Indiana can take a credit against their state taxes equal to half of the costs of the relocation. In order to qualify, the company must have at least $100 million in annual revenue worldwide.

These are just two of the credits offered by the Indiana Economic Development Corporation, or IEDC. Other corporate tax credits include a flat corporate tax rate, no inventory taxes and no gross receipts taxes. By taking advantage of an IEDC original opportunity or tax credit, businesses can lower their tax liability. This makes it very enticing to do business in the state.

Many of these credits focus primarily on rewarding growing business. The credits reward businesses for new job creation specifically, and the IEDC has created programs to reward fast-growing companies through improved capital access. This makes the state one that is designed for businesses to succeed.

The corporate tax credits are just the first of many reasons that growing businesses are choosing Indiana. As reported by LaGrange County, Indiana has an AAA credit rating, and this comes from all three major credit bureaus. Interestingly, the state is only one of nine who can claim this honor.

The recently passed Right to Work legislation also attempts to draw businesses. Governor Daniels, as reported by the New York Times, felt that passing the legislation would be the final push to draw even more jobs to the state. The Right to Work law, in addition to the credit rating and the favorable tax climate for businesses, make Indiana one of the most attractive states for businesses in the Midwest.

With the growing efforts of the IEDC, the state should continue to be one of the more business-friendly in the country. This will, in turn, translate into a thriving job market and growing business community within the state.

Authentic Business: Why Truth is the Best Strategy in Business...

Businesses often try to appear what they are not because they want to be take... 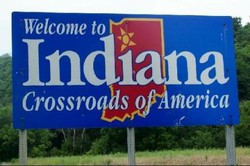 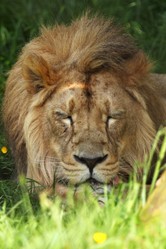 Authentic Business: Why Truth is the Best Strategy in Business-Building

Businesses often try to appear what they are not because they want to be taken seriously by others. But being authentic brings several advantages to building a successful business.
Loading ...
Error!