Biochar is a soil enhancing product newly introduced into gardens

Carbon is a substance necessary for life and therefore for the life of the intricate web of dynamic interactions that we call soil, a short, easy word that does no justice to the complexity of what it denotes. Gardeners maintain the riches of the soil by several soil enhancing products, and one of them is the newly discovered biochar, the product of research into the unusually productive soils of parts of the Amazon rain forest. This new carbon-rich soil enhancer seems to have only good effects on the soils to which it is added.

The addition of carbon to soil is not new. For many years the wagons that brought vegetables from Kent,known as the Garden of England, to London used to return stacked with soot sold to the wagon drivers by chimney sweeps. This was then sold on to farmers, who let it weather for some time before it was applied to their soil. It was regarded as a soil enhancer that had the added property of retaining heat in the soil.

Charcoal, also substantially made of carbon,could sometimes be added to soils.An example of this was found by archaeologists not very long ago. Writing in"Home:a time traveler's tales from Britain's prehistory" a book reviewed on Wizzley, Francis Pryor,a well-known archaeologist,  tells of how archaeologists unearthed a stone age site where there was a layer of black earth near the house. Francis suggested that they had found an early example of a garden to which carbon rich substances, such as charcoal,  were added to enhance fertility.

Yet the arrival of biochar owes much to the Amazon rain forest, in which there are patches of black soil that is incredibly rich and productive. This kind of soil is known as terra preta, and it is associated with old Native American sites.The sites were still rich in nutrients hundreds of years after they were abandoned. The key to their fertility seems to be that they are composed of biochar, a substance that is one step on from charcoal and substantially better for soils than charcoal is.

What is the difference? They are both created by the combustion of plant material in low oxygen conditions, but while charcoal is produced at temperatures of two to three hundred degrees centigrade, biochar is produced when temperatures are sustained at seven to eight hundred degrees. The volatile gases latent in wood are evaporated off, leaving a nearly pure form of carbon with certain qualities useful to gardeners.

The Advantages of Biochar

Scientists are still eagerly working on biochar, and I had the benefit of reading a research report by one of them in The Horticulturalist, the journal of The Chartered Institute of Horticulture, of which I am an associate. The article was by Dr Glynn Perceval and Emma Schaffert,a researcher.

Biochar applied as a powder changes the structure of soils for the better. Structure denotes the pore space available in the soil, and the ideal structure is a crumb structure, which has small particles that retain cohesion with each other and have space enough for air and water. Sand has space, but the cohesion of its particles is weak, so it blows away; clay has cohesion that is too strong and leaves little pore space between particles. Biochar seems to make for a better, more crumb-like structure, and there are advantages to this.

The advantages are that the biochar-enhanced soil retains water more effectively, and this is very important in locations and times where there is water shortage. It also retains fertilizers, and thus prevents their leaching away.This can be useful to any grower. The over-enrichment of rivers by fertilizer leaching from farmland, is a serious problem in parts of the world, such as Britain, so the application of biochar to farmland would have a positive effect. The lovely crumb structure of biochar-enhanced soil allows for humic acid produced by the humus production process to be retained and available as a plant nutrient. This form of carbonized plant material also has the ability to retain mineral nutrients in soil for use by plants, which prevents wastage Biochar has an anti-fungal role, particularly in relation to the great fungal pest Phytophthora, one of whose species releases root rotting acids that create havoc on farms. Biochar soaks up the  acids and neutralizes them.

Biochar also is found to adsorb heavy metals in soil, which are poisonous to humans, for it binds them to its surface and effectively neutralizes them.

Gardeners can use biochar as to improve soil structure, especially is they have clay or sandy soils. If your soil is sandy it will be a bit loose and prone to blow away or lose water, and the biochar will strengthen its cohesion. Clay has the opposite quality, for it is often too compact with little room for air and water, or for plant roots to pass through. Just applying biochar to the surface is insufficient, you need to dig it into the soil. If you are have a clay soil dig in some sand as well, and maybe some lime. but take a pH test first to see whether your clay needs liming. It is hard to over-lime the soil, but if the soil does not need liming you would be wasting your money. A sandy soil needs organic matter such as compost as well as biochar.

I have applied some biochar to my plot, but as I have  sandy loam enriched with much organic material my soil was already in good condition. The biochar was one of the several organic enhancements that I have added  to my soil.

Biochar is an organic gardener's dream, for it enriches soil life greatly. When it was newly discovered observers noted that terra preta soils seemed to digest fallen leaves very quickly, and the best explanation of this was that biochar supported  enhanced microbial life. Soil is a rich ferment of microbes, many of which are still little known to science or not known at all, and even those that we know participate in a massive web of interactions that challenges great scientific brains. Not only bacteria but fungi and a wealth of other strange creatures are all part of the "magical" interplay that goes on beneath our feet.

There are little known but positive benefits going on .For some reason yet unknown these biochar seems  to enhance plant resistance against fungal pathogens. According to Dr Glynn Percival, a scientist researching biochar, and his assistant Emma Schaffert this substance enhances plant resistance against botrytis cinnerea [Grey mould] and Levillula taurica [powdery mildew.] This information is good news for glasshouse growers. What is more, he tells us that a five per cent application of biochar seems to militate against the progression of Phytophthora pests. As these pests include potato blight, those of us who know the destruction wrought by this disease need to  pay attention to this research, though I stress that his research has been with the effects of these  fungal pathogens on trees.

Interestingly, Glynn and Emma state that you only need to  have five per cent of your soil enhanced by biochar to gain the beneficial effects, and more does not seem to produce any better results. So it is seen as a soil enhancer along with other organic products.

Glynn and Emma's excellent article is found in The Horticulturalist, Spring 2016.

If you want to enrich your soil you need to apply a variety of substances to it, and biochar is one. Certainly,when planting trees you could dig in a five  per cent application of biochar around the roots. But biochar is not in competition with other organic substances, rather it complements them. Sea weed, whether as meal or liquidized, is a great soil enhancer, and the minerals that it contains will be retained by the biochar.  Rock dust is a great addition to a soil, for it supplies minerals. The world's soils are being depleted of minerals by modern, destructive agricultural techniques, and rock dust replaces them, as does sea weed. Compost and manure, along with leaf mold are great soil  enhancers; and I augment my soil potassium with ash from my wood burner. You need a full  spectrum of soil enhancers, of which biochar is a new, but very productive one.

There is another great advantage to  our warming world. Biochar is a wonderful  store of carbon, for as it lasts for at least six hundred years, that's a mass of carbon safely locked up and out of the air.

frankbeswick, Very nice article about life-friendly biochar (and compost, leaf mold, manure, rock dust, sea weed and wood ash). It always helps to know where and why something works, and I enjoy your explanation of terra preta since I lived in Brazil and since it is linked with the sites that are convincing candidates for "The Lost City of Z," for whose search many people, most famously Lieutenant Colonel Percy Fawcett and his son and his son's best friend in 1925, have been known or suspected of dying.

Yes, I was thinking of you readers from the dry South West of the USA when I wrote the article. In wet North West England [and gardening a mile from the River Mersey] it is nutrients that I want to retain in the soil.

I live in dry Denver so retaining water is a real plus! May have to try some this year. Thanks. Greatly informative article.

Yes, biochar is to be dug in.

Soils infected with heavy metal to serious degree can be remediated by planting certain legumes [beans], I cannot remember which ones. These are then harvested and burned.

This seems to have many benefits, and I may consider it. The one that I really like is the binding with heavy metals. Too few people understand the problems they can cause.
I believe I am understanding you work it in, and not add to the surface only.

Organic may be over hyped but organic food, organic gardening and organic com... 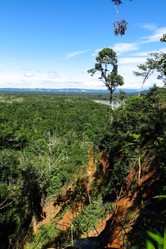 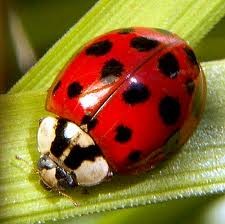 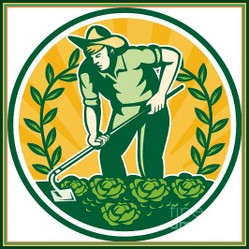 Organic may be over hyped but organic food, organic gardening and organic compost is finding place in an ever growing statistics of our life and the organic world.
Loading ...
Error!