Birth of Sophia Dorothea of Celle: Wife of the First Hanoverian King of Great Britain

Sophia Dorothea could have been the first Hanoverian Queen Consort of England. Instead, she had a miserable marriage that led to her imprisonment and lonely death.

1666 is the year that many people know as when the Great Fire of London broke out. However, on September 15 of this year, Sophia Dorothea of Celle was born and she would grow up to have a connection with Britain. Her husband and son were the first two Hanoverian kings of Great Britain from 1714. However, her life wasn’t a fairytale and she died of liver failure at the age of 60.

The Early Start to a Sad Life for Sophia Dorothea

Sophia Dorothea, like many women, didn't get the choice of who to marry and it lead to a very unhappy marriage. 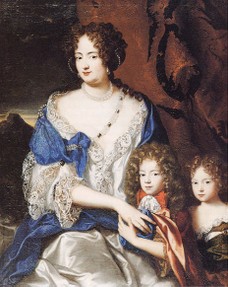 Sophia Dorothea was an only child—the daughter of George William, Duke of Brunswick-Luneburg and Eleonore d’Esmier d’Olbreuse, Countess of Williamsburg, his mistress. Despite their long term affair, it wasn’t until10 years after Sophia’s birth that the two officially married. Their marriage before this had been morganatical since the two were of unequal rank. The morganatical status prevented George William’s mistress, and their children, from taking his titles and lands. The marriage was also referred to as a left-hand marriage since the groom would stand on the left instead of the right.

She never wanted to marry the man but her father forced her. Despite the titles, Sophia Dorothea simply didn’t want to marry someone known as “the pig snout” in Hanover. From the start, the marriage was doomed to be unhappy. It didn’t helped that Sophia Dorothea was hated by George’s immediate family, surprisingly that included Duchess Sophia.

Duchess Sophia allowed (and wanted) the marriage for one reason: the hundred thousand thalers that she would receive each year. The duchess even made it clear in a letter to her niece that the money was the main reason for the marriage.

George Louis of Hanover may have seemed the right choice for Sophia Dorothea's parents but it wasn't for her. 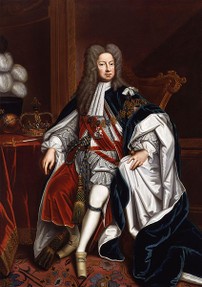 On November 22, 1682, when Sophia Dorothea was just 16-years-old, the two married. George wasn’t happy with the marriage either and constantly remained formal, which made it difficult for her to fall in love with him. She didn’t have the best etiquette and he often scolded her for this. They would also argue on a regular basis. It was clear that they resented and were bitter towards each other.

However, in 1683, George Augustus (later George II of Great Britain) was born and then a daughter, Sophia Dorothea, three years later. It seemed like everything was on track and they could be happy, until George Louis took a mistress. He favoured Melusina von Schulenburg and started to neglect Sophia Dorothea, even in public.

Fearing the marriage would come to an end or would be severely disrupted, George’s parents urged him to be more discreet with his mistress and respect his wife. The only reason they were worried as due to the yearly income of a hundred thousand thalers.

George’s response was to make it much harder for Sophia Dorothea. He started a brutal relationship against her, which led to her hatred for the man.

Sophia Dorothea Has an Affair with Philip Christoph von Konigsmarck

It was clear that Sophia Dorothea was not happy—and why would she be? Her husband was not the man she wanted to marry, her in-laws hated her and her husband was brutal and negligent to her. It was clear that she was going to start looking at others for the love and devotion she clearly needed. Thanks to one of her brothers-in-law, she met Philip Christoph von Konigsmarck, a Swedish count.

The relationship with the count started innocent. They would flirt but he was only there to cheer her up. He remained in Hanover for two years but the whole time the relationship remained platonic. He paid her the attention she craved and made her laugh and smile; something only her children had really managed for the last few years. It wasn’t until after his returned from the Peloponnese military expedition in 1690 that the platonic relationship grew.

Love letters were sent between each other. These letters suggest that they consummated their relationship. These letters ended up in the wrong hands—Sophia Dorothea’s father-in-law, Elector Ernest Augustus. Instead of making a show of his daughter-in-law’s betrayal, Ernest choose to send the lover to war. He was to fight for the Hanoverian cause against Louis XIV.

Unlike other soldiers, Konigsmarck was never given leave so they could visit Hanover. It was to stop him from seeing his lover again. However, in a rebellion against the orders, he left his post and rode to Hanover. It took him six days and on the seventh, he admitted to his desertion to Field Marshal Heinrich. He begged to remain in Hanover for leave and was allowed to remain. However, his Field Marshal suggested that he either leave the country or end the affair. Ernest didn’t give him the option and exiled him.

The Aftermath of Sophia Dorothea’s Affair

The affair didn't end happily for Sophia Dorothea or the Count. 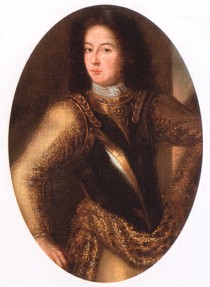 George Louis was not happy with his wife, to say the least. He criticised her for the affair but she was not about to let him get away with being so hypocritical and brought up his affair. George attacked his wife, pulling out her hair and leaving many purple bruises. He overpowered her so much that her attendants had to pull him away from her to help her.

The count unfortunately disappears after 1694. There were confessions from the Countess Platen and several guards about his death while he attempted to get Sophia Dorothea out of Hanover.

After a quick divorce, Sophia found herself sent to the Castle of Ahlden and imprisoned. She was there for the rest of her life—30 years—and was often called the Princess of Ahlden. However, there was no proof of infidelity. The only “proof” was the love letters sent between the two but these were never proven to have been sent by the two! The imprisonment did lead to George Augustus, later King George II, to hate his father, as he was so against the treatment his mother suffered.

The Death of Sophia Dorothea of Celle

Sophia Dorothea died unhappy, extremely ill and in prison and wasn't even offered a decent burial.

Sophia Dorothea’s sad story doesn’t end there. During the August of 1726, she fell ill and remained in bed for the whole time. She actually remained there until her death on November 13 of that year. She died due to gall bladder occlusion and liver failure after 60 stones were found. She wasn’t allowed an official burial and her body was placed in a casket, which sat in the cellar of the castle until May of the next year. Then it was moved to Celle so she could be buried with her parents.

George Louis would not allow Hanover or London—as he was now King George I of Great Britain—to mourn. However, the Berlin court wore black under the orders of the daughter of the two, who had married Fredrick the Great (Fredrick William of Prussia).

However, Sophia Dorothea did get the final say in the relationship. She wrote a letter, which cursed him. He didn’t receive it until after her death, sometime before his death. George actually died just four weeks after his ex-wife.

George’s reign in Great Britain was not the most successful either. He was ridiculed by his subjects and they resented his poor English skills. He was also seen as too German and his treatment of Sophia Dorothea was something they had all heard about and disliked. Arguably, the only reason he remained on the throne was because of his Protestant beliefs. The country didn’t want the Roman Catholic James Stuart, son of King James II. 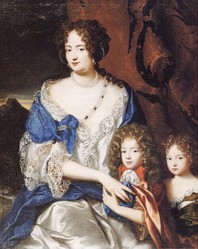 A holiday day out prompted me to think how blessed I was to be standing in HER HOUSE, her bedroom, her home and garden. With so many photos to share I decided to put some here.
96%  18   8 JoHarrington
Georgian Era