The human race mistakes this fact for SKIN color on a regular, daily basis.

The COLORS in the spectrum are: red, orange, yellow, green, blue, indigo, and violet.

The human race mistakes this fact for SKIN color on a regular, daily basis. The truth is, black and white are not colors. But the human race sure has been tricked into believing SKIN color is a color. It's very devious.

BUT THEY ARE A STATUS & STATE OF MIND!

Who decided this status? The White thinking people. Domination done by tricks, lies, manipulation and violence. This took some time to do. Once they dominated Earth, they applied a status to the cultures of Earth by "COLOR LABELING". They placed themselves at the top. Next would be the "Yellow" people, then the "Red" people, with the "Black" people being the bottom.

Where do these "PEOPLE" usually come from?:

The Red status people originally came from the Americas

The Black status people originally came from Africa, Australia and parts of the Americas

Who decided what color status would be given to these continents? "Those of Europe". You would also notice that the white visual color is the purest of all the colors...

But that was thousands of years ago. Now "STATUS" is made for ALL men. White is no longer confined to the pale people of Europe. There are Afro American white people, Asian white people and even white people in southern Americas. There are Blacks in Europe, Blacks in Asia, Blacks all over the world.

There is barely a "Middle Class" (the Yellow and Red people). There is still a Black class. In which over the years the Black class has clawed their way towards the top of the status pole. Hopefully once the lower status's reach the top (the white status), they will free all of the lower status's of people. IN FACT, it would be the right thing to simply destroy the status pole! And let man be man!

Do Not Fall for This Trick

Long as mankind falls for this evil trick, the world will get no better.  The dark side continues to take advantage of man's weakest attribute:  Prejudice of skin.  And with the help of Tell-Lie-Vision the epidemic will grove even more.  That is unless you open up your mind!

A few days ago I was in class when I heard some Asian children making fun of a ginger. I said he is ginger because he is of Irish or Scots descent. He said that he was Irish, so I told the culprits that they were making fun of a racial characteristic and that they should apologize for their racism. They did.

I like the statement that white and black are status and not colors. Unfortunately, I don't think the human race is ready to be non-racist non-biased non-prejudiced. If skin color and religion cease being sources of hatred something else would take their place.

Yes, my wife is British (from Middlesborouh) and she is Redhead. From the stories she tells me sounds like it was worse than how Blacks were treated at times. I actually wrote a book called: "Do Redheads Have Souls." I LOVE REDHEADS! Wow, I can't believe what happened to your kids. VERY inexcusable!
https://itunes.apple.com/us/book/all-...

I am glad that you said that redheads are beautiful, because there has been some discrmination against ginger people among a small subsection of the young, here in Britain. Someone announced that one day two years ago was "kick a ginger day" Pure racism! Nothing came of it, thank God. But my hair, now mainly white, was once red-gold, and three of my four chidren are redheads. You can see how unhappy I was with that proposal.

I recall one primary school football match that my son's team played. Within a few minutes of starting the game, the opposition has offensive names for each member of my son's team. I won't say what they called the black lad, but my son was being verbally abused for his red hair and freckles. But he is genetically mainly Irish, and so his hair and freckles are as much a racial characteristic as the black lad's skin is.This is racism. The schoolteacher did nothing. Inexcusable!

Truth seen Frank. My wife is a Redhead. Beautiful people they are.

Some months ago I saw a reconstruction of the face of an early European, and he was very African in appearance, and he was probably brown skinned. We are all descended from Africans. White skin and the European face structure are mutations that developed in Europe during the Ice Age, though white skin may have come from interbreeding between modern humans and neanderthals, as recent discoveries indicate that neanderthals were red headed and freckled.

Truth seen my friend. Once the world real'eyes's this everything will be at peace.

Sheilamarie, you have said what I have been insisting for years, humans are a brown species. Many of the so called white races are light brown;many of the so called black races are dark brown, mixed race people are brown, whites go brown in sunlight, and if you are Celtic and freckled, as I am, you are [I am]spottily brown.

What is happening when we read

Reading involves sharing the author's values and experiences and making them ... 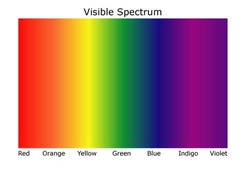 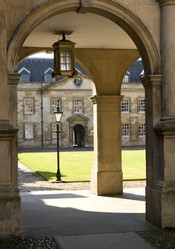 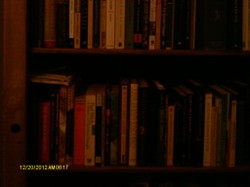 What is happening when we read

Reading involves sharing the author's values and experiences and making them part of your life.
Loading ...
Error!