At 24, Susannah Cahalan began exhibiting physical and mental symptoms that baffled first her friends and family then her doctors.

In her well-written autobiography, Susannah Cahalan chronicles her lost month. In 2009, Cahalan started feeling strange. Her first "symptom" was a couple of bites on her arm that she thought were from bedbugs.

She was living in New York City in Hell's Kitchen, so this assumption wasn't totally off the mark. But from there, she progressively got sicker and exhibited erratic behavior that frightened those around her.

Brain on Fire: My Month of Madness

Mystery Diagnosis: What Is Wrong?

Susannah Cahalan was a successful reporter for the New York Post tabloid when she began to get sick in 2009. Her erratic behavior included these physical and mental symptoms:

One well-respected New York neurologist was certain that Cahalan was an alcoholic who just needed to stop drinking. Other theories looked at bipolar disease and schizophrenia.

Posters of the Brain

A Real-Life "Dr. House" to the Rescue

A Diagnosis and "Cure"

When her condition became nearly catatonic, Cahalan was hospitalized on the epilepsy ward of the NYU Langone Medical Center. For several weeks, numerous specialists studied her, her test results, and her continually declining behavior. No one came up with any good answers.

Eventually a real-life Dr. House, Dr. Najjar took her case. Through a simple exercise during his examination of her, where he asked Cahalan to draw a clock face, he discovered what he thought was wrong. The neurologist told her family that her brain was on fire. Her body was attacking her brain.

After a brain biopsy that positively concluded that Cahalan was suffering from anti-NMDA-receptor autoimmune encephalitis. A series of drugs were started immediately with slow results that eventually returned Cahalan to her former self.

Though she has no memory of her month in the hospital when she was at her worst, Cahalan has recovered. She realizes that her body could attack her brain again, at least now she knows the symptoms and how to deal with it.

and How She Retrieved It

For a month, Cahalan was a patient in a New York hospital. And she doesn't remember any of it. To write this book, she had to use her reporting skills to piece together the lost time.

She used the following resources to put the pieces of her life back together:

Cahalan has fully recovered from this illness but realizes it could recur at any time. She has written this book and is back to work at the New York Post. Her story is a quick read that isn't too scientific for us lay people but explains the medical information in a way that is approachable and understandable.

Read More About the Brain

Have You Read Brain on Fire? Think You Will?

Yes, Cahalan explains so well her particular predicament and lets us see how lucky we are when we're healthy!

I heard Susannah Calahan interviewed on CBC radio when she was releasing this book. Every day we have of life is a gift. Stories like this help me realize how fragile life is and how grateful I am to be given another day.

This did play out just like an episode of House, I enjoy his style very effective. I had heard about the Susannah Cahalan story but not in much detail. it's good to get the rest of the story. Well done and great images!

This is a shocking story. We are so vulnerable. Now you are here, full of plans and everything and then, just click - everything changes upside down.

You're so right, Brenda. We never do know. Good luck to your FB friend. Susannah Cahalan was at the right place at the right time for her correct diagnosis.

You just never know when something debilitating is going to strike you. You can be perfectly healthy and then bam! It doesn't matter whether you're young or old either. I have a friend on FB who suddenly aquired a rare and debilitating disorder that is life threatening. I've learned that most Dr.'s go by the text book. It's usually the Dr. who looks outside of the box that gives the right diagnosis.

If you have a math and science geek in your life, consider getting them a mag...

by Peggy Hazelwood. Jodi Picoult's novels are as popular as any author's I kn... 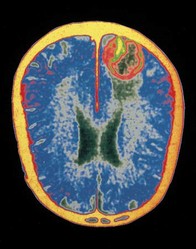 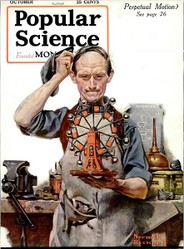 If you have a math and science geek in your life, consider getting them a magazine subscription or two. It's the gift that keeps them entertained and educated all year long.
27%  2   3 PeggyHazelwood
Fiction 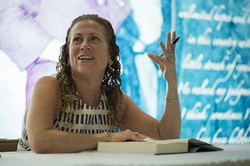 by Peggy Hazelwood. Jodi Picoult's novels are as popular as any author's I know. Choosing just five is the hard part!
Loading ...
Error!