Catherine of Aragon Gives Birth to a Stillborn Daughter: The Last Child of Henry VIII and Catherine

Catherine of Aragon gave birth to a stillborn daughter on November 9, 1518. It would be the last pregnancy but how many did she really have?

On November 9, 1518, Catherine of Aragon gave birth to her last child. Unfortunately, this wasn’t meant to be. Not only was it a daughter (yet another disappointment for Henry VIII), she was stillborn or died very shortly after the birth. Between 1509 and 1518, Catherine had be pregnant numerous times and only have one living child to show for it, Mary Tudor who was born two years earlier.

Unfortunately, very little is known about this birth. It was uncommon for the births to be recorded if the baby didn’t live long afterwards. So, it’s difficult to know whether the baby was born alive or not.

A Great Sorrow for the Nation

Catherine's pregnancy was a sorrow to the whole nation because it wasn't a boy! 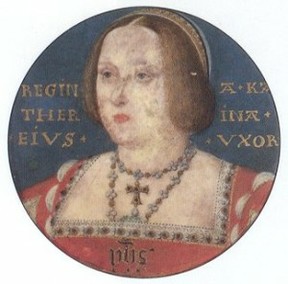 You’d be forgiven for thinking that the great sorrow for the nation was that the baby didn’t survive. That would be the case now. However, the great sorrow was that the baby wasn’t a boy. Henry VIII needed a prince. He needed an heir—a girl couldn’t rule the country! Fast-forward 40 years and you get the start of one of England’s greatest monarchs, Elizabeth I, but before this there had been no precedent that a woman could rule the country.

England desperately needed a prince. There was just too much uncertainty if Princess Mary was to become the Queen of England. At the time, they didn’t realise that it was going to be Catherine’s last pregnancy though. Considering Elizabeth of York had babies up until the age of 37 and Catherine of Aragon was 33 so there was still chance. However, Catherine started menopause quite early and by 1524 it was clear that there would be no more chances for children.

How Many Pregnancies Did Catherine of Aragon Have?

Six, nine and ten are all the numbers regularly credited to Catherine of Aragon.

Catherine is often credited with “several” pregnancies but it is difficult to put an exact figure. It’s important to look at the reports, where there is usually between seven and nine credited to her. J. J. Scarisbrick states that there were nine: Three (two males) were stillborn/died quickly after birth, Two (one male) died as an infant, one daughter who survived and then the rest were miscarriages. Doing the math, that would mean in the space of the nine years, Catherine was pretty much never not pregnant! If that number is true, I'm glad it wasn't me. I couldn't imagine having a second straight after a first, let alone going through multiples.

A. F. Pollard goes to say that there were as many as 10 pregnancies. 10 in the space of nine years—I really feel for Catherine if that was the case.

Six is the most common accepted number of pregnancies and that would be the number that is recorded of births that she had. There were births in 1510, 1511, 1513, 1514, 1516 and 1518. The one in 1511 was the birth of Prince Henry, who lived for just seven weeks. The birth in 1516 was Princess Mary, who went on to become Mary I of England. By the way, the figure above of the ones that were stillborn and the ones that died as an infant don't add up when looking through the list of those recorded. It would mean four (two males) were stillborn/died shortly after birth and only one lived for a few weeks.

Could Catherine's early births have something to do with the high death rate? When looking at the list of births, it is clear that many of them were early. The daughter born in 1518 was a month early, along with a son born sometime in November of 1514. Their first daughter, born January 31, 1510, was born just 33 weeks after they married. Catherine of Aragon doesn’t strike me as a woman who would have slept with Henry VIII before her marriage, so I would say that the baby was born seven weeks early—that baby was another stillborn.

This may have contributed to the high death rate. It would make sense considering the poor medical care. Babies born before 37 weeks now aren’t guaranteed to live without the proper medical care. I haven't seen the dates of the other three babies, so I wouldn't know if they were early or not. I don't believe they were, since it wasn't recorded. That would lead to the assumption that it was a normal pregnancy.

Some Videos of Catherine of Aragon

What About Catherine of Aragon’s Miscarriages

Surely there were miscarriages that Catherine of Aragon suffered. 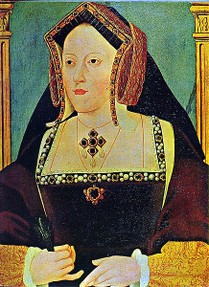 I really feel for Catherine of Aragon. It wasn’t her fault that she failed to provide Henry VIII with an heir. It was a mixture of lack of knowledge, medical care and I would say the stress of the times. November 9, 1518 would mark the last pregnancy for the Queen Consort and it seemed the end of hope that Henry VIII would have an heir. Little did the country know at the time that Henry VIII would change the religion of the country just to divorce his wife and marry his second, Anne Boleyn, who suffered similar fates with her pregnancies.

Arthur Tudor’s Birth: The Expected Future King of England
Somewhere between September 19 and 20, 1486, Arthur Tudor was born. He was expected to become King of England and named Arthur after King Arthur and the Knights of the Round Table.

Henry VIII: The King with Six Wives
King Henry VIII is well-known for two things: his six wives and the religious reformation. How much do you really know about him?
Updated: 01/15/2014, AlexandriaIngham
Thank you! Would you like to post a comment now?
1

Very interesting. I'd hate to be pregnant continually, especially when none survived. Love your history pages! 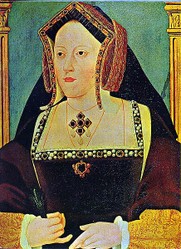