Catherine of Aragon Marries Arthur Tudor: An Event That Comes Back to Haunt Her

Catherine of Aragon married Arthur Tudor in 1501. The marriage would last six months but it was a major point during her second marriage.

On November 14, 1501, Catherine of Aragon married Arthur Tudor. Arthur was the Prince of Wales and heir presumptive to Henry VII of England. At the time, there seemed to be no problems. Arthur was never a sickly child and had been raised to be the next King of England. However, he died within six months of the marriage but that short time would cause problems for Catherine later in her life. Eight years later, Catherine would marry for the second time to the new King of England and her once brother-in-law, Henry VIII.

Catherine of Aragon was three years old when her marriage to Arthur Tudor was arranged. 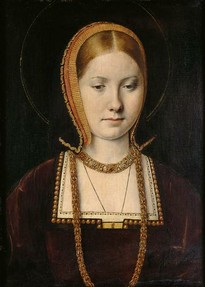 Despite Catherine being 16-years-old, this was a marriage that had been planned for 13 years. She was three years old when her parents, Ferdinand II of Aragon and Isabella of Castile, agreed to the terms of the marriage with Henry VII of England. However, just because their daughter was now betrothed to the English heir didn’t mean that they would stop looking.

Henry VII’s claim to the throne was weak. He had married Elizabeth of York and overturned Richard III’s act that she was illegitimate but it didn’t stop a number of pretenders coming to the throne. It made the Spanish monarchs worry about England’s future and their daughter’s possible gains. They wanted something more secure. However, Henry VII kept putting pressure on them to send their daughter to him so she could marry his son.

By 1501, there were no other prospects and Ferdinand and Isabella finally gave in. Also, by this time, Henry VII had stopped the majority of the pretenders and strengthened his own claim to the throne. That strengthened his son’s claim. Catherine was sent to England with a small number of ladies and reached England on November 4, 1501.

Arthur and Catherine finally met for the first time. There was likely no love between them, as they had only communicated through formal letters, but there was an attractions and Arthur wrote to his future father-in-law to promise to protect and care for his bride. The wedding was set for November 14, just 10 days after meeting.

Despite Henry VII being known for his penny-pinching, he celebrated his first son’s marriage to the Spanish princess in style. No expense was spared for the couple. Catherine was escorted down the aisle by the Duke of York—Henry VII’s second son, Henry Tudor, who would later become Catherine’s second husband.

Was the Marriage Between Arthur Tudor and Catherine of Aragon Consummated? 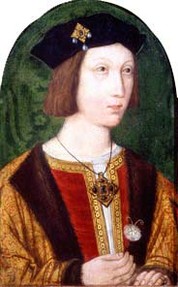 That is the big question that many people ask. It was the question that Henry VIII wanted answers for during his seven year attempt of divorcing her. Catherine of Aragon swore on oath that her marriage to Arthur had never been consummated. However, there were rumours of the opposite.

There was a very typical ceremonial event after the wedding and it was done by Arthur’s grandmother, Lady Margaret Beaufort. Their bed was first sprinkled with some holy water and then Catherine was led to that room by her ladies. She was then undressed and veiled before being laid in the bed. Arthur was escorted to the bedchamber by his gentlemen, in just his shirt and gown. The couple were blessed by the Bishop of London and a prayer was said for a fruitful marriage. The two were final left alone. This is the only recording of such an event for the two.

Nobody knows what really happened behind those closed doors. According to Catherine, nothing happened. However, Arthur shared a different tale with his gentlemen, boasting about spending a night in Spain. This may have just been for show, though.

The two were sent to live in Ludlow Castle after this but they were both ill for much of their short marriage. Arthur Tudor died just six months later of possibly the plague, sweating sickness or tuberculosis; three very common causes of death in Tudor England.

Whether the marriage had been consummated or not, Henry VII needed a papal dispensation for his plans to work.

Henry VII didn’t want to lose the dowry for Catherine, so made an offer to her father. He proposed that she marry his second son, who would now be the next King of England. However, a papal dispensation was needed considering she had married his brother. Men were forbidden under canon law from marrying their brother’s wife. The pope granted the dispensation under the grounds that the marriage had never been consummated.

Catherine swore that nothing had happened on her wedding night or any time during her first marriage. It may have been pressure from Henry VII to say this or the threat of being left without a home or money but she was also a very religious woman. She tried everything to keep her second husband and put up with his affairs. She was banned from seeing her daughter and lived a life of poverty and misery in her final years. Would she really have allowed all that if she had consummated her marriage to Arthur Tudor?

Catherine didn't have much of an easy life before and after her marriage to Henry VIII of England. 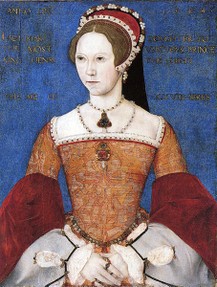 However, the journey from the dispensation to the marriage to Henry VIII was not easy. Her father-in-law procrastinated, searching for a better match for his second son. Catherine was left in poverty with just her loyal ladies-in-waiting. She had to sell her own jewels to be able to afford to pay for them and feed everyone. She was virtually a prisoner at Durham House and regularly complained to her father about the treatment through letters.

She was made the Spanish ambassador in 1507; the first female to be given the role. It seemed like the perfect opportunity for Henry VII—he would be able to manipulate a female. However, Catherine proved that she was not so simple and stood up for what she believed in.

Henry VII never allowed his second son to marry the Spanish Princess. However, one of the first things Henry VIII did as king was to marry his brother’s wife. They married on June 11, 1509 and had at least six children together but only one of those would survive infancy and go onto become Queen Mary I of England. 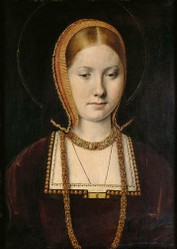