A selection of beautiful Catholic-designed blankets to give as gifts or to enjoy yourself.

During the Middle Ages and the Renaissance, a lot of beautiful Catholic art was created. This was a time when people were not afraid to publicly profess their piety, and when God was the center of society.

Nowadays, we live in a much more secular world, and it seems as if a lot of people have put God away. However, Catholic art can still be found, in the various reproductions of the masters, such as Fra Angelico, Sandro Botticelli, Fra Bonaventura Bisi and many others.

There are also modern artists, which give a fresh look to the faith, but have retained the timeless dignity and reverence of the masters of old.

Because of computer technology, a number of reproductions, both old and new, are available. The Internet has allowed a number of Catholic artists to turn their creations into lovely pieces of art that are both beautiful as well as functional.

One example is the selection of Catholic blankets now available on Zazzle, an online gift shop based in San Francisco, which allows artists to open their own stores and sell their products to people around the world. All of the following creations are not mass produced and are not available in regular stores. So, if you decide to give one as a gift, you can rest assured the recipient has probably never seen anything like this.

Our Lady of Guadalupe is a very popular devotion in Mexico and in other parts of Central America. Praying to the Blessed Mother under this title is based upon a Church-approved apparition that happened in the year 1531, when a Native American peasant named Juan Diego reported a vision of a beautiful young girl clothed in the traditional garments worn by natives in that area.

Many people in North America ask Our Lady of Guadalupe's help, especially with protecting the unborn. She has come to be closely associated with the pro-life movement. Some people believe the original image, which appeared on Juan Diego's cloak, is that of a pregnant woman. If you look closely at her rust-colored robe, she does seem to be with child.

The blanket shown below is a beautiful rendition of this popular New World devotion. It shows Our Lady, based on the Biblical passage, found in Genesis, that refers to a woman (whom we nw know as Mary) crushing Satan's head with her heel.

Bordering Mary in the middle of the blanket are pink roses. Fresh roses were the sign given to Juan Diego to bring to his bishop, in order to convince him of the authenticity of his story, as these flowers would not normally be found growing that time of year.

Saint Jude is undoubtedly one of the most popular and beloved Catholic saints. This Apostle is credited with bringing Christianity to Armenia.

For centuries, Catholics have asked Saint Jude for help when all seems lost, and the situation appears impossible. He is considered a patron saint of the hopeless, because of a letter he once wrote to early Christians, imploring them to keep moving forward, despite their difficulties and trials.

Saint Francis of Assisi was an Italian reformer who died in the 13th century. He is the founder of the Franciscan order, which has now spread throughout the world.

Although he was born into wealth, Saint Francis elected to live in poverty. He strove to live in peace with all creatures, even animals. One story that's been passed down through the ages concerns a wolf, which had conducted repeated attacks on a village. Blessed with mystical abilities, Saint Francis was able to broker deal with the hungry wolf. If people agreed to feed him, he'd stop attacking them.

This is a beautiful blanket that depicts Christ teaching His flock. This image is designed in the style of a Byzantine icon, a form of holy art that's found inside Eastern Rite parishes in union with Rome. These churches contain two-dimensional paintings, rather than the statues typically found in Roman Rite parishes. Icons show Heavenly beings with elongated features, as they are now in the spiritual realm, and, therefore, look different than they did living here on earth.

Hi Telesto, that's why I really like Zazzle, for these unique gift ideas.

Zazzle has so many great gift ideas. Thank you so much for reading.

I agree with WriterArtist, wow was my first thought. I didn't even know these existed.

Wow - you really have a knack of finding beautiful Catholic gifts.
These blankets not only look beautiful with those prints, they look warm and cozy.

These are some beautiful Catholic neckties designed by Zazzle, an online gift...

Here is a selection of great Catholic saint T-shirts, for that devout person ... 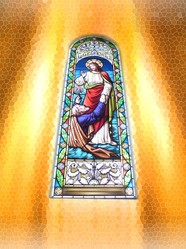 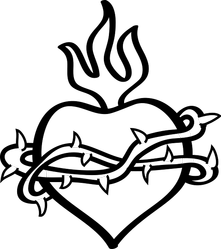 These are some beautiful Catholic neckties designed by Zazzle, an online gift shop.
33%  2   4 ologsinquito
Catholicism 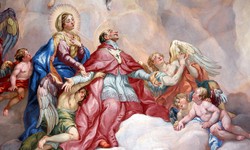 Here is a selection of great Catholic saint T-shirts, for that devout person on your Christmas list.
Loading ...
Error!