People say Cats have 9 lives but what about humans?? Is it possible to escape the Grim Reaper more than once??

I had two brushes with death. Once when I was 8 years old and 15 years later I cheated the Grim Reaper out of another chance to get his claws in me.

My sister and her friends were going to the beach and I begged to be taken along. After much cajoling we all went to have fun. My sister was on the shoreline with her friends while I waded into the water. I heard my sister remind me not to go too deep since I did not know how to swim so I said "okay". 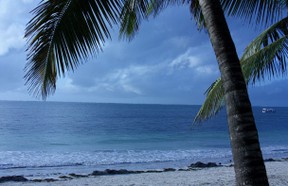 I started to play in the cool water and because the beach is protected by an outer reef the waves were almost non-existent.  The only two swimming moves I knew were the Dog Paddle, where you imitate swimming like a dog and back float where you are basically lying on the water while you are relaxed.

With my arms acting like propellers I swung myself back and onto the water and just laid there. The sun was hidden by clouds so I looked up and just watched the clouds roll by.  I was moving my arms slowly back and forth so I decided to right myself and walk back to the shoreline.  As I stood up I realized I could not touch the sandy bottom. I PANICKED and I felt my body sinking. I started to flail my arms to try and keep my head above water but as I was doing this I had my mouth open and was swallowing the salt water.

On this day the beach was not crowded, in fact, we were the only ones in the area. The nearest people and Lifeguard station was about 50 yards away.  As I tried to stay above water I started yelling for help. I was in about 6 feet of water and I started to hear my sister yelling, "back float, back float" so I did and swam towards the shore all the while coughing and trying to spit up water. When I got on shore I just coughed. My sister tried to comfort me and although we never mentioned this incident to our Parents I understood why my sister couldn't help me, she didn't know how to swim either.  I keep wondering what would have happened if I had swam into deeper water.  I probably would have drowned.  My second brush with death came 15 years later.

I was working for a catering company and my co-worker and I were the only ones working after 8 pm..  We took turns doing different cleaning chores and on this night it was my turn to take out the rubbish which included cardboard boxes.  On this night there was a light drizzle and the rubbish bin was outside so I took everything and dumped it into the already full bin.  To make more room we would climb the bin and stomp on the rubbish and boxes.

The top of the rubbish bin is about 5 feet off the ground and as I was climbing up the slippery surface of the bin I slipped and fell backwards landing on my back and hitting the back of my head onto the rough asphalt surface.  I laid there for a few seconds and slowly tried to get up.  I wear glasses and when I fell it came off. I was panicking more about my glasses than my health so I shouted for my partner.  He came out and I told him what happened so we searched for my glasses.  He found it in the rubbish bin and he helped me in.

When I sat down he proceeded to ask me a battery of questions.  "How many fingers do you see", "who is the President", "what is the date", etc.  I answered all his questions correctly and he examined the back of my head.  A trickle of blood was present so he made a makeshift ice pack using ice and wrapping it up with tin foil.   He told me he would finish up and that I should go to the Hospital after dropping him off at his place.  I agreed, called my Mom and told her what happened and that I would go to the ER to have myself checked out.

I felt myself blacking out so I tried to stay awake and after my partner finished we went to my car and started up the motor.  It was about 11 pm.  I dropped him off at his place and he reminded me once more to go to the ER.  I drove away and.............and the next thing I remember was hearing my Mom ask me "what's the matter, why are you walking in and out of the house?".

I was sitting in my car at home when she asked me this so she helped me in the house and she looked at the back of my head with the blood trickling down so she knew I didn't go to the Hospital so she called an ambulance.  Daylight was breaking as I got to the hospital and I was seen by a Doctor who took X-rays and he told me I will be staying in the hospital at least overnight for observation.

When he told me the results of the X-rays I was in total shock and disbelief.  It showed a concussion but the thing that really shook me up was the fact that if II had hit my head on the ground about half an inch more higher,  I would be DEAD.

I didn't know what to think  If you put your fingers to the center of your head and press down slightly you will feel a tender spot in the back of your head.  The Doctor told me if I had landed on that part I would have died instantly.   What is equally frightening is that I do not remember driving at all.  Driving my partner the 2 miles to his place and driving home about the same distance and miraculously not causing one accident, getting home safely, I don't remember any of that, even to this day.

Over 30 years later I probably will never remember parts of that night but for two incidents in my life I cheated death. Either I am one lucky guy or my Guardian Angel is really looking out for me.

Your guardian angel was undoubtedly doing a very good job. Glad to hear you survived those accidents.

I was in a bad accident a few years ago. My husband always wishes me happy birthday on that date. He says I got a second chance of life on that day. 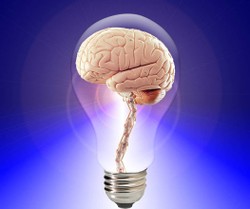